Tumor protein interaction analysis database. If you want to directly use the interactive network of this website to make the result graph, this database provides the option of custom adjustment.

For interaction analysis, we have introduced two databases: STRING, BioGRID and ConsensusPathDB. Among them, STRING and ConsensusPathDB are a comprehensive database for querying protein interactions; BioGRID is a database for querying single gene interactions. These comprehensive databases often do not limit the search of diseases. But for different diseases, the mechanism of action within genes is often different. Therefore, traditional interactions are often not necessarily suitable for specific diseases. At this time, high-throughput sequencing data of specific diseases is often needed for further verification. So today I will introduce a database that can interact and verify tumor-related diseases: PINA(https://omics.bjcancer.org/pina/)image

1. Introduction to the background data set

For the interaction between genes, PINA is constructed by integrating the results of multiple data. This database integrates data from interactive databases such as IntAct, BioGRID, MINT, DIP and HPRD.

For the subsequent analysis of the interaction in the tumor, TCGA’s RNA-seq and some TCGA+CPTAC protein profile data are used image

For the entire protein network database, it mainly includes two steps, one is to construct a protein interaction database; the other is to further analyze the network. 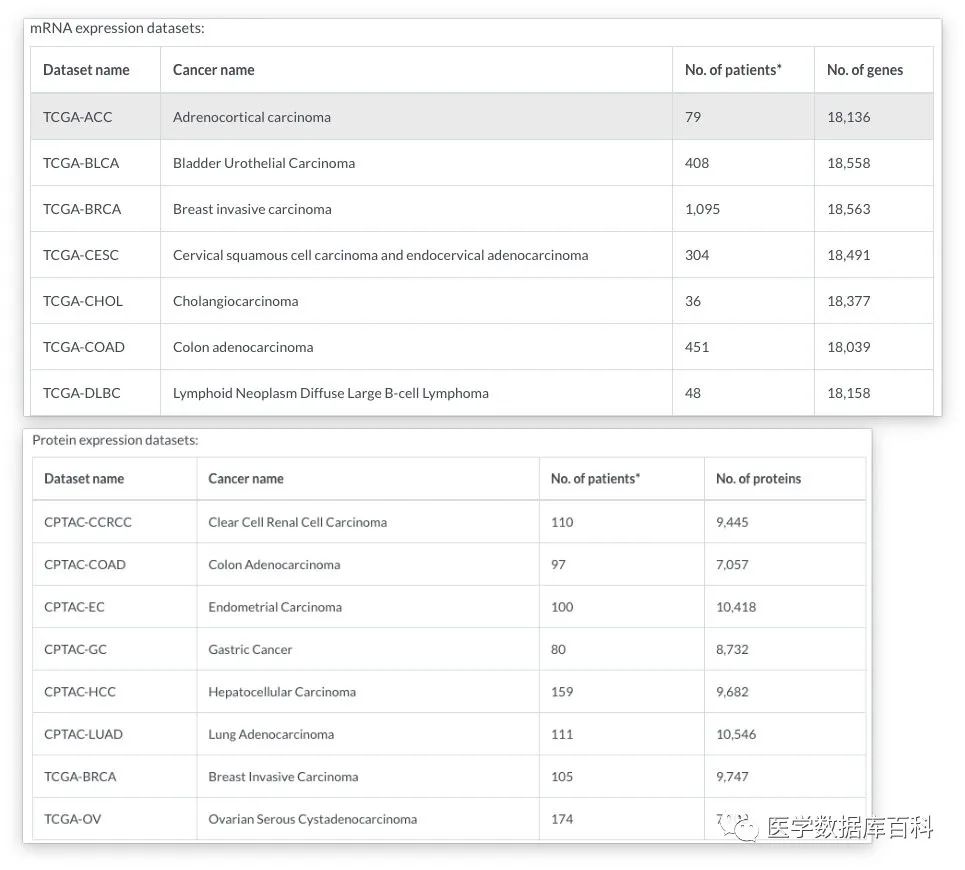 For the construction of interaction networks, the database provides four methods for constructing networks:

For example, we want to find out which proteins interact with these three proteins.

The database can enter the gene name and the protein ID of uniprot. Regarding the conversion between the two through biomart

After importing, we can obtain other proteins that interact with these three proteins. The whole result interface consists of two parts,