Stability of p53 protein is not necessary for its tumor suppressor effect.  p53 is one of the most important tumor suppressor genes, and more than half of cancer patients carry mutations in the p53 gene.

p53 can activate a variety of signaling pathways to inhibit tumors, such as cell cycle arrest, cell senescence, apoptosis or iron death. Another important function of p53 is to respond to environmental stimuli and help cells overcome difficulties caused by various stresses, including DNA damage, excessive ROS, and insufficient nutrients.

In cells, p53 is a very unstable protein with a short half-life. This is mainly because there are many proteins that regulate p53 levels in cells, the most important of which is MDM2. MDM2 can either ubiquitinate p53 to promote its degradation, or directly bind p53 to inhibit its transcriptional activation function.

The traditional theory is that when cells are stimulated, the binding of MDM2 and p53 will be destroyed, leading to the accumulation of p53 protein, which affects downstream gene expression and enables cells to respond to the stimulus. Similarly, for p53 to function as a tumor suppressor gene, it also needs to get rid of MDM2-mediated degradation, so as to stabilize the p53 protein to function. 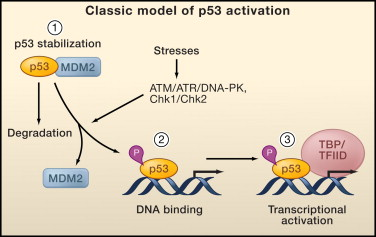 Professor Gu Wei from Columbia University Medical Center is an important scholar in the field of p53. In a Cell review in 2009, he put forward a new view on the mechanism of p53. He believed that the activation of p53 is not only due to the stability of its protein (increased protein level), but also due to the elimination of various negative regulatory binding proteins. Inhibition of transcription activity (Antirepression). According to this model, it is speculated that if p53 can not be inhibited by various negative transcriptional regulatory proteins, even if its level is not significantly increased, it may be able to exert its normal tumor suppressor function. 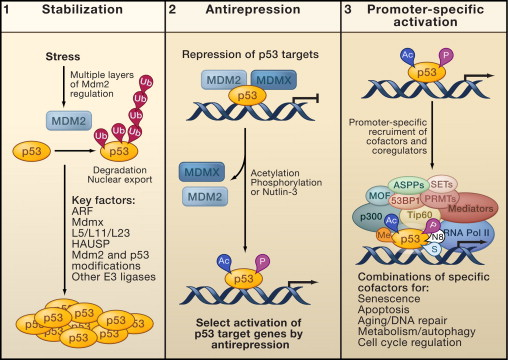 MDM2 ubiquitination of p53 mainly occurs on the six Ks (K369, K370, K378, K379, K383, and K384) of the C-terminal domain of p53. In this article, the author mutated these six K to Q to simulate the acetylation state of the C-terminal of p53. This 6KQ mutation firstly makes p53 no longer be ubiquitinated by MDM2, and secondly it can also release its binding to certain transcriptional repressors. For example, a Nature article in Gu Wei’s laboratory in 2016 found that the SET protein can selectively bind to the unacetylated C-terminal domain of p53 and inhibit the transcriptional activation function of p53. 6KQ p53 will no longer bind SET. 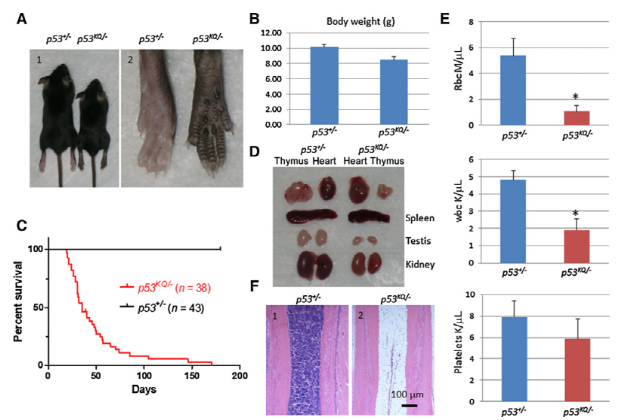 What is interesting is that although these mice showed activation of p53 (for example, the up-regulation of p53 target genes was observed in different tissues), the content of p53 protein did not increase significantly. This indicates that the activation of p53 does not depend on the increase in the level of p53 protein, but as long as the inhibitory effect of transcription repressor protein is released. 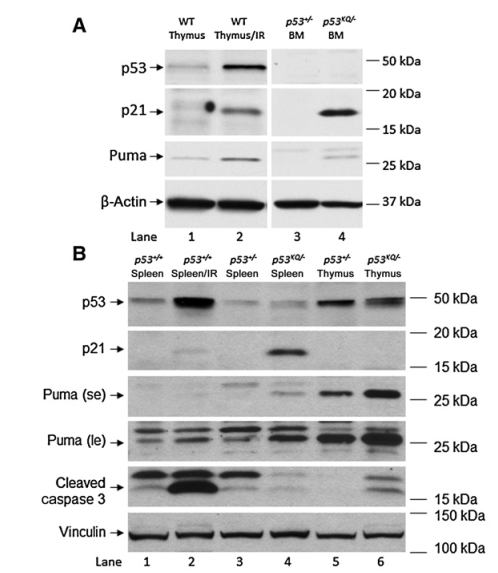 Next, in a classic pancreatic ductal adenocarcinoma (PDAC) model, the author once again observed the tumor suppressor effect of p53KQ/KQ. However, the level of p53 protein still did not increase significantly. 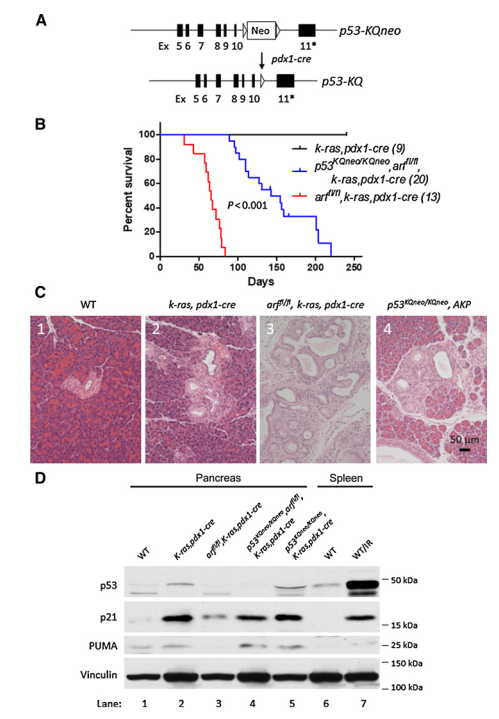 In summary, the authors used p53 transgenic animal models to prove that the stability of p53 protein and the increase in protein levels are not necessary conditions for its tumor suppressor function.

This research challenges the traditional view on the mechanism of p53. Although DNA damage and other stimuli can significantly increase the level of p53 protein, this is not necessarily the case in the p53 tumor suppressor function. One explanation is: if it can increase the level of p53, but also get rid of the negative regulation of transcription inhibitors, then the activation effect of p53 may be stronger. Because environmental stimuli are often short-lived, p53 is required to function as quickly as possible, so stronger p53 activation is required. Tumor occurrence is often a slow process, so even if the content of p53 does not increase, tumors can be inhibited by increasing the activity.