Is radiotherapy effective for brainstem glioma?

Is radiotherapy effective for brainstem glioma? Brainstem glioma (BSG) surgery is very difficult, and its treatment is based on comprehensive treatment, including new therapies such as surgery, radiotherapy, chemotherapy, gene targeted therapy, and immunotherapy. 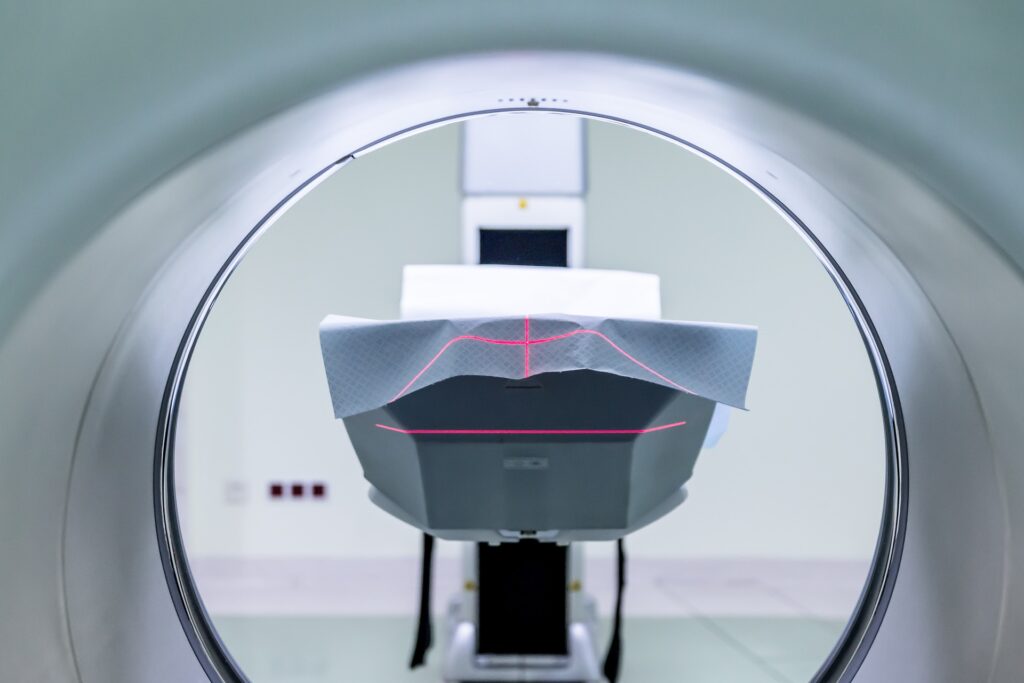 Generally speaking, radiotherapy is the standard treatment for DIPGs (diffuse endogenous gliomas of the pontine), but it can only temporarily improve symptoms and cannot prolong its overall survival. Chemotherapy is effective for partial recurrence or residual postoperative PAs (pilocytic astrocytoma), but various chemotherapy regimens have not significantly improved the prognosis of DIPGs. Surgery can significantly improve the prognosis of exogenous and focal low-grade tumors.

Under what circumstances need radiotherapy?

Under what circumstances is not suitable for radiotherapy?

· Those who are less than 3 years old; · those with poor general conditions or severe brainstem failure and unable to tolerate radiotherapy; · those with severe hydrocephalus that have not been treated; · those with unhealed wounds or local infections; · it is recommended that the pathological diagnosis be as clear as possible Then choose radiotherapy to avoid misdiagnosis and treatment.

What are the adverse reactions of radiotherapy?

The acute reaction of brainstem radiotherapy is manifested as aggravation of previous neurological dysfunction or new neurological dysfunction; MRI manifests as thickening of the brainstem and diffuse edema. The application of glucocorticoid can relieve the symptoms. If there are changes in breathing, heartbeat frequency and rhythm after radiotherapy for medullary tumors, the risk of death from radiotherapy is significantly increased. Brainstem edema that is difficult to control during or after radiotherapy can be treated with targeted anti-angiogenic drugs to relieve symptoms.

SRS is a special form of radiotherapy. Under the guidance of a stereotactic headgear, a one-time high-dose radiation or a large split dose (≤5 times) is precisely focused on the target area, which can effectively kill tumor cells, and its mechanical error In the millimeter range, the most common equipment includes gamma knife, cyber knife, modified linear accelerator, and proton beam equipment. This kind of single or high fractional dose SRS treatment generally requires a small tumor volume and clear boundaries. From the perspective of evidence-based medicine, currently only grade IV and grade V evidence-based medicine support the gamma knife treatment of certain BSG.

SRS is suitable for the treatment of residual or recurring localized gliomas after surgery and/or radiotherapy, especially low-grade gliomas with relatively clear boundaries such as PAs.

DIPGs should not be treated with stereotactic radiotherapy.

The dose to the normal brain stem of a single irradiation treatment does not exceed 15 Gy. The peripheral prescription dose depends on the size of the lesion, and the dose range is 12 to 16 Gy. If the patient has received other radiotherapy before surgery, the therapeutic dose should be adjusted according to the radiotherapy history.

· Postoperative treatment: It is recommended to give intravenous methylprednisolone 40 mg or dexamethasone 10 mg before or after treatment. Local disinfection and anti-inflammatory treatment should be performed on the pierced head nail, and antibiotics should be given if necessary.

Evaluation of the efficacy of radiotherapy

It is recommended to use the 2010 version of the response assessment in neuro-oncology (RANO) to assess the response of tumors to radiotherapy and chemotherapy.

Note: Both complete remission and partial remission need to be confirmed by imaging examination after 4 weeks. If it is not confirmed, the disease should be regarded as stable (RANO is the 2010 version of the neuro-tumor evaluation standard, and FLAIR is the fluid attenuation inversion recovery sequence)