The world’s first human infection with H5N8 avian influenza virus.  How to prevent it? 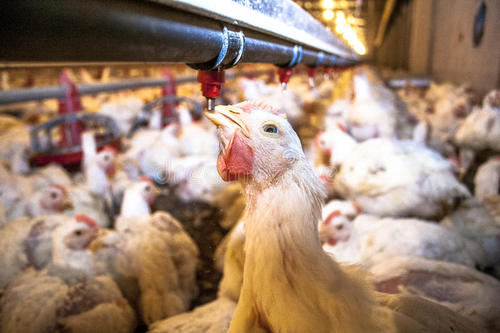 In December last year, a bird flu outbreak broke out in a farm in southern Russia. Experts from the Russian National Science Center for “Vector” Virology and Biotechnology recently isolated the genetic material of the H5N8 avian influenza virus from seven employees of the farm. This is the world’s first human infection with the H5N8 avian influenza virus. Popova said that the seven infected people have mild symptoms and there is no human-to-human transmission, but it cannot be ruled out that the virus will mutate and cause human-to-human transmission in the future.

For example, H7N9 and H5N1 are both influenza A viruses, but there are obvious differences. H7N9 and H5N1 are mainly transmitted in animals and occasionally infect humans. Experts from the World Health Organization said that H7N9 causes milder symptoms in poultry, is easy to spread among poultry and is difficult to detect, increasing the risk of human infection with the virus, while H5N1 is highly pathogenic to poultry.

The avian flu epidemic has made people “smell the chicken”. Can people eat chicken with confidence? Facing the risk of avian influenza transmission, how should I contact and raise animals?

Regarding the first question, Bernard Vallett, the former director-general of the World Organization for Animal Health, believes that as long as the temperature is above 70 degrees Celsius, the bird flu virus will die. Therefore, avoiding the harm of bird flu and eating chicken should be two different things. The temperature at which people cook food is usually much higher than 70 degrees Celsius.

According to WHO experts, in areas with avian influenza epidemics, meat products can be safely eaten as long as they are properly cooked and handled during the preparation process. However, eating raw meat and meat-containing products that have not been fully cooked are high-risk behaviors. Should be avoided.

John McCauley, director of the World Influenza Center of the National Academy of Medicine in the United Kingdom, said that because the avian influenza virus is very sensitive to the outside temperature, the normal cooking of poultry ingredients is sufficient to kill the avian influenza virus that it may carry. Therefore, people are concerned about poultry and other related foods. Don’t panic. For the public, reducing contact with live poultry, washing hands frequently, and maintaining good hygiene habits are very important to prevent bird flu.

Regarding how to contact and raise animals, the WHO reminds: In areas with avian influenza cases, if you need to enter the local live poultry market, you should avoid direct contact with live animals and the surfaces of objects that the animals have touched; if there are domestic pigs and chickens When waiting for animals, make sure that children do not come into contact with these types of animals that are sick or dead, and try to isolate different kinds of animals; after an animal becomes sick or dies, it should be reported to the local authorities immediately; it should not be slaughtered or eaten. Or dead animals.