Live Attenuated Influenza Vaccine with Nasal Spray and Human Immunity. Influenza is an acute respiratory infectious disease caused by influenza virus and is an important public health problem. According to the World Health Organization (WHO) report, the seasonal influenza epidemic kills more than 300,000 cases every year and infects more than 1 billion people! In addition, severe influenza mostly occurs in the elderly, young children, pregnant women or people with chronic underlying diseases.

The World Health Organization clearly pointed out that “annual influenza vaccination is the most effective way to prevent influenza.”

Among them, live attenuated influenza vaccine (LAIV) has been widely used in European and American countries due to its good compliance and ease of use due to nasal spray vaccination.

Changchun Beike Biotechnology Co., Ltd. (hereinafter referred to as Beike Biotechnology), as a participant in the WHO Global Influenza Vaccine Action Plan (GAP) in China, has obtained the authorization of live attenuated influenza vaccine for nasal spray, bringing the technology of live attenuated influenza vaccine to China has made a number of optimizations to the vaccine production process to further improve the safety of the vaccine.

At present, LAIV of many companies worldwide has been approved. Among them, LAIV produced by AstraZeneca has been listed in the United States (trade name: FluMist®), Europe (trade name: Fluenz®) and Hong Kong. Ganfog®LAIV, derived from the WHO Global Influenza Vaccine Action Plan, was approved for listing in China on February 25, 2020.

Ganfog® is suitable for healthy people aged 3-17. The preparation of the production strain is based on the classic reassortment method, and finally six gene fragments containing the attenuated donor strain (MDV) and two strains containing hemagglutinin (HA) and neuraminidase (NA) of the epidemic strain are obtained. An attenuated strain for influenza vaccine production with a gene fragment.

The genes from the main donor strain determine the characteristics of cold adaptation, temperature sensitivity and attenuation of LAIV. The two gene segments of the epidemic strain encode the HA and NA of the epidemic strain, providing the recipient with protection against the influenza epidemic strain of the year. The three characteristics of the primary donor virus make LAIV only replicate in the nasal mucosa at a lower temperature (31-33℃), thereby generating mucosal immunity, while it hardly replicates in parts above 37℃ (such as the lung). Therefore, it will only produce corresponding protection after use, and will not catch a cold, which ensures the safety and effectiveness of LAIV. 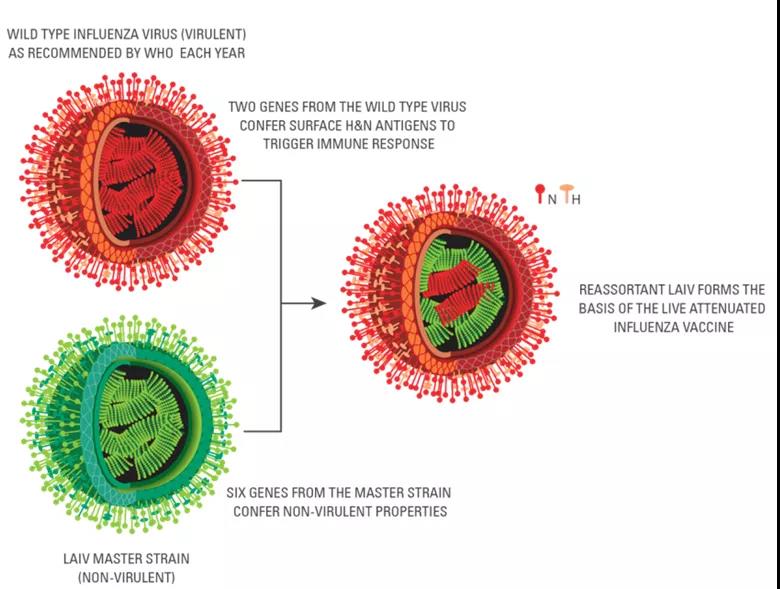 Figure 2: Schematic diagram of the three lines of defense of the human body

In the early stage of influenza virus infection, the respiratory mucosa and its secretions usually constitute the first defensive barrier to block the intrusion of influenza virus. When the first line of defense is not enough to prevent the virus from invading, the second line of defense of the human body begins to work and passes through the barrier. Structure, non-specific immune cells (phagocytes, eosinophils, white blood cells and natural killer cells) and humoral immune molecules (interferon and complement system) play a role in killing viruses.

Once the virus crosses the two lines of defense and successfully adsorbs on the surface of the host cell or invades the cell, the human body’s third line of defense specific immune response begins to work, specifically resisting the invasion of influenza virus.

Human immunoglobulins exist in five types: lgA, IgD, lgE, lgG and IgM. After being vaccinated with LAIV, three types of antibodies are mainly produced-IgA, IgG and IgM. IgA accounts for 15% of total serum antibodies and exists in two subtypes, IgA1 and IgA2. IgA1 exists in the serum as a monomer and is secreted as a dimer on the mucosal surface of the upper respiratory tract, while IgA2 is secreted as a dimer To the mucosal surface of the gastrointestinal tract. Compared with other kinds of antibodies, IgA has more glycosylation sites on the surface, which can increase its affinity with HA.

IgA can be secreted to the mucosal surface and interact strongly with complement; therefore, it plays an important role in immune protection against influenza virus.

The first-generation influenza whole virus inactivated vaccine and the second generation of the whole virus split vaccine are injected intramuscularly to generate enough antibodies in the body in advance to defend against future influenza viruses that may invade (humoral immunity). However, As mentioned above, although inactivated vaccines can induce high levels of IgG antibodies, IgG antibodies mainly provide protection in the lower respiratory tract, while their protective effects in the upper respiratory tract such as nasal mucosa are not as good as IgA antibodies. 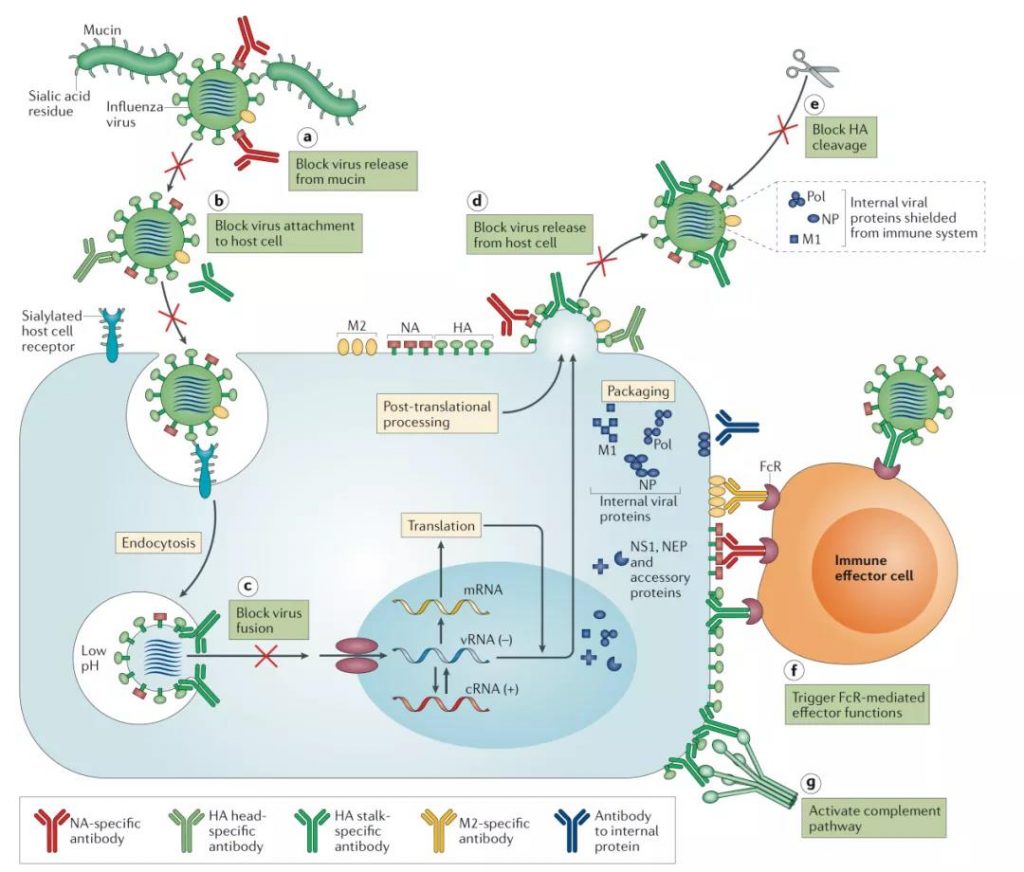 Figure 3: The life cycle of influenza virus and its antibody targets

LAIV simulates the natural infection of the body by the virus. Through mucosal contact, it first activates dendritic cells, activates T lymphocytes and B lymphocytes, and produces cellular and humoral immunity. The activated plasma cells then return to the nasal mucosa. , Secrete IgA antibodies against the virus, and IgA antibodies spread throughout the body’s mucosal parts with the circulatory system to produce mucosal immune responses. It resists the invasion of influenza virus through triple immunization, and it can resist influenza viruses that exist in mucosa, body fluids and cells.

4. the synergy of the triple immune response

The cellular immune system is the immune function of T cells (CD4+ or CD8+) by releasing lymphokines or directly killing infected cells. The mucosal immune system is a complete and well-regulated immune system that exists in the body in addition to the classic cellular and humoral immunity. It can produce a powerful immune response to pathogenic antigens from outside.

IgA is the main antibody type in the exocrine fluid. It participates in local mucosal immunity and prevents the virus from adhering to the cell surface, thereby playing an important role in local anti-infection. It is the body’s “frontier guard” against infection.

IgA can appear as soon as 3 days after being vaccinated with LAIV. It appears earlier than serum antibodies, has a higher titer, and lasts longer. LAIV can also produce CD8+ T cells with cross-protection effects to prevent new influenza pandemics. occur. LAIV can not only cause early and lasting humoral and cellular immune responses, but also induce secreted IgA, which plays an important role in influenza protection. 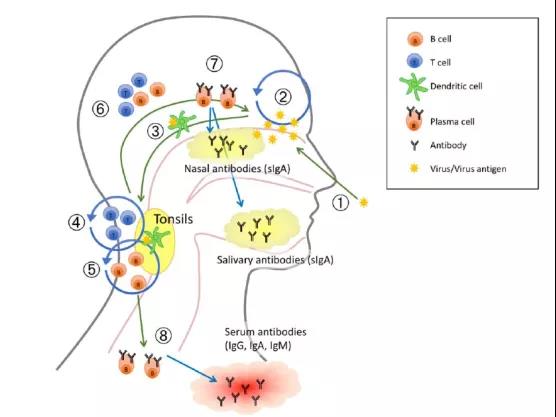 The live attenuated nasal spray influenza vaccine is an important member of the “family” of influenza vaccines. Its technology is mature. It has been used hundreds of millions of doses worldwide, and its safety and effectiveness have been fully confirmed. Its characteristic of not requiring injection is undoubtedly the best choice to prevent infection in children.

Studies have shown that in adolescents, the triple immune response induced by the nasal spray vaccine has a very good effect on the prevention and control of influenza epidemics. With the continuous improvement of the live attenuated vaccine market, this kind of vaccine that does not require injection will definitely become the new favorite of the influenza vaccine industry in the future.