Taking Vitamin C (VC) will cause kidney stones ?   According to known VC studies, we can say with certainty that supplementation of VC and the high oxalic acid caused by it are not sufficient factors to cause calcium oxalate stones. 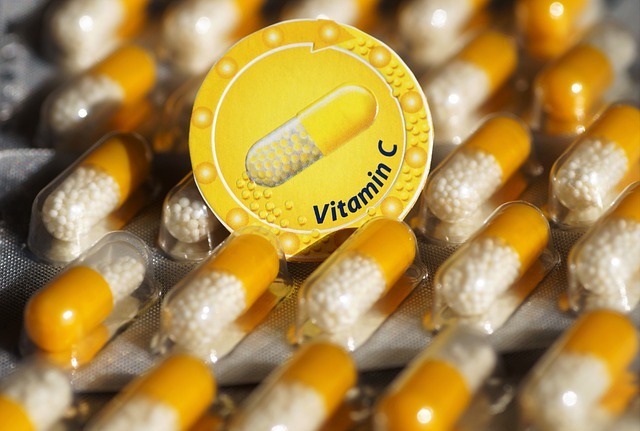 People’s fear of vitamin C (VC) mainly stems from the propaganda that “VC can cause kidney stones”. There has never been evidence that VC causes kidney stones. On the contrary, a large number of studies have shown that high-dose VC is safe to take orally or intravenously, without obvious side effects, and no risk of increased kidney stones. The risk of kidney stones in VC is exaggerated.

The use of high-dose intravenous VC is more common in the United States. Most clinical studies have shown that oral or intravenous infusion of high-dose VC is safe, and there is no increased risk of kidney stones:

· In 1996, a large-scale prospective survey of Harvard University studied the association between oral VC, Vit B6 and kidney stones. The survey followed 45,251 men aged 40-75 years with no history of kidney stones for 6 years. Authors’ conclusions: There is no evidence that daily intake of large amounts of vitamin C or vitamin B6 increases the risk of kidney stones [1].

· A prospective study by Harvard University surveyed 85,557 women and followed up for a total of 14 years. Author’s conclusion: Supplementing VC (>1.5g/day) does not increase the risk of kidney stones [2].

· The use of high-dose intravenous VC is more common in the United States. A report published in 2010 to the United States “complementary and alternative medicine” doctors (complementary and alternative medicine, CAM. Generally refers to private doctors who are not restricted by the “gold standard” for treatment and insurance companies or medical institutions, including functional medicine. It is becoming more and more popular in the United States, especially among the middle class and the rich.) The survey sent 550 doctors a questionnaire, of which 199 answered the questionnaire. Among the 199 doctors, 172 doctors gave a total of 11,233 (2006) and 8876 (2008) patients with infection, cancer or fatigue to use high-dose intravenous VC treatment. The average dose is 28 grams every 4 days, with 22 high-dose intravenous VC infusions per patient. It is estimated that 318,539 VCs (25 grams each, the same below) will be used in 2006 and 354,647 VCs will be used in 2008. A survey of VC manufacturers showed that 750,000 were sold in 2006 and 855,000 were sold in 2008 [4]. These data show that VC is more commonly used in the United States.

· A 2013 prospective study surveyed 48,850 men, followed up for a total of 11 years. It was found that the risk of kidney stones in the VC group was increased (twice the increase in the VC group). However, if we analyze carefully, we find that the increased risk of urinary stones is a very low probability event, from 1.6 times per person per thousand years to 3.1 times per person per thousand years [5].

Why do people associate VC with kidney stones?

Oral VC of more than 2 grams of urine does cause an increase in oxalic acid [6-10]. This is the root cause of people’s concerns about calcium oxalate kidney stones. But a small part of VC metabolites is oxalic acid. After intravenous injection of large doses of VC (tens of grams of VC), less than 0.5% of VC is excreted in the urine in the form of oxalic acid [11]. And there are many (dozens of) reasons that can promote the rise of oxalate, including a high-oxalate diet. Furthermore, elevated oxalate is not enough to cause calcium oxalate stones. In the literature, there are individual high-dose VC users who have calcium oxalate stones and reversible renal damage, and there are many other factors. In the case reported by Rathi [10], the patient had a high oxalate diet, chronic diarrhea, and the use of furosemide and other complex factors.

VC and renal insufficiency/failure. As mentioned above, high-dose intravenous VC is commonly used in the United States (and Japan, Europe, etc.). There are very few reports of serious toxic side effects. It has been reported in the literature that a primary amyloidosis and nephrotic syndrome, in patients with renal insufficiency, produces calcium oxalate crystals after intravenous 45 grams of VC, and acute renal failure [14]. But there is no report of renal insufficiency/failure caused by oral VC. VC is water-soluble and can be easily removed from the urine without being trapped in the body. Patients with oliguria or anuria should be more careful when using VC (not contraindicated), and other people can use it with confidence.

VC has many functions, not only has anti-virus, anti-bacterial, and anti-cancer functions, but also is a powerful antioxidant. It is an auxiliary agent for many important enzymes in the body, especially indispensable in the synthesis of collagen.

These functions make VC play an important role in the prevention and treatment of general health, coronary atherosclerosis, and osteoporosis. Please refer to the many papers I have written before. I will only mention the following studies here to conclude this article.

VC is related to reducing mortality from chronic diseases and prolonging life: people with higher blood VC are less likely to die from various causes (all-cause mortality), including heart disease and cancer.

· The University of Cambridge prospectively investigated the relationship between blood VC levels and all-cause mortality in 19,496 middle-aged and elderly volunteers. It was found that blood VC level was negatively correlated with all-cause mortality. People with high VC levels have nearly half the probability of dying from cancer, heart and brain diseases, infectious diseases, liver and kidney failure, etc. [16]!

1. According to known VC studies, we can say with certainty that supplementation of VC and the high oxalate caused by it are not sufficient factors to cause calcium oxalate stones. There is no evidence that VC significantly increases the risk of kidney stones.