Bacteria in tumors could be as the cancer treatment target

In the long course of human history, bacterial infections have claimed the lives of countless people. Even in the current era of advanced technology and medicine, there are not a few people who die from bacterial infections every day. It can be said that bacteria are one of the biggest enemies that threaten the safety of human life.

At the same time, in modern society, due to environmental pollution, poor living habits and the prolonged life expectancy, the incidence of cancer is also increasing year by year. In this regard, the rise of cancer immunotherapy has ignited new hope for mankind to completely overcome cancer. However, due to the existence of individual differences, the sensitivity of different patients to immunotherapy is also very different.

It is worth noting that bacteria not only infect normal human tissues, but also invade tumor tissues, and can change the tumor microenvironment through inflammation and other methods, thereby changing the patient’s response to immunotherapy. As the saying goes, “the enemy of the enemy is a friend”, can we use the bacteria in the tumor to cure cancer?

On March 17, 2021, the Weizmann Institute of Science in Israel and a number of research institutions in the Netherlands, the United States and the United Kingdom jointly published a research paper titled: Identification of bacteria-derived HLA-bound peptides in melanoma [1 ].

The study pointed out that peptides produced by bacteria that invade tumor cells can be displayed on the surface of tumor cells and recognized by the body’s immune system. Therefore, these bacterial peptides can be used as a class of tumor antigens that have never been recognized before, and further promote the development of cancer immunotherapy.

In the human body, each cell contains an antigen processing mechanism that allows antigen-derived peptides to be presented to the immune system through special molecules called human leukocyte antigens (HLAs) on the cell surface. These HLA-presenting peptides recognized by immune cells are also called It is an epitope, and tumor antigens enable the immune system to distinguish tumor cells from healthy cells.

In this regard, it is known that a variety of bacteria can invade human tumors and regulate their immune function, ultimately affecting the survival of cancer patients and their response to treatment. However, it is not clear whether these bacterial antigens can be presented by tumor cells, or whether these bacterial antigens can cause an immune response to tumor-infiltrating T cells.

This finding shows that specific bacterial species are very common in melanoma, which is consistent with the results of a previous study on tumor microbiota of different types of cancer [2]. The researchers also confirmed that these bacteria are present in melanoma cells rather than in the surrounding extracellular microenvironment. 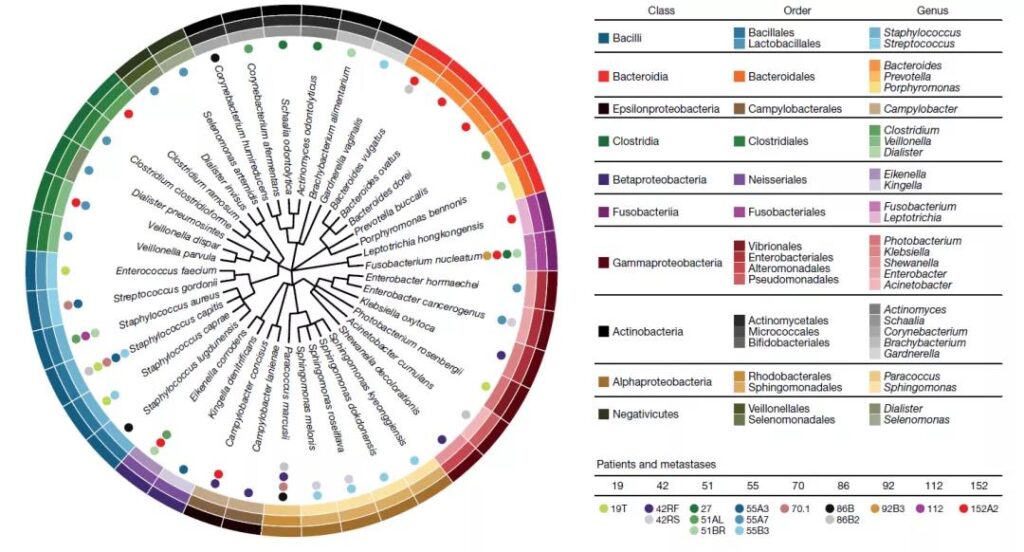 Identification of Bacteria in Melanoma

Immediately afterwards, the research team continued to explore whether the bacterial peptides in these cells were presented to the immune system in the same way as other intracellular antigens. To this end, they used a mass spectrometry method called immunopeptidomics, which can directly detect HLA-presented peptides. Researchers have found nearly 300 peptides in samples of 33 types of bacteria, several of which appear repeatedly in multiple tumors of the same person and tumors of different people.

Not only that, the research team also verified that these bacterial peptides may be used as a special type of tumor-specific antigen in the immunotherapy of cancer patients. 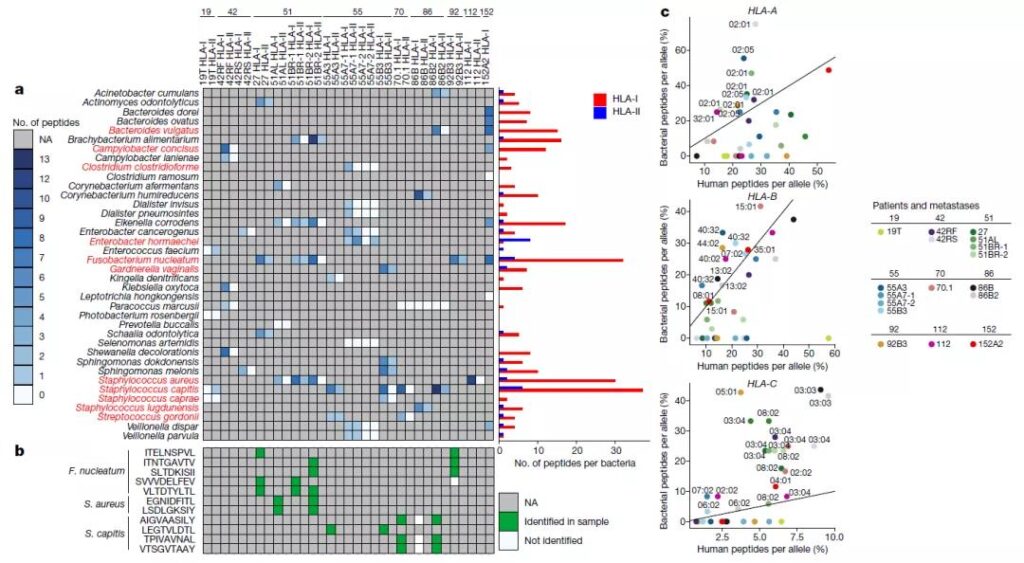 Are these bacterial peptides actually presented by melanoma cells instead of antigen presenting cells (APCs)? Therefore, the researchers used immune cell marker proteins to separate the cells in the two melanoma samples into APC cells and tumor cells. The results of immunopeptidomics showed that both groups of cells contained bacterial peptides, and T cells isolated from melanoma could respond to the identified bacterial peptides.

From this point of view, the results of this study indicate that the bacterial peptide presented by tumor cells may be a previously unrecognized tumor antigen and may become a new target for immunotherapy. But it is worth noting that a few points need to be determined before this:

1) The identified bacteria should not infect non-tumor tissues, and their peptides should not appear on HLAs of non-tumor cells;
2) The bacterial peptides presented by tumor cells seem to be quite abundant, but the human body does not produce an effective immune response to melanoma;
3) Further studies are still needed to clarify the potential clinical effects of these bacterial peptides presented by tumors. 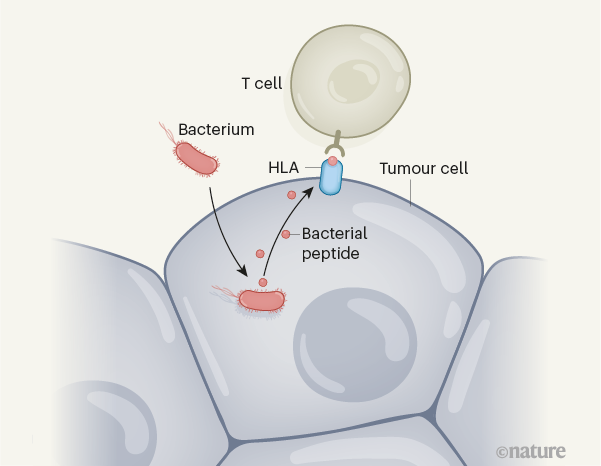 All in all, for the human body, bacterial peptides are “non-self”, it is often easier to trigger a strong immune response, and there is no need to worry about autoimmunity. Therefore, the bacterial peptides identified in this study may become important potential targets for immunotherapy, which is a rare and useful therapeutic combination. Perhaps in the near future, bacteria will become a “good helper” for humans to fight cancer!