Alopecia areata often occurs in hairy parts of the body, with normal local skin and no conscious symptoms. It can occur at any age, but it is more common in young adults and there is no significant difference in incidence between the sexes.

First, the research team confirmed that IL-7 was significantly up-regulated in the diseased skin of humans and C3H/HeJ mouse models with alopecia areata. 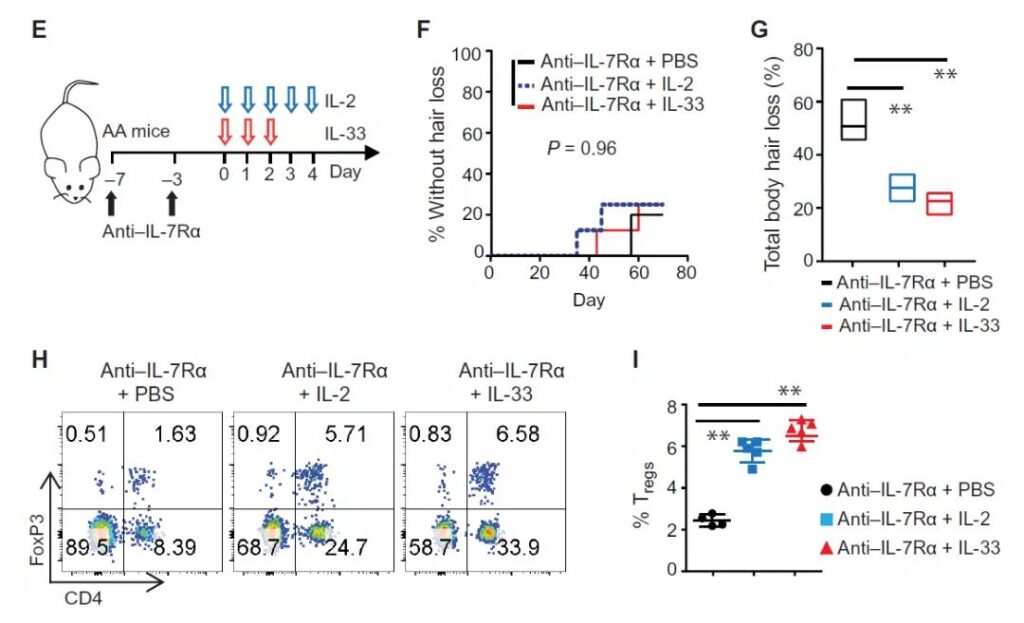