Major breakthrough: 100% cure for colorectal cancer in animal experiments! When can it be used clinically? 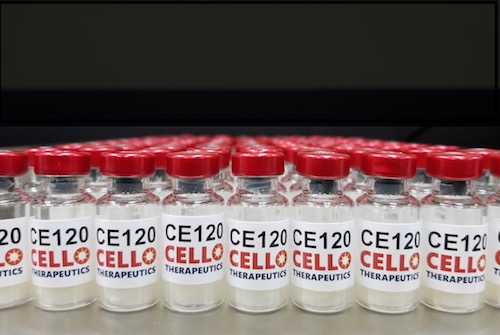 “We have achieved a 100% cure for colorectal cancer in animal experiments!”

Recently, a study published by the team of Dr. Zhang Jie, a member of the China Academy of Engineering, has attracted attention. By using the human platelet membrane to wrap the bionic nanoparticle formula PNP-R848 loaded with immunotherapy drugs, the researchers achieved 100% cure for colorectal cancer in mouse animal experiments.

It was found that although the new tumor continued to grow, it disappeared naturally when it reached 50mm³. Researchers believe that the emergence of this phenomenon indicates that after treatment, the solid tumors in the mice have completely disappeared, and the mice have the ability to self-cancer immunity.

This research is a breakthrough in the treatment of solid tumors. Currently, the research of Dr. Zhang Jie’s team has been supported by the US Food and Drug Administration’s expert panel, and it will soon enter standardization and large-scale production.

Regarding the treatment of tumors, the traditional ones include surgery, radiotherapy and chemotherapy. In recent years, with the rapid development of the medical level, immunotherapy has become the focus of treatment in the field of oncology.

Taking liver cancer as an example, treatment methods for liver cancer include surgery, chemotherapy, targeted therapy, etc., but the treatment effect is not satisfactory, with a 5-year survival rate of only 12.5%. Therefore, immune combination therapy has become a new idea for the treatment of liver cancer.

Clinical trial data show that the objective remission rate of immune combination therapy for advanced liver cancer is 35.6%. In addition, some patients achieved complete remission, that is, the tumor disappeared completely. Moreover, the patients are well tolerated and no new safety issues have arisen.

Studies have shown that in patients with relapsed/metastatic nasopharyngeal carcinoma who have received at least second-line system chemotherapy failure, the objective response rate of teriprizumab monotherapy was 23.9%, and the median overall survival time reached 15.1 months.

Drug half-life refers to the time required for the drug to reach the human body, and then after digestion and absorption into the blood circulation, the concentration of the drug in the human body’s plasma drops by half.

According to data, the approved antibodies targeting the PD-1/PD-L1 pathway have a half-life of about 5-20 days and are easily eliminated by the circulatory system and immune system as foreign bodies. This means that only frequent administration can maintain the efficacy of the drug. Therefore, experts believe that it is very important to choose a suitable drug carrier.

The speed of onset of immunotherapy is very slow. It usually takes 3-4 months to see the effect of the treatment, and sometimes there may even be false progress. For example, the results of imaging examinations showed that after immunotherapy, the tumor not only did not shrink, but increased.

4. There are also side effects

Immune system is a balanced state. While T cells activated by immunotherapy kill tumor cells, they can also damage normal cells and cause a series of side effects, such as nausea, vomiting, respiratory failure, skin rash, hepatitis, nephritis, pneumonia, etc. However, with proper treatment, the side effects can subside in a short period of time.

But in general, immunotherapy has small side effects and long-lasting effects, and can significantly extend survival time. It is currently a tumor treatment method that is generally optimistic by the medical community. For cancer patients, immunotherapy may be effective when there is no way out and other treatments do not work.