Three doses of Moderna COVD-19 vaccine better against B.1.351 infections

Three doses of Moderna COVD-19 vaccine better against B.1.351 infections.  The effectiveness of existing vaccines to prevent COVID-19 mutant strains has been significantly reduced; Moderna has made another move and an additional booster vaccination is enough.

A series of recent studies have shown that the new coronavirus continues to mutate, resulting in reduced or even loss of protection of the originally developed vaccine. Among them, the immune escape of the South African mutant is the most obvious.

On March 25, 2021, South African scientists published an article in the New England Journal of Medicine (NEJM), summarizing the characteristics of the current three major variants of the new coronavirus and the protection of the current seven major vaccines. 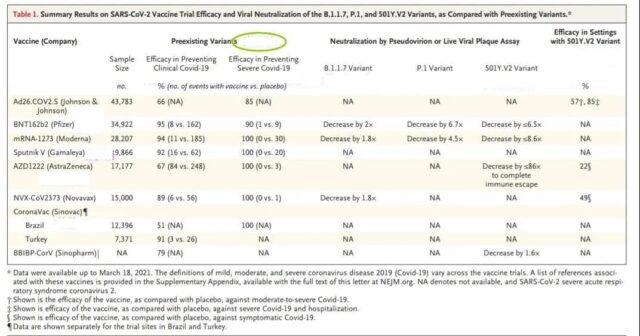 On March 12, 2021, Cell magazine published an article by the Ragon Institute and the Balazs group of MGH. This study is currently the most comprehensive one to evaluate the changes in serum neutralization activity against various SARS-CoV-2 mutant strains after mRNA vaccination. Research.

It is imperative to develop new vaccines against mutant strains

The American company Moderna uploaded on bioRxiv the partial results of a phase II clinical trial of its vaccine mRNA-1273.351 against the South African mutant strain B.1.351, and issued a statement on May 5.

The study conducted a neutralization test (PsVN) to test the neutralization titer of their serum about 6 to 8 months after the initial vaccination of the mRNA vaccine. Among 40 subjects, 37 subjects could detect serum neutralizing activity, but subjects had much lower neutralizing activity against VOC mutant strains (B.1.351 and P.1), and about half of them were affected. The subject’s titration is below the detection limit. Two weeks after receiving mRNA-1273 or mRNA-1273.351 booster vaccination, serum PsVN titers of all subjects were significantly increased. After the booster immunization, the neutralizing activity GMT of the B.1.351 and P.1 mutant strains against the wild-type strain increased to a level or higher than the previously reported peak titer after the initial vaccination against the wild-type strain (D614G).

In earlier preclinical experiments, researchers found that various strains including B.1.351 in serum after immunization with mRNA-1273.351 have broad-spectrum neutralizing activity.

In addition, the study also suggested that on the basis of two previous immunizations with common mRNA-1273, an additional mRNA-1273.351 can prevent both wild-type and B.1.351 infections.

The coronavirus is constantly undergoing mutations. Is the original vaccine useless?

Moderna’s research shows that on the basis of the original vaccination, an additional mRNA-1273.351 can prevent both wild-type and B.1.351 infections.