The announcement of the results of more than 2 years of follow-up represents the longest follow-up of a global clinical trial of a CAR-T cell therapy for multiple myeloma (MM) so far. The long-term data of the KarMMa study continue to show: With a median follow-up of more than 2 years, Abecma has a long-lasting efficacy and predictable safety in R/R MM patients. Among patients who had previously received three types of therapy, the median overall survival (OS) was 24.8 months, the overall response rate (ORR) was 73%, and the response was durable. The analysis of the neurotoxicity (NT) characteristics observed in this study has strengthened the full understanding of the safety of Abecma. Most of the NT is grade 1/2, and it occurs early and fades quickly.

These long-term data further prove that Abecma can provide clinically meaningful results and predictable safety for the R/R MM patient population, and emphasize the advantages and transformative potential of this new type of individualized treatment. 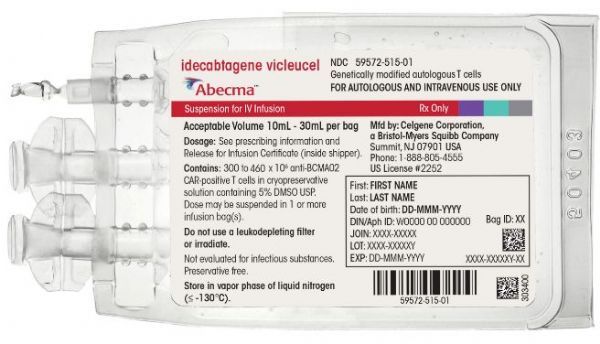 Abecma is a first-in-class, BCMA-oriented, personalized immune cell therapy. BCMA is a protein that is almost universally expressed on multiple myeloma cancer cells. As an anti-BCMA CAR-T cell therapy, Abecma recognizes and binds to BCMA, causing the death of cells expressing BCMA.

Abecma is the world’s first BCMA-directed CAR-T cell therapy to receive regulatory approval. In March 2021, the US FDA approved Abecma for the treatment of adult patients with R/R MM. The recommended dose of the drug is 300-460 x 10E6 CAR-positive T cells, which is suitable for treatment: people who have received 4 or more therapies in the past (including 3 types of drugs: immunomodulators, proteasome inhibitors, and anti-CD38 antibodies) R/R MM adult patients.

The approval of Abecma on the market will provide such patients with a new, effective, and personalized treatment plan that can achieve rapid, deep, and lasting relief with only one infusion. In clinical studies, the safety of Abecma in treated patients has been well confirmed. Cytokine release syndrome (CRS) and neurotoxicity (NT) are mostly low-grade, with predictable early onset, and rapid Subside. 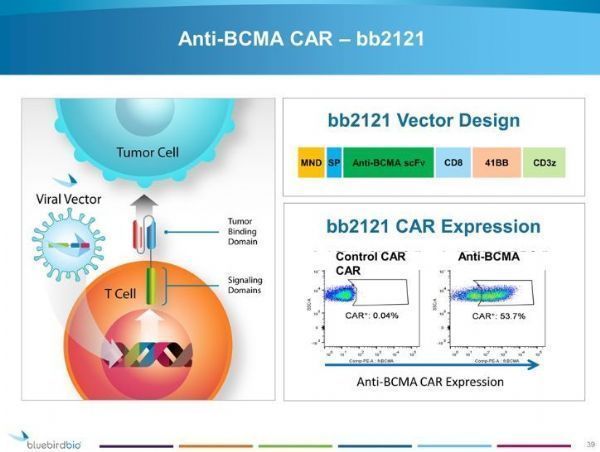 The KarMMa study was carried out in 128 R/R MM adult patients who had received at least 3 types of therapies (including immunomodulators, proteasome inhibitors, and anti-CD38 antibodies) and were not effective for the last therapy. In the study, these patients received Abecma treatment with CAR-positive T cells in a dose range of 150-460 x 10E6. Among these patients, the median of the previous regimens was 6 (range: 3-16), and 84% (108/128) of the patients were refractory to type 3.

Among the 128 patients treated with Abecma, the median follow-up was 24.8 months, and the overall response rate (ORR; primary endpoint) remained the same. 73% (94/128) of the patients achieved partial response or better, 33% (42/ 128) patients achieved complete remission (CR) or better. Regardless of how many options have been previously received, the patient’s remission is similar. The median duration of remission (DOR) was 10.9 months, which increased with the depth of remission, and the median DOR of patients who achieved CR or better was 21.5 months. The median progression-free survival (PFS) was 8.6 months (95%CI: 5.6-11.6). Overall survival (OS) is the secondary endpoint of the study. Among all patients treated, the 18-month event-free survival rate was 65%, and the 24-month event-free survival rate was 51%. The median OS is 24.8 months (95%CI: 19.9-31.2), and these survival data are continuing to mature.

Hemocytopenia (97%) and cytokine release syndrome (CRS, 84%) were the most common adverse events of all grades. The incidence of CRS is mostly low-grade (grade 1/2: 78%). Researchers reported grade 3 CRS in 5 patients (4%), grade 4 CRS in 1 patient, and grade 5 CRS in 1 patient. 18% (23/128) of the patients had any degree of neurotoxicity (NT), of which 5 cases (4%) had grade 3 NT and no grade 4/5 events. No matter how many protocols the patient has previously received, the safety of Abecma is similar.