Breyanzi has been granted priority medicine (PRIME) qualification for the treatment of R/R DLBCL in the EU, and EMA is currently reviewing its marketing authorization application (MAA).

On February 5, 2021, BMS announced that the FDA has approved the listing of CAR-T cell therapy Breyanzi (lisocabtagenemaraleucel; liso-cel) for the treatment of relapsed or refractory (R/R) patients who have received at least two systemic therapies.

But Breyanzi is not suitable for the treatment of patients with primary central nervous system lymphoma.

Prior to this, three CAR-T cell therapies had been approved worldwide, namely Novartis’ Kymriah, Gilead’s Yescarta and Tecartus, all targeting CD19. Breyanzi is also a CAR-T therapy targeting CD19. It contains a 4-1BB costimulatory domain.

The 4-1BB signal can enhance Breyanzi’s amplification and durability. A single dose of Breyanzi contains 50-110 x 106 CAR-positive T cells, and the ratio of CD8+ and CD4+ T cells is 1:1. 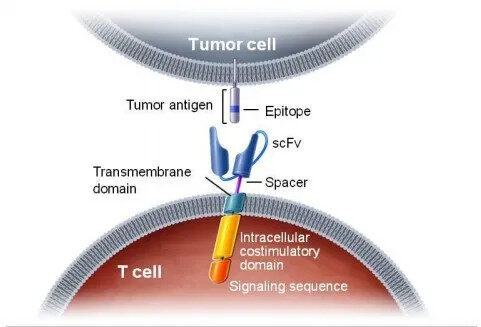 Diffuse large B-cell lymphoma (DLBCL) is the most common type of non-Hodgkin’s lymphoma (NHL), accounting for one-third of confirmed cases.

73% of patients did not respond to second-line or later treatment or relapsed after treatment.

For patients who relapse or do not respond to the initial treatment, conventional treatment options that can provide a sustained response are very limited, and the median life expectancy is about six months.

This approval is based on data from the TRANSCEND NHL 001 (017001) study. A total of 268 R/R LBCL patients received Breyanzi treatment, which is also the largest pivotal trial in the third-line post-treatment study of R/R LBCL.

At the time of death, one patient had a fatal CRS and two patients were experiencing CRS.

At the time of death, one patient had fatal NT and seven patients were experiencing NT.

The median duration of NT was 15 days for all patients, including patients who died or were still experiencing at the time of data cutoff.

Breyanzi has been granted priority medicine (PRIME) qualification for the treatment of R/R DLBCL in the EU, and EMA is currently reviewing its marketing authorization application (MAA).