​How do stem cells promote tissue repair and regeneration?

Stem cells have the potential of self-replication and multidirectional differentiation, and can regenerate various tissues of the human body. Therefore, they have certain clinical potential in tissue repair and regeneration, especially in fracture healing, cartilage healing and post-traumatic inflammation.

After local cell and tissue damage, the body repairs and restores the defect formed by the damage is called repair. Repair is the body’s anti-damage performance, and tissue repair is mainly done through regeneration. Regeneration is a process in which cells or tissues in the body are damaged and repaired by the division and proliferation of neighboring normal cells.

Although, there are still many problems waiting to be solved before stem cell therapy can be applied in large-scale clinical applications.

1. Introduction to the basics of stem cells 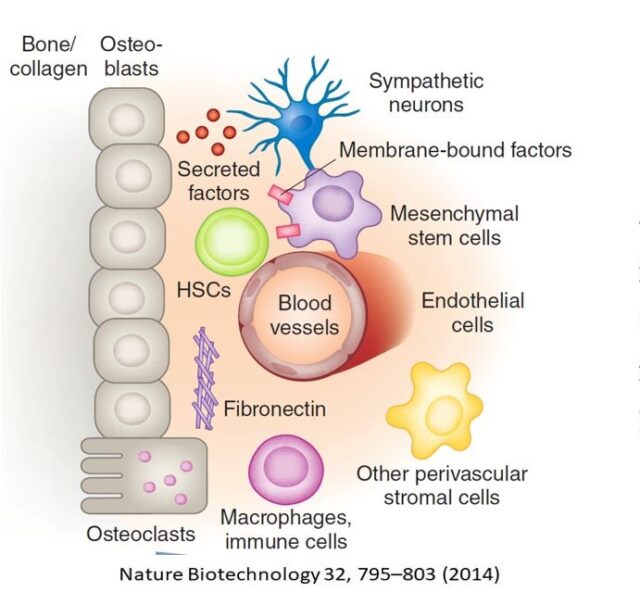 Endothelial progenitor cells (EPC) have the potential for angiogenesis and they exist in the peripheral circulation. 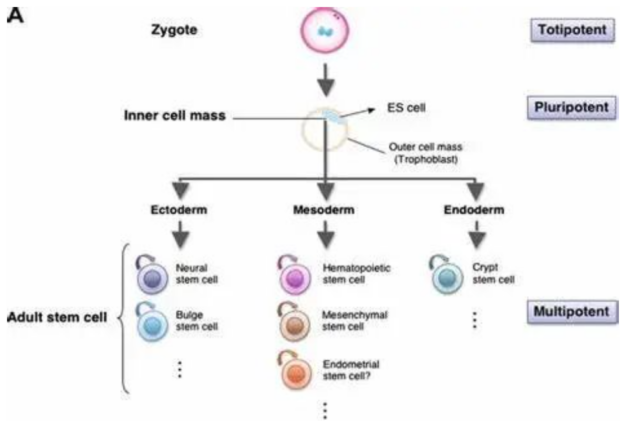 The response of endogenous stem cells to trauma includes: awakening from a dormant state; mobilization from a specific stem cell niche; migration to the injured site; differentiation to produce specific cells. In addition, the long-term pathological inflammatory response will cause the dysfunction of stem cells, reduce the number of stem cells, and ultimately lead to failure of tissue regeneration.

After trauma, the migration of MSCs and HSC has been elucidated by many chemotactic effects. One of the signaling pathways is the SDF-1/CXCR4 (stromal-derived factor 1/specific chemokine receptor 4) axis. This signal axis explains the process of stem cells staying locally and migrating to the injured site.

CXCR4 is a receptor for BMSCs, which can bind to SDF-1. SDF-1 is a protein expressed by bone marrow endothelial cells and stromal cells. After injury, SDF-1 is produced at the site of tissue injury, and its concentration is higher than that of bone marrow, so MSCs in bone marrow transfer to the injured site. The expression of SDF-1 is regulated by hypoxia-inducible factor-1 (HIF-1) and nitric oxide (NO).

Under normal physiological conditions, the concentration of SDF-1 in the bone marrow is slightly higher, which is conducive to the preservation of BMSCs. This has been confirmed in animal fracture and myocardial injury models, and the up-regulation of CXCR4 receptor also further strengthens the migration of MSCs to places with high SDF-1 concentrations. 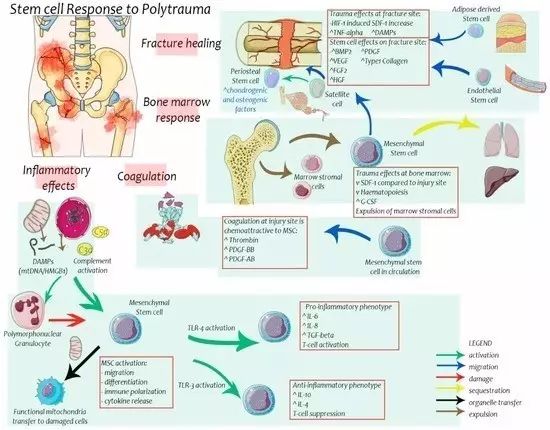 Restoring a good blood supply is a necessary condition for stem cells to migrate and survive. Atesok. K et al. found that injection of purified endothelial progenitor cells after fracture in mice is beneficial to angiogenesis and faster fracture healing: the angiogenic effect of EPC at the fracture site and the increased pro-angiogenic factors hVEGF, hFGF2 and The local level of hHGF 44 is correlated; at the same time, it was also found that the migration of MSCs was correlated with the increased volume and strength of mouse callus. MSCs appeared at the fracture site approximately on the 14th day after the use of EPC. These therapeutic effects are related to the local BMP-21 (bone morphogenetic protein) expression after the migration of BMSCs.

After injury, stem cells have direct and indirect effects on angiogenesis. Some studies have shown that EPC directly participates in the formation of new blood vessels after migrating to the injured site. Other studies have also confirmed that EPC promotes angiogenesis through the regulation of growth factors and cytokines.

Stem cells can also respond to mechanical stimuli. In vitro studies have confirmed that stem cells respond to the following stimuli, such as stretching, compression, shearing, shock, and ultrasound. Under stimuli such as stretching, compression, and ultrasound, stem cells can exhibit osteogenic differentiation. On the contrary, Dai et al. found that the antigravity test on mouse MSCs can inhibit their osteogenic differentiation. Studies have shown that low-intensity pulsed ultrasound can promote the osteogenic transformation of MSCs in in vitro experiments.

Stem cells are related to the repair of articular cartilage damage and post-traumatic osteoarthritis. After injury, MSCs in articular cartilage will differentiate into fibroblasts instead of chondrocytes. During trauma, there is less fibrosis of joint tissue, which indicates that trauma can cause changes in stem cell differentiation and is closely related to post-traumatic osteoarthritis.

The therapeutic effect of stem cells is related to the way of administration. Injecting stem cells into the joint can improve cartilage defects caused by trauma. The study found that subcutaneous injection of stem cells in a mouse model had no effect on cartilage healing.

Saw et al. conducted a clinical trial in 50 patients with cartilage injury: 50 patients were randomly divided into groups, the treatment group received autologous stem cells, and the adjuvant was hyaluronic acid; the control group only received hyaluronic acid treatment. Each patient underwent arthroscopic cartilage drilling and chondroplasty, followed by a 5-week knee injection and an arthroscopy biopsy at the 18th month. Histological analysis and MRI showed that compared with the control group, the cartilage regeneration ability of stem cells in the treatment group was improved, but there was no difference in joint function scores.

Vangsness et al. studied the effect of intra-articular injection of MSCs after arthroscopic meniscus resection, and found that the regeneration of meniscus tissue was increased and the pain score of patients with osteoarthritis was improved, and there was no improvement in the subsequent two-year follow-up Serious adverse reactions occurred.

The use of MSCs treatment is expected to improve osteoarthritis and cartilage defects after trauma. The focus of current research is to determine the best source of MSCs, how to pre-treat, and how to improve safety. The purpose of MSCs in the treatment of osteoarthritis and post-traumatic arthritis is to regenerate hyaline cartilage, but their pathological microenvironment is different.

Stem cell therapy is the forefront and one of the most popular directions in medical research today, and it has achieved exciting results. Every successful clinical trial is backed by solid basic research, which involves the biological characteristics of the stem cells themselves, the choice of indications, the choice of drug delivery methods, the choice of cells, and the dose of delivery. Very critical factor for success.

Before the clinical application of stem cell therapy, many difficulties need to be overcome. In animal models and clinical trials, it is still necessary to further study the mechanism of action of stem cells in tissue repair. In addition, it remains to be seen whether these potential treatments will lead to functional improvements and side effects.