The 2021 American Society of Clinical Oncology (ASCO) annual meeting will be held online from June 4th to 8th. As one of the largest and most popular events in the oncology field, it will show scholars from all walks of life the latest cutting-edge progress in the field of oncology every year. T

This article will interpret the important research on immunity + radiotherapy and chemotherapy of advanced non-small cell lung cancer from different perspectives and convey cutting-edge trends.

1. The 5-year survival rate of patients in the experimental group was 42.9%, and OS and PFS continued to benefit

2. Patients with EGFR+ and PD-L1<25% have little benefit from OS

In the experimental group, EGFR+ patients, PFS and OS did not benefit significantly. Therefore, whether these patients are suitable for radiotherapy and chemotherapy + immune checkpoint inhibitor treatment mode still needs to be further explored.

For EGFR+ patients, the current use of third-generation TKI inhibition can achieve a better curative effect. PD-L1<25% of patients benefited from PFS, but OS did not.

Therefore, if we want to adopt the mode of radiotherapy and chemotherapy + immune checkpoint inhibitor therapy for such patients, we may need to consider the detection of PD-L1 expression.

Based on the background that the PACIFIC study has brought significant OS and PFS benefits to patients with stage III NSCLC, another study has explored whether elderly patients (70-90 years old) are suitable for this treatment mode. The results showed that although the mode of radiotherapy and chemotherapy + duvalizumab did not benefit elderly patients from PFS (P>0.05), there were no obvious serious immune side effects.

Based on this background, the KEYNOTE-799 trial was launched. This trial also included patients with unresectable stage III NSCLC, all ages greater than or equal to 18 years, ECOG score of 1 or 0, and no immunotherapy within 7 days. Patients were divided into groups A and B. Patients in group A were treated with pembrolizumab + paclitaxel + carboplatin in the first cycle, and pembrolizumab + paclitaxel + carboplatin + radiotherapy were used in the second and third cycles.

1. The effect of immune advancement combined with concurrent radiotherapy and chemotherapy is beginning to show

The ORR value of group A and group B reached more than 70%, and the ORR value was not affected by the level of PD-L1 expression. It shows that the early application of immune checkpoint inhibitors has a certain effect. Due to insufficient follow-up time, the results of OS and PFS have not been published.

2. The occurrence of interstitial pneumonia is in line with expectations and still needs attention

The incidence of immune-related pneumonia in the two groups above grade 3 was less than 10%, which was within the test expectations, but higher than the PACIFIC study results. Therefore, this treatment model needs more evidence to support. 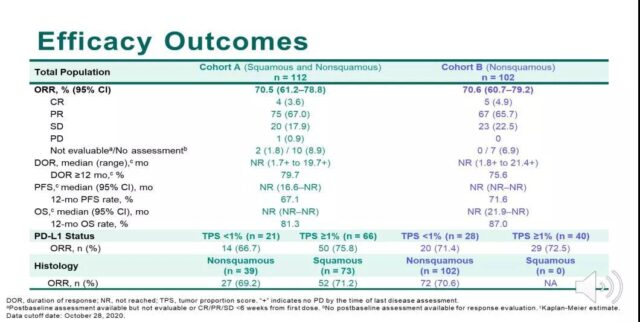 In the KEYNOTE-799 study, early use of immunotherapy has achieved initial results, but what about the ultra-early use of immunotherapy? The AFT-16 study is to use immunotherapy as a neoadjuvant treatment to explore such problems. AFT-16 also included patients with stage III non-small cell lung cancer who had no previous autoimmune diseases. All patients have completed 2 cycles of atilizumab treatment, after which the patients were divided into 2 groups, the experimental group was treated with atilizumab (2 cycles) + standard radiotherapy and chemotherapy + adjuvant atilizumab Anti-treatment; and the control group directly used standard radiotherapy and chemotherapy.

1. The immune checkpoint inhibitor atelizumab is safe for patients before and after radiotherapy and chemotherapy, and the effect is obvious.

Ultra-early immunotherapy has obvious advantages in PFS and drug safety

1. Simultaneous radiotherapy and chemotherapy are the cornerstones

2. The form of immune intervention still needs to be explored

3. What is the optimal model for positive driver gene?

For patients with positive driver genes, immunotherapy + concurrent radiotherapy and chemotherapy have no obvious benefits, and this type of patients accounts for a large proportion, so further research on better treatment options is needed.

4. What is the dose and schedule of concurrent radiotherapy and chemotherapy in the era of immune intervention?

After immune intervention, whether the dose and schedule of traditional concurrent radiotherapy and chemotherapy should be adjusted accordingly, and how to adjust it is also a question that needs to be further explored in the future.