South Korea will start the 4th dose of COVID-19 vaccine to response to Omicron outbreaking.

Under this circumstance, the “home treatment” method introduced by the Korean government has attracted a lot of criticism.

The South Korean government is also preparing to follow the example of the United States to further relax the epidemic prevention control, which has attracted a lot of controversy. 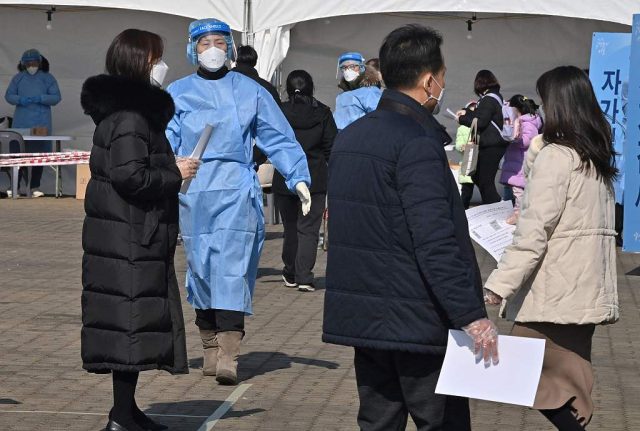 According to a report by Yonhap News Agency on the 13th, South Korea’s Central Epidemic Prevention and Control Headquarters reported that as of 0:00 that day, South Korea had added 56,431 new confirmed cases of COVID-19 compared with 0:00 the previous day, setting a new record high, with a total of 1,350,630 confirmed cases.

The number of confirmed cases in a single day increased by 1,490 from the previous day.

This is also the fourth consecutive day that South Korea has confirmed more than 50,000 cases in a single day.

Experts generally believe that due to the continuous spread of the “Omicron” variant strain, newly confirmed cases in South Korea will maintain an increase in the next period of time.

Fortunately, there has not been a significant increase in severe cases.

South Korea’s SBS TV said on the 13th that the South Korean government released the fourth dose of the vaccine on the 14th.

“Is South Korea ready for home treatment of the COVID-19?” South Korea’s SBS TV station issued such a question on the 13th.

South Korea began to promote new epidemic prevention management regulations on the 10th. The “high-risk groups” to be treated are treated separately from ordinary patients – the Korean government can only devote more medical resources and manpower to high-risk groups, which makes many citizens unable to receive the attention and treatment of medical departments and medical personnel at all.

South Korea’s “Central Daily” said on the 13th that the “autonomous treatment” implemented by the South Korean government has appeared chaotic and disorderly.

In addition, although the telephone diagnosis and treatment has been implemented, due to problems such as system paralysis and difficulties in dispensing medicines from time to time, the public is strongly dissatisfied.

The “Korean National News” said on the 13th that the South Korean government plans to relax the epidemic prevention control after the 20th of this month.

In this regard, many experts said that factors such as the peak time of the number of confirmed diagnoses, the number of critically ill patients, and the capacity of the medical system must be considered before adjustments can be made.