South Korea: 9 million people were infected with COVID-19 in 44 days

According to Worldmeter real-time statistics, from March 23 to 25, South Korea was the country with the most new confirmed cases in a single day. 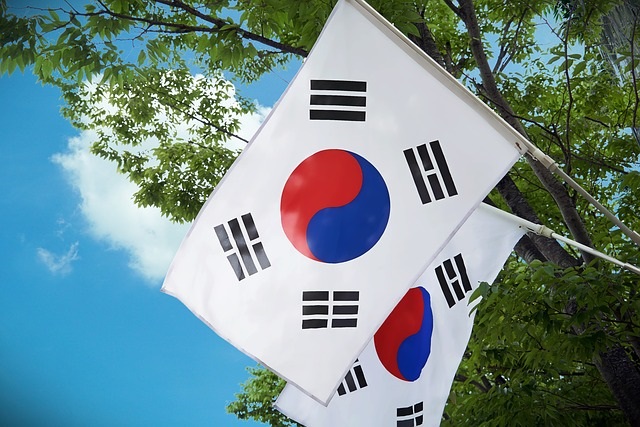 Currently, more than 20% of South Korea’s population has been infected or is currently infected with the COVID-19 virus. Still, South Korea this month began to slightly ease restrictions on private gatherings and quarantine requirements for those entering the country.

“This may be the last major crisis for us to deal with the COVID-19 epidemic.” Son Ying-rae, head of the social strategy team of South Korea’s Central Emergency Response Headquarters, said at a meeting on March 16 that if this crisis is overcome, people will be closer to normal life. However, the Korea Health and Medical Union warned on the 23rd that in fact the medical system is collapsing.

South Korea’s Central Epidemic Prevention and Control Headquarters announced on March 25 that there were 339,000 new confirmed cases in the country in the past 24 hours, and the cumulative number of confirmed cases exceeded 11.1 million.

At the same time, the number of new severe cases and deaths in South Korea is also on the rise. On the 25th, there were 1,085 severe cases, maintaining a four-digit number for 18 consecutive days. In the week to March 23, the daily average of deaths was 346.

According to a report by the Hankyoreh on the 23rd, South Korean experts analyzed that if “hidden confirmed cases” are included, the actual cumulative number of confirmed cases will be about twice the number currently reported. 20% of the people in South Korea have been diagnosed, and it should be considered that about 40% of the people have developed natural antibodies, and the momentum of the spread will be weakened.

However, mutated strains make outbreaks unpredictable. Zheng Yinjing, director of the Korea Centers for Disease Control and Prevention, said at a press conference on the 22nd that the proportion of the Omicron subtype mutant strain BA.2 in confirmed cases in South Korea has risen rapidly, and the detection rate has risen from 10.3% to 41.4% in the past four weeks. . Affected by this, the peak time of the epidemic may be delayed, and the situation may further deteriorate.

According to the “Asia Daily” report on the 22nd, the mutant strain BA.2, which is currently spreading rapidly in South Korea, spreads faster than BA.1, and it is difficult to distinguish through nucleic acid detection in the early stage. It is called “invisible mutant strain”. Some Omicron BA.2 infected people were asymptomatic.

In this round of the epidemic, the number of infections among medical staff in South Korea has increased, and the operation of the medical system has become worse. According to data released by the Korea Health and Medical Industry Union on March 23, employees in medical institutions who were quarantined due to confirmed COVID-19s accounted for about 5% to 6% of all employees.

The Busan Medical Center, an infectious disease specialist hospital, currently has more than 300 beds. On average, more than 170 to 200 patients diagnosed with the COVID-19 are admitted to the hospital every day. Due to the lack of manpower, most nurses cannot even apply for meal time when they go to work.

Also under enormous pressure are funeral facilities. As of March 21, the utilization rate of 28 crematoriums in Seoul was 114.2 percent, according to data from the South Korean Ministry of Health. On the 21st, the South Korean government asked 60 crematoriums across the country to extend their business hours, and funeral homes across the country were asked to expand.

The New York Times reported that South Korea’s low death rate from the COVID-19 is partly due to its high vaccination rate. According to the report of the Central Epidemic Prevention Countermeasure Headquarters of South Korea on March 22, the proportion of the population who completed the second dose of the vaccine was 86.6%, and the three-dose vaccination accounted for 63.2%.

“Korean adults who have not yet contracted the COVID-19 pneumonia are people who have problems with interpersonal relationships.” Ma Sang-hyuk, vice chairman of the Korean Vaccine Association and chairman of the infectious disease countermeasures of the Gyeongsangnam-do Medical Association, said on March 16. The post on Facebook was slammed by netizens.

Marchanghe then deleted the above remarks, explaining that “just wanted to emphasize that it is difficult for anyone to avoid infection when the diagnosis rate is very high.” There are problems with his statement, but it also reflects that some South Koreans have regarded the epidemic as the norm, and the government is gradually easing epidemic prevention measures.

In order to alleviate the pain of the self-employed and small businesses and the inconvenience felt by the people in their daily lives, the South Korean government has decided to relax the number of people for private gatherings from 6 to 8 from March 21. In addition, from the 21st, overseas arrivals who have completed the COVID-19 vaccination and registered for vaccination in South Korea will be exempted from the seven-day quarantine.

According to a report by Korea International Broadcasting Station (KBS) on the 22nd, after the South Korean government issued a policy to exempt overseas arrivals from quarantine, overseas travel and air ticket bookings have shown a surge. Among them, South Pacific travel routes such as Guam and Saipan accounted for the highest proportion of bookings.

In terms of medical response, starting from March 25, South Korea will no longer focus on the management of confirmed patients over 60 years old and immunocompromised, but will be classified as general treatment objects.

According to South Korea’s “Central Daily” report, the South Korean government stated that the policy revision is to allow high-risk confirmed patients to obtain prescriptions for medicines more quickly, because after being identified as key management objects, doctors need to go through complicated administrative procedures to issue prescription drugs. But there are views that this move means that the government has finally abandoned the management of high-risk groups.

In order to solve this dilemma, the Korea Food and Drug Safety Administration said on the 23rd that it approved the emergency use authorization of Merck & Co.’s (MSD) COVID-19 oral drug Molnupiravir, which will introduce 100,000 doses.

South Korea is at the peak of a new wave of epidemics and urgently needs the government to actively respond to the epidemic and economic crisis, but the transition of the old and new regimes has not been smooth.

Half a month ago, Yin Xiyue said in her election speech that she would immediately start to discuss the compensation and emergency relief plans for the economic losses of self-employed individuals and small businesses under the COVID-19 epidemic, as well as issues such as epidemic prevention and treatment of confirmed patients.

Recently, he officially stated that he would arrange an additional budget to implement compensation, but there was little mention of specific epidemic prevention and medical plans.

In the early days of the outbreak of the COVID-19 epidemic, South Korea’s epidemic control measures were praised by the outside world compared with developed countries in the West. WHO Director-General Tedros Adhanom Ghebreyesus praised South Korea’s “efficient anti-epidemic” in October 2020. At that time, Moon Jae-in said, “K epidemic prevention” is the result of the efforts of all citizens. In early November last year, South Korea launched a “coexistence with the COVID-19” strategy, but it tightened its epidemic prevention policy again more than a month later.

Right now, the South Korean government is about to change its term, and some Japanese media ridiculed that “K’s collapse of epidemic prevention will become Moon Jae-in’s negative legacy.”

South Korea: 9 million people were infected with COVID-19 in 44 days