XD XE XL… : How many recombinant strains of COVID-19 are there?

XD XE XL… : How many recombinant strains of COVID-19 are there?

According to Yonhap News Agency, South Korea’s Central Epidemic Prevention and Control Headquarters said on the 12th that the first confirmed case of infection with the new coronavirus recombinant strain XL was found in South Korea, and the epidemic prevention department is currently conducting an epidemiological investigation.

According to reports, the case was diagnosed with the COVID-19 on March 23, and the booster vaccination has been completed. It is an asymptomatic patient.

What is the difference between the XL strain and the XE strain?

It is reported that the XL strain is one of the 17 recombinant strains (XA~XS) discovered so far. Similar to the XE strain recently discovered in more than a dozen countries, the original strain BA. 1 and the subtype strain BA.2 were recombined.

However, there is currently no information on the transmission characteristics of the XL strain, which has previously only been detected in the UK.

South Korea’s CDC said that the WHO classified XL as an Omicron-like strain, and its characteristics are not expected to change significantly.

In view of the fact that there is no information on its transmission power, seriousness rate and other information, the epidemic prevention department will strengthen the monitoring of the mutant strain. 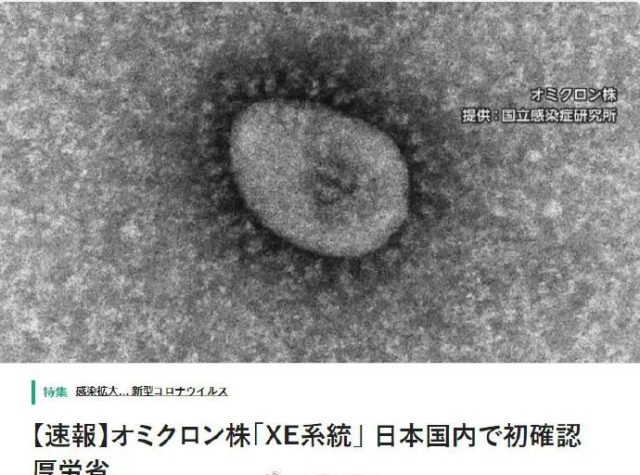 Although the recombinant strain XD has a limited spread, it is still labelled by the WHO as a “mutant strain under surveillance”.

Current evidence suggests that XD is no more transmissible than other strains. Most of the XD strain infections to date have occurred in France.

As of March 29, about 600 of the novel coronavirus genome sequences on the Global Initiative for Influenza Data Sharing platform have been identified as XE.

Early estimates suggest that XE has a 10% higher advantage in community transmission than the Omicron strain subtype BA.2. However, this finding still needs further confirmation.

Recombination is common among coronaviruses, the WHO said in its weekly report.

Recombinant strains can arise when a person is infected with two or more mutant strains at the same time, and the genetic material of these strains mixes in the infected person, according to the UK Health Security Agency.

Several such strains have been identified during the Covid-19 pandemic, and like many others, most recombinant strains die out relatively quickly.

WHO believes that the risk of new coronavirus evolution and the emergence of new mutant strains, including recombinant strains, remains high.

The WHO weekly report also shows that the Omicron strain is still the predominant strain globally.

Of the approximately 417,000 new coronavirus genome sequences collected and uploaded to the “Global Initiative for Influenza Data Sharing” platform in the past 30 days, approximately 99.8% were the Omicron strain.

Experts said that protective measures such as wearing masks and vaccinating against the COVID-19 are still effective.