What are the difference between the mutated strains of COVID-19? α, β, γ, δ…

What are the difference between the mutated strains of COVID-19?  The global COVID-19 epidemic is continuing, and the current COVID-19 vaccine has a declining effect on the COVID-19 variant strain. It seems that the Delta variant may form a new outbreak in some countries.

This strain has a strong spreading ability and a fast spreading speed, so how to deal with it has become a problem. Not only in some countries, but as the global COVID-19 situation is still severe, more and more COVID-19 mutant strains have become the focus of attention.

Since the COVID-19 epidemic swept the world in early 2020, the COVID-19 virus has spread wildly among the population. Because the virus will replicate the genetic genome during the transmission process, due to its inevitable replication errors, the virus genome has changed, resulting in mutant strains. Epidemic prevention has brought new challenges.

But not all mutations will bring huge risks, only some mutations will change the characteristics of the virus, making the virus more infectious and toxic. Which of these mutant strains are worthy of attention? What is their infectious ability? What is the scope of the spread? Does the existing vaccine have a protective effect on it? The Paper has comprehensively reviewed the latest information and authoritative websites.

According to the degree of risk, the WHO divides the COVID-19 variant strains into two categories:

The former has caused a large number of cases worldwide and has a wide range, and data confirms its transmission capacity, strong toxicity, or reduced effectiveness of vaccines and clinical treatments; the latter has confirmed cases of community transmission worldwide, or in multiple cases. The country has been discovered, but a large-scale infection has not yet formed.

At present, VOC is the mutant strain that has the greatest impact on the epidemic and the greatest threat to the world, including: Alpha, Beta, Gamma and Delta. Previously, in order to avoid stigmatization of relevant countries, the World Health Organization announced on May 31 that the names of the new coronavirus mutants that were first discovered in the United Kingdom, India and other countries were changed to Greek letters. Alpha, Beta, Gamma and Delta also Hence the name.

In November 2020, the Alpha mutant strain was detected for the first time in a September sample in Kent, UK. It swept the United Kingdom in December 2020, and became the dominant mutant strain in the United States in April 2021. It quickly squeezed the living space of other new coronavirus mutant viruses worldwide and became the main mutant strain. According to the “Global Shared Influenza Data Initiative” (GISAID) data, on May 17, Alpha accounted for 69% of the global infections of variant strains.

The latest research shows that Alpha’s “super-speeding” (super-speeding) has an important impact on the production of other new coronavirus variants. According to the latest report from the University of Oxford on July 22 this year, Alpha’s biological mutations have enabled it to “spread rapidly” across the UK at the end of 2020, and have an important impact on the spread of other variants.

After Alpha, there was another Beta who was very immune to escape. Beta was first discovered in a sample from South Africa in May 2020, and soon became the most widely spread virus variant strain in South Africa. At present, Beta-related cases have been detected in 130 countries around the world. According to the latest data from GISAID, Japan was on the eve of the Tokyo Olympics. , A number of Beta cases were discovered on July 21.

But Beta’s infectious ability is actually not as good as Delta. According to the aforementioned report on the Advisory Board News Network, Lawrence Young, a virologist and professor of oncology at the Warwick School of Medicine at the University of Warwick in the United Kingdom, said, “Delta outperforms Beta in terms of spread, but Beta will continue to exist.” According to the latest data from GISAID, On July 27, Beta accounted for only 0.286% of global infections.

Gamma-the biggest threat to the outbreak in South America

The Gamma mutant strain was first found in samples from Brazil in November 2020. It accounted for 76% of South American COVID-19 cases in June 2021. It is the most important COVID-19 strain in South America and has spread to the United States and the United Kingdom. 75 countries including Russia.

Among all the new coronavirus mutants that have emerged today, the most dangerous non-Delta is none other than Delta. Delta was first discovered in India at the end of 2020 and was the main mutant strain that caused the second wave of outbreaks in India in April this year. It spreads all over the world, raging in India, Britain and other countries. According to GISAID data, as of July 26, Delta accounted for 84% of infections in Asia, 97% of infections in the UK, and 80% of global infections. The WHO and the European Centers for Disease Control and Prevention jointly released an epidemic report on the 23rd, stating that according to current trends, the delta strain will become the world’s most important variant of the new coronavirus in the next few months, unless there is more competition. The strong strain appears, otherwise the delta strain will continue to spread and replace other mutant strains. 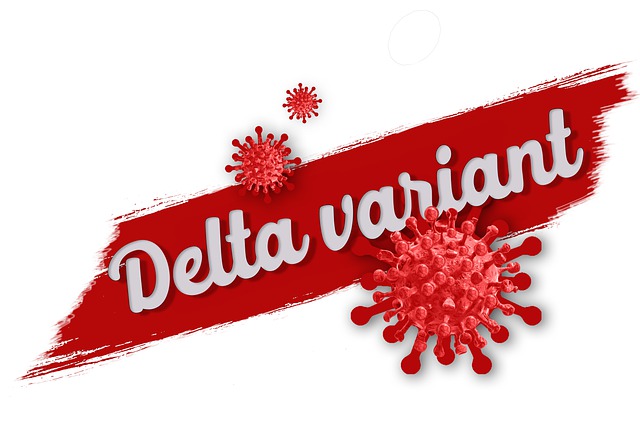