The University of Oxford said on Tuesday that the nasal spray elicited a mucosal antibody response in only a “small number of subjects” and that the systemic immune response was weaker than the intramuscular vaccine. 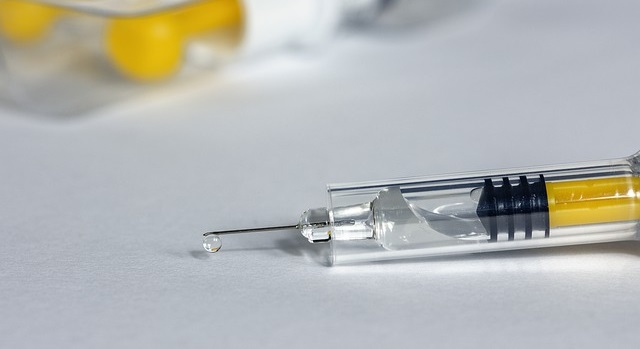 The UK trial recruited 30 previously unvaccinated participants and 12 volunteers who had received the standard two-dose vaccine. “In this study, the nasal spray did not perform as well as we had hoped,” said Sandy Douglas, lead investigator of the trial at Oxford University’s Jenner Institute.

A promising approach, but research suggests that there may be challenges in making nasal sprays a reliable option.”

No serious adverse events or safety concerns were reported in this trial, the statement said.

How is the development of the COVID-19 nasal spray vaccine?

Scientists are developing a vaccine that can stop the virus from entering the body’s first gate — a nasal spray.

If the immune system could be trained to defend right at the gates of a castle, it would be difficult for intruders not only to get in, but to spread inside as well.

Although the COVID-19 vaccine can prevent severe illness, it has very limited effect on preventing the constantly mutating virus infection and reducing the secondary transmission.

Therefore, although the epidemic has lasted for the third year, the number of COVID-19 infections in the world is still increasing.

Some scientists hope to change that. They are developing a vaccine that can stop the virus from entering the body’s first gate — a nasal spray.

Compared with mRNA vaccines, which have achieved rapid development results, the development of nasal spray vaccines has been slow, because this is a previously unfamiliar vaccine development approach, and the safety and efficacy of this new type of vaccine require strict verification. .

So far, only AstraZeneca’s flu spray, a nasal vaccine, has been commercialized globally, which can enter the cells lining the nasal cavity and trigger an immune response. AstraZeneca hopes to replicate the success of the flu spray to a Covid-19 vaccine.

It is understood that early trial results of the COVID-19 nasal spray vaccine jointly developed by AstraZeneca and Oxford University will be announced soon.

The vaccine is based on an attenuated adenovirus and can induce an immune response in the nasal cavity, but it is still necessary to test the strength of the immune response and understand it. protection and how long immune protection is likely to last.

A strong mucosal immune response is established in the nasal cavity, which can prevent the virus from entering the human body at the first time, thereby blocking the infection of the virus to human cells in the first line of defense.

“If the human body is compared to a castle, then the intramuscular vaccine we inoculate can be regarded as protecting the inner area of ​​the castle. Once the intruder enters, the immune defense line will be activated.” A virus immunology expert told reporter , “But the virus has entered the human body at this time, and the process of immune activation can prevent serious illness; and if the immune system can be trained to defend at the gate of the castle, it will not only be difficult for intruders to enter, but also difficult to spread inside.”

In the past, little research has been done on the mucosal immune system, which relies on cells and antibodies in other parts of the nose and airways, as well as in the mucus-rich lining of the gut.

The current Omicron virus is completely different from the original virus in the epidemic. If we want to curb the spread of the virus, the only way is to establish a strong mucosal immunity.

On the one hand, intramuscular vaccination can perpetuate the immune protection established by the mucosa, that is, establish lasting mucosal immune protection; on the other hand, it can also establish a systemic immune response and protection to prevent the virus from spreading from the respiratory tract to the whole body, achieving the effect of killing two birds with one stone.

The immune response will gradually decline over time; at this time, if re-infection occurs, the immune memory needs to be quickly awakened to play a role. Since T-cell responses in the memory phase are faster than antibody responses, if the vaccine can activate both neutralizing antibody and T-cell responses, the protection will last longer, up to several years.

Nasal spray vaccine is unlikely to be launched this year

Another big challenge is security. Because the nose is close to the brain, substances sprayed from the nose may increase the risk of neurological complications. In the early 2000s, a nasal spray influenza vaccine licensed and used in Switzerland was reported to be associated with Bell’s palsy (a temporary facial paralysis), which also negatively affected the commercial application of nasal spray vaccines in the future.

The mRNA vaccines of Pfizer and Moderna, which are currently widely used around the world, are not immediately available for intranasal administration. The mRNA vaccine uses tiny fat nanoparticles to deliver the genetic instructions (RNA) of the SARS-CoV-2 spike protein into cells that prime the immune system.

Injecting mRNA vaccine into the human body can produce a good immune response, but the problem is that it has a low efficiency in entering the mucosal immune system in the nasal cavity, and the induced immune response is weak. Further exploration is needed in the follow-up.

The researchers say it’s a question of the mechanism of action. Professor Robin Shattock, head of mucosal infection and immunology at Imperial College London, thinks it’s more of an engineering problem. “When you inject lipid nanoparticles into the body, very tiny amounts can have great effects, but working out how to get them into the nose and get them through the mucus and into cells requires engineering,” he said. improvement.”

In March of this year, CanSino published an unreviewed study showing that the vaccine can stimulate both high levels of humoral and cellular immune responses, but whether it is effective as a preventive measure against infection and transmission of the Omicron virus remains to be seen. Validated by clinical studies.