Can iodine tablets protect against radiation?

Can Iodine tablets protect against radiation?

Physiologically, the main source of Iodine in the human body is the absorption of the thyroid gland, which relies on Iodine to produce thyroid hormones.

KI is stable Iodine, which saturates the thyroid with Iodine and prevents the uptake of radioactive Iodine.

Chernobyl experience shows that radioactive Iodine is the main factor affecting the Chernobyl accident, which leads to the occurrence of more than 5000 cases of thyroid cancer in children. , the primary target of KI allocation is young children and pregnant women.

Iodine tablets can prevent the collection of free iodine into the thyroid gland.

After 30 minutes of taking it, the blocking function can occur.

It takes about ten to twelve hours for radioactive iodine to be inhaled into the thyroid gland from the exposure environment.

Therefore, taking this medicine three to four hours after inhalation can prevent more than 50% of the radioactive iodine from entering the thyroid gland.

Iodine tablets have no protective effect on other radioactive substances released during a nuclear accident.

Indications: limited to radiation emergencies, used to protect the thyroid. 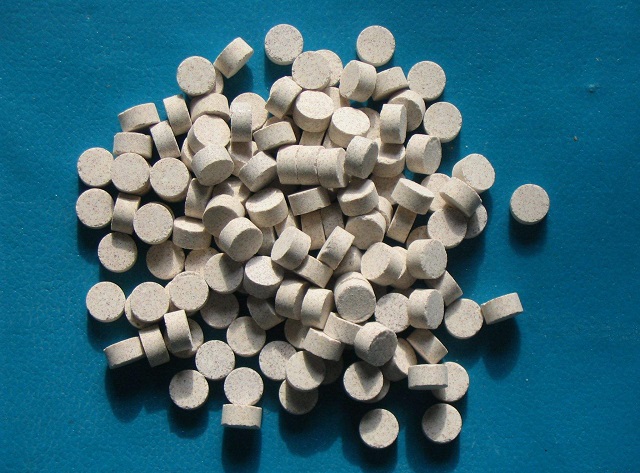 Does Iodine really have anti-radiation effects?

Actually Iodine does not have any direct anti-radiation effects, but may offer indirect protection.

However, it does change the way our bodies behave to reduce the risk posed by radioactive material.

Under normal circumstances, our bodies are very hungry for Iodine.

The thyroid , in particular , needs this chemical, and without Iodine, the thyroid cannot produce certain hormones.

People with severe Iodine deficiency can develop an enlarged goiter .

According to research by the American Thyroid Association, children who are Iodine-deficient at an early age can even develop intellectual disability.

In the United States and other parts of the world, Iodine is added to table salt to prevent these problems.

But Iodine, like all basic elements, has different ” isotopes “.

But when the core of a nuclear reactor shatters, the uranium atoms split into smaller atoms, most notably Iodine-131.

The difference between Iodine 127 and Iodine 131 is very small, just four neutrons.

But Iodine-131 is radioactive, it releases neutrons and decays rapidly, with a half-life of only 8 days, which means half of it will live on after that.

Although our bodies can’t tell the difference between the two isotopes, the human thyroid gland voraciously absorbs as much Iodine-131 as Iodine-127.

Once absorbed, the latter remain in the body, releasing radiation into surrounding body tissue, which in turn damages DNA.

In theory, taking large amounts of Iodine will satisfy our body’s need for Iodine and prevent people from absorbing it when they encounter Iodine-131. Still, it’s best to act quickly.

Kathryn Huff, a nuclear reaction engineer and a professor at the University of Illinois at Urbana-Champaign, said Iodine-131 is “highly mobile” in the environment.

This substance can get into the water, where plants absorb it and pass it on to animals. Once radioactive Iodine is released, it is difficult to remove before it decays.

Fortunately, nuclear accidents are still very rare, so no conclusive studies have been done on the consequences of radioactive Iodine exposure. But rates of childhood thyroid cancer surged in the affected areas following the Chernobyl nuclear leak, the worst radioactive Iodine leak ever recorded.

Research published as early as 2000 showed that the incidence of thyroid cancer in children under the age of 15 in Ukraine soared from less than one in a million to three in a million.

In Belarus, the ratio soared to 30 per million. In the hardest-hit areas, the incidence of childhood thyroid cancer has soared to one in 10,000.

It is unclear to what extent the Iodine tablets saved lives, the researchers wrote.

The authors noted that potassium iodide was distributed after the accident, but the effort “did not begin until days after the accident, and its use is also very difficult to count.” “People living in the area may also be unusually vulnerable to radioactive Iodine poisoning,” they wrote. “Mild Iodine deficiency in the area around Chernobyl may have affected radiation doses. By increasing the accumulation of Iodine, increased storage of Iodine The size of the glands may also change the radiation effect itself.”

While it’s unclear how many lives Iodine tablets could save in the aftermath of a nuclear disaster , it is still standard practice in the United States to distribute Iodine tablets to residents near nuclear power plants.

A manual distributed by the U.S. Nuclear Regulatory Commission states that in the event of an emergency, safety officials will instruct people in affected areas to take the pills.

Therefore, taking an adequate amount of iodine can inhibit the absorption of radioactive iodine isotopes in the blood into the thyroid.

But this does not prevent the body from absorbing radioactive iodine isotopes from the environment.

The WHO report on the Chernobyl nuclear accident also has content on this issue: