Why is India facing a pandemic of antibiotic-resistant superbugs?

Why is India facing a pandemic of antibiotic-resistant superbugs?

At the 1,000-bed non-profit Kasturba Hospital in the western Indian state of Maharashtra, doctors are grappling with an antibiotic-resistant “superbug infection”.

This happens when bacteria change over time and become resistant to drugs that are supposed to defeat them and cure the infection they cause. 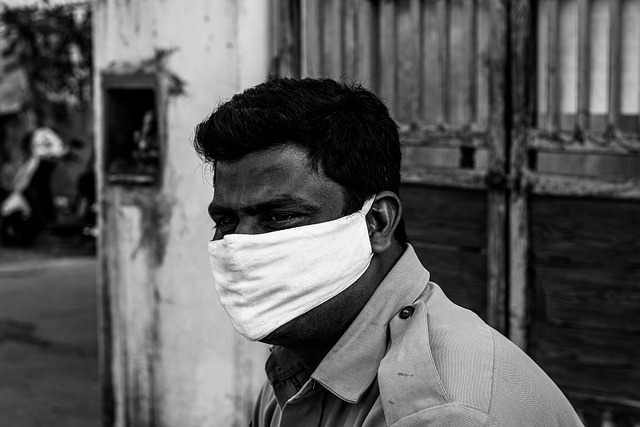 The drug resistance directly caused 1.27 million deaths worldwide in 2019, according to the medical journal The Lancet. Antibiotics — considered the first line of defense against serious infections — don’t work in most of these cases.

India is one of the countries most affected by “antimicrobial resistance” – antibiotic-resistant neonatal infections alone kill nearly 60,000 newborns each year.

A new government report paints a shocking picture of how things are getting worse.

In a test at Castelbar Hospital which antibiotics were most effective against five major bacterial pathogens, the researchers found that some key drugs had little effect.

These pathogens include Escherichia coli – commonly found in the intestines of humans and animals after eating contaminated food, Klebsiella pneumoniae – which can infect the lungs and cause pneumonia, blood, skin cuts and brain The lining causes meningitis, the deadly Staphylococcus aureus — a food-borne bacterium that can be spread through airborne droplets or aerosols.

Doctors found that some major antibiotics were less than 15 percent effective in treating infections caused by these pathogens. Of greatest concern is the emergence of a multidrug-resistant pathogen called Acinetobacter baumannii, which attacks the lungs of life-support patients in intensive care units.

“Since almost all of our patients cannot afford higher antibiotics, they face a real risk of death when they develop ventilator-associated pneumonia in the intensive care unit,” said Dr SP Kalantri, the hospital’s medical director.

Resistance to a class of powerful antibiotics called carbapenems – which defeat some pathogens – has risen by as much as 10 percent in just one year, according to a new report from the Indian Council of Medical Research (ICMR). . The report annually collects antibiotic resistance data from as many as 30 public and private hospitals.

Dr Kamini Walia, ICMR scientist and lead author of the study, said: “The reason this is shocking is that it is a great drug for treating sepsis, a life-threatening disease that is sometimes used in hospital intensive care units. first-line treatment for critically ill patients.”

The ICMR report said the situation was very worrying, with only 43% of pneumonia infections caused by one pathogen in India being treatable with first-line antibiotics in 2021 – down from 65% in 2016.

Saswati Sinha, an intensive care specialist at AMRI Hospital in the eastern city of Kolkata, said the situation was so bad that six out of 10 patients in her intensive care unit had drug-resistant infections. At one stage, you don’t have many options to treat some of these patients.”

Doctors at Kasturba Hospital say antibiotic resistance is common even among outpatients in villages and small towns suffering from diseases such as pneumonia and urinary tract infections. Because most people don’t carry a prescription and can’t remember the medicines they were prescribed, doctors find it difficult to obtain records of their past exposure to antibiotics.

Managing these patients is torture. “The situation is desperate, and the desperate measure – ordering more and more antibiotics, is likely to do more harm than good,” Dr Kalantri said.

For example, antibiotics do not cure viral illnesses such as the flu or the common cold. Patients with dengue — a viral infection — and malaria — caused by a single-celled parasite — often receive antibiotics. Antibiotics are still prescribed for diarrheal diseases and upper respiratory tract infections, however of limited value.

During the chaotic Covid-19 treatment, patients were treated with antibiotics, which triggered more adverse reactions.

Last year, an ICMR study of 17,534 Covid-19 patients in Indian hospitals found that more than half of those who acquired the drug-resistant infection died.

Prescriptions for broad-spectrum antibiotics — which should be reserved for the most serious, hard-to-treat bacterial infections — account for up to 75 percent of all prescriptions written in Indian hospitals, the study found.

In fact, doctors are not entirely to blame. Dr. Kalantri noted that in large, crowded public hospitals, they don’t have time to see patients, diagnose their disease, and then separate bacterial and viral diseases and design treatments.

The general lack of knowledge about antibiotics means that most patients – whether rural or urban – are unaware of antibiotic resistance.

Even the wealthy and educated take antibiotics or pressure doctors to prescribe them when they are sick.

With the price of antibiotics falling and diagnostics more expensive, doctors are more willing to prescribe drugs than order tests. “Doctors are sometimes not sure what they’re treating, and they want to treat everything by using broad-spectrum drugs,” Dr. Walia said.

Hospital infection is also one of the reasons. Patients are often infused with antibiotics to compensate for poor hygiene and sanitation — because no doctor wants to lose a patient to an infection.

“As far as India is concerned, it’s a perfect storm,” said Ramanan Laxminarayan, director of the One Health Trust, a global public health think-tank.

“Experts believe that India needs more investment and strengthening in diagnostic laboratories, training more infectious disease doctors, reducing nosocomial infections and training doctors on test-based antibiotic use to combat the growing threat of superbugs. Otherwise, “resistance to antibiotics has the potential to emerge in the form of a pandemic in the near future,” warns Dr. Walia.