When the human body is infected by bacteria, in order to relieve pain and speed up recovery, we often take antibiotic treatment, which can prevent bacteria from invading the body while the immune response clears the infected cells and bacteria.

When the human body is infected by bacteria, in order to relieve pain and speed up recovery, we often take antibiotic treatment, which can prevent bacteria from invading the body while the immune response clears the infected cells and bacteria.

But with the abuse of antibiotics, bacteria will also evolve various resistance mechanisms through mutations and acquisition of antibiotic resistance genetic elements, resulting in multi-drug resistant “super bacteria”.

Antibiotic resistance is currently one of the most pressing public health threats in the world. In many countries, tens of thousands of people die every year from infections with resistant strains of common bacteria such as Staphylococcus aureus. However, few new antibiotics have been developed to deal with infections caused by resistant strains.

The 2-methyl-D-erythritol-4-phosphate (MEP) pathway is a metabolic pathway that is essential for most gram-negative bacteria and plasmodium but is lacking in humans and is responsible for most of the causes The biosynthesis of isoprene compounds that are essential molecules for the survival of pathogenic cells.

The researchers designed a two-pronged antibacterial strategy that can kill bacteria and enhance the host’s natural immune response against the inhibition of IspH, an essential enzyme for isoprene synthesis in this pathway: immune-antibacterial dual action (DAIAs). 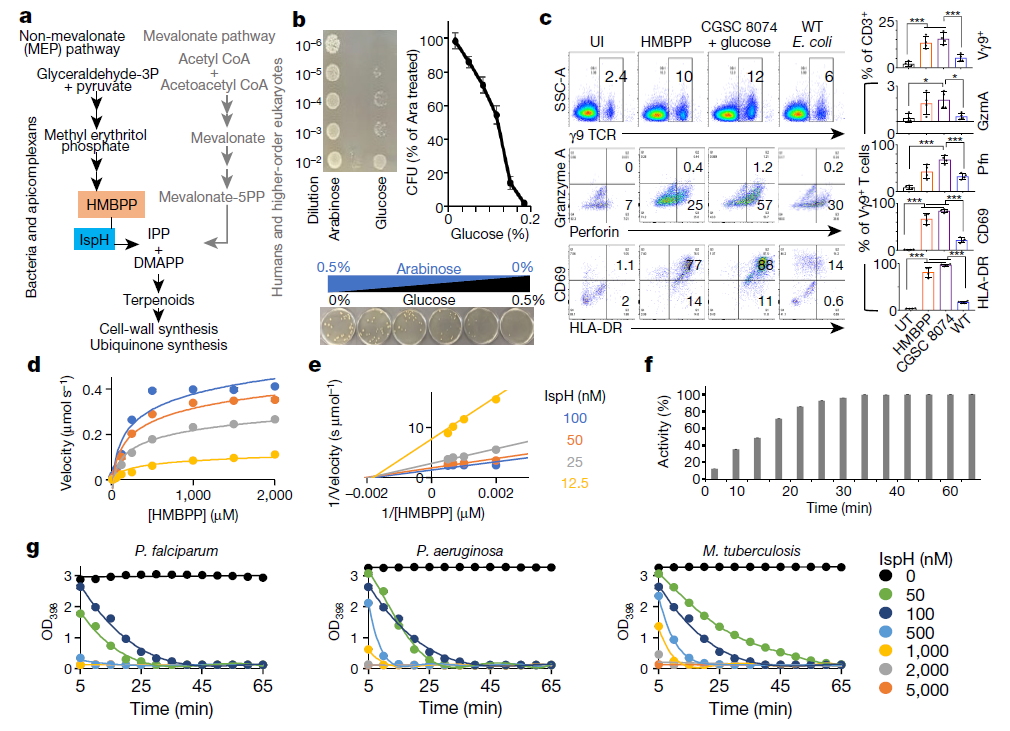 IspH as a target test of DAIA strategy

The researchers first performed molecular docking of the crystal structure of the IspH protein with 9.6 million available compounds, combined with surface plasmon resonance analysis, and screened out C23.07, C23.20, C23.21, C23.28 and C23.47 from them.

It is some of the most effective inhibitors to the expressed IspH protein.

Then, by modifying these small molecules that most effectively inhibit the IspH function to form bacteria-permeable prodrugs, the bactericidal effect and MIC90 value of clinical isolates of a variety of multi-drug-resistant bacteria were tested, and it was found that gas-producing intestines were included. 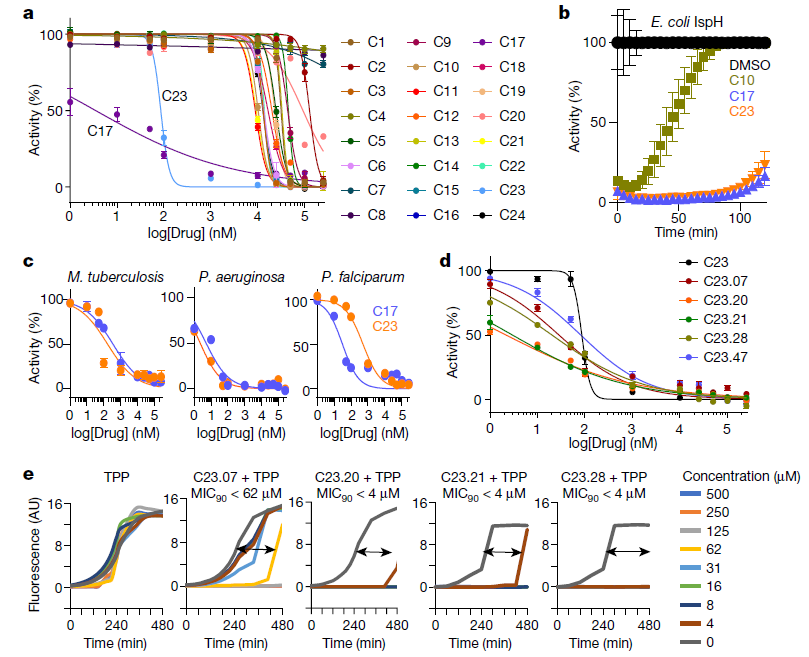 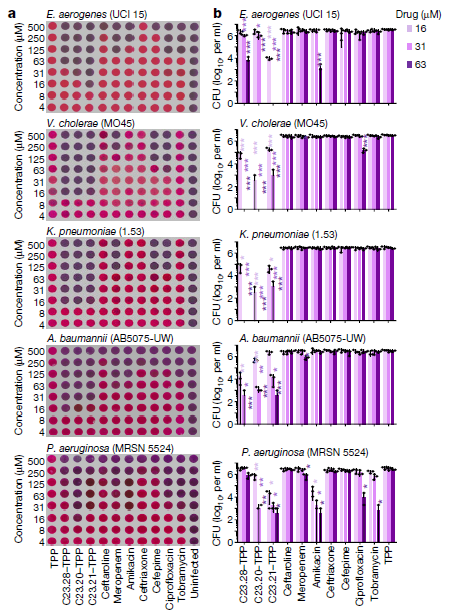 Compared with best-in-class antibiotics, the prodrug C23 has a lower MIC90 value for multidrug resistant clinical isolates of Gram-negative bacteria

Further analysis of the bactericidal mechanism and toxicity of C23 and its similar small molecules revealed that inhibition of IspH can lead to defects in the cell wall and cell membrane formation of E. coli and Vibrio cholerae, and that the treated E. coli body and the Vγ9Vδ2T cells in Vibrio cholerae are at 24 -It was activated within 48 hours and produced high levels of cytotoxic markers such as perforin, granulysin, and granzyme.

This induced Vγ9Vδ2 T cell response was also verified in infected humanized mice. It can stimulate the immune system to have stronger bacterial killing activity and specificity, and it has no toxicity to human cells. 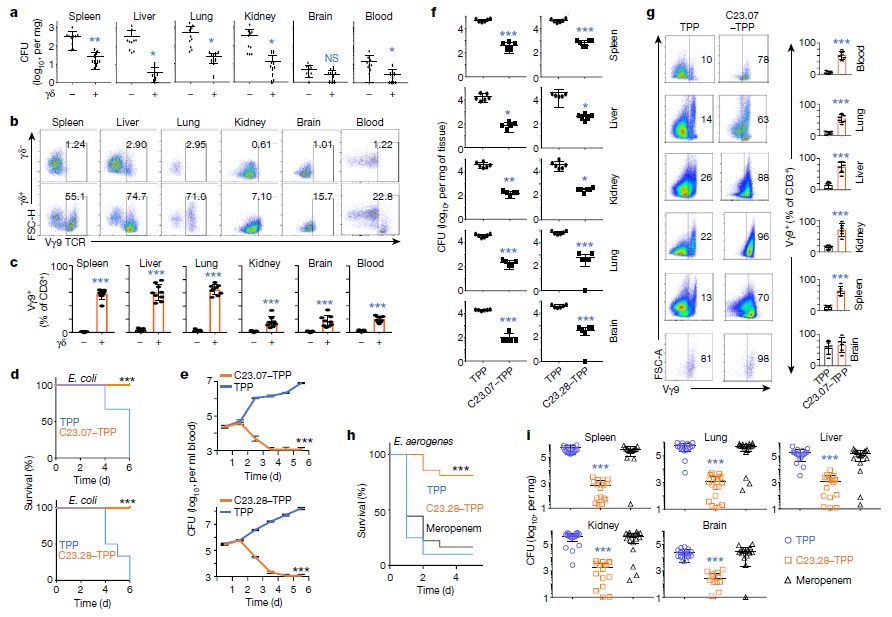 After prodrug treatment, γδT cells in bacteria and humanized mice are activated

Farokh Dotiwala, the corresponding author of the study, said: “We believe that this innovative DAIA strategy can produce a synergy between the direct killing ability of antibiotics and the natural forces of the immune system, which may represent the world’s anti-drug resistant bacteria. A potential milestone.”