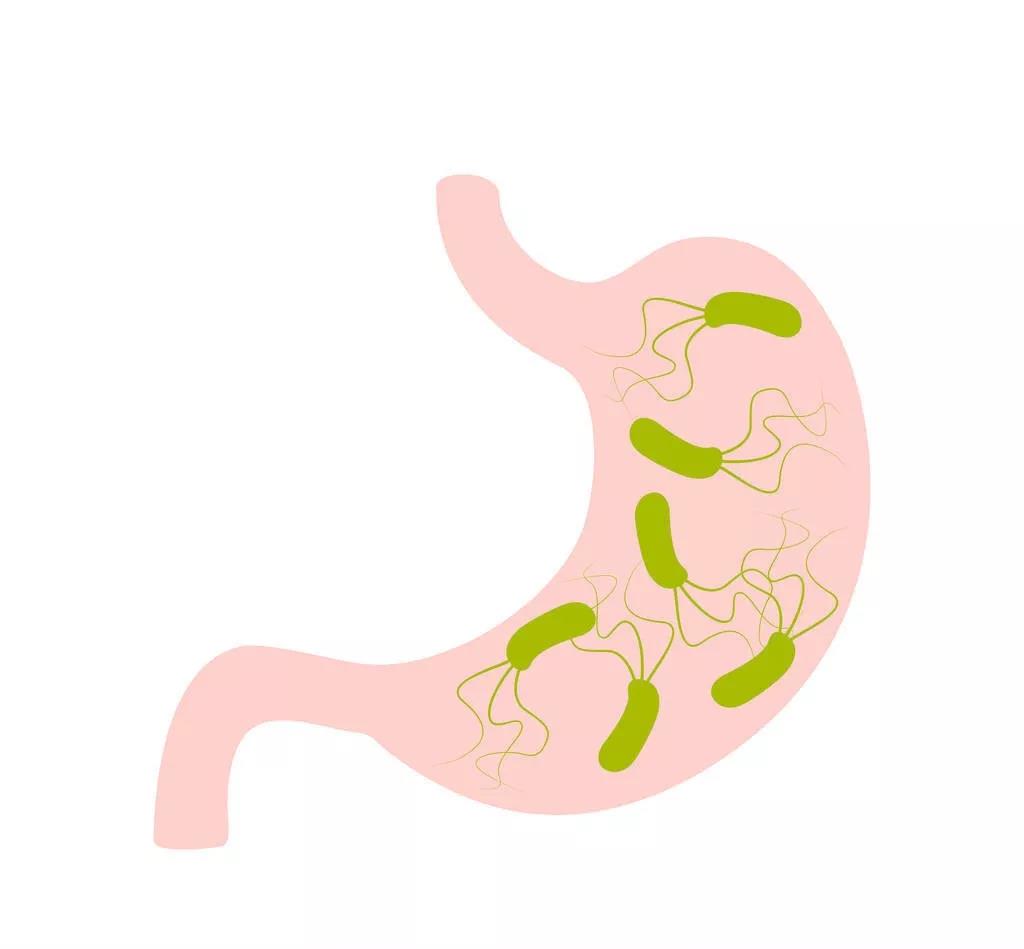 There are two important points:

It can be said that the discovery of antibiotics is of epoch-making significance in the history of bacterial treatment. In 1929, when British bacteriologist Fleming cultivated bacteria in a petri dish, he accidentally discovered that Penicillium sp. There was no bacterial growth around the colony. He believed that Penicillium produced a certain chemical substance that was secreted into the culture medium to inhibit the growth of the bacteria. This chemical substance was the first antibiotic discovered-penicillin. Penicillin was widely used in 1943 In clinical practice, more than 70 years have passed. Although there are more and more types of antibiotics, bacteria are becoming more and more powerful. Therefore, antibiotics are actually a double-edged sword. On the one hand, they can kill bacteria and save lives. On the other hand, it can also cause bacterial resistance. Bacteria that make a comeback are often more terrible. In recent years, even some countries have reported the phenomenon of super bacteria infection.

In 2010, India reported a superbug carrying the NDM-1 drug resistance gene. At that time, it caused a lot of panic around the world. Everyone was afraid that it would cause widespread transmission.

As we all know, not only India is a big country in the use of antibiotics, but also China. The country produces about 210,000 tons of antibiotic raw materials every year, exports 30,000 tons, and the rest is for personal use (including medical and agricultural use), and the per capita annual consumption is about 138 grams (the United States only 13 grams) .

The most serious consequence of the abuse of antibiotics is to produce more powerful resistant bacteria, even super bacteria, and finally no medicine is available.
image

In fact, Helicobacter pylori can not only withstand the test of severe environment, but can also develop resistance to a variety of antibacterial drugs through genetic mutations in its own chromosomes.

So far, among the known antibacterial drugs for the treatment of Helicobacter pylori, the widespread prevalence of Hp resistance to metronidazole, levofloxacin and clarithromycin is an important factor leading to the failure of eradication.

In medicine, clarithromycin is widely used in respiratory infections. Metronidazole, as a commonly used anti-anaerobic drug, is widely used in oral infections, gynecological inflammations, parasitic infections and other diseases. The frequency of use is high, and the drug resistance rate naturally increases. .

In recent years, as quinolone antibiotics have been widely used clinically, the resistance rate of levofloxacin has also become higher and higher.

In many regions, the primary drug resistance rate of Hp reported in recent years can reach 20%-50% of clarithromycin, 40%-70% of metronidazole, and 20%-50% of levofloxacin. Hp can even develop double, triple or more resistance to these antibiotics. Just imagine, how could it be possible to kill Helicobacter pylori with such a high resistance rate?

In addition to these three drugs, there are not many other drugs to choose from. Because of the abuse of antibiotics, amoxicillin, tetracycline, furazolidone and other drugs that can treat Helicobacter pylori will also be at risk.
image

Second, the cause of Helicobacter pylori resistance.

Studies have found that the two toxins that play an important role in the pathogenesis of Helicobacter pylori are mainly vacuolar cytotoxin (VacA) and cytotoxin-associated protein (CagA), which are closely related to the severity of the disease and have a certain impact on eradication treatment. .

It’s too tough. No wonder many patients say that Helicobacter pylori cannot be killed no matter what.

Although whether a bacteria is resistant and has a strong pathogenic ability determines whether we can kill it, but for chameleons, details also determine success or failure. When patients who have failed treatment find us again, we often do not immediately change the drug, but Will ask detailed medical history, personal medication history, and always find some clues.

①For example, the patient has never consulted a professional gastroenterologist, and they went to the pharmacy to buy the medicine directly. Some non-professionals’ suggestions are probably not comprehensive enough. We all know that each patient is a unique individual, so oral medication for the treatment of Helicobacter pylori The bacteria must not be exactly the same. What medicine to take, how to take it, and how long to take it are all important factors that determine whether Helicobacter pylori can be killed. For example, I once met an elderly patient and went to a pharmacy. When buying drugs against Helicobacter pylori, pharmacy sales staff directly recommended cefixime for them. In fact, this relatively advanced cephalosporin antibiotic is completely ineffective against Helicobacter pylori.

②For example, the compliance of patients is very poor. Some patients did consult a professional gastroenterologist. They got the medicine for helicobacter pylori, but they did not take the medicine on time, but took it intermittently. Some patients were afraid of too much medicine. Large, privately reduce the drug dose. In another example, the doctor clearly prescribed a course of treatment for a patient for ten days, but he only took it for five days. Just imagine, if the medication did not reach the course of treatment, how could it be possible to get good results?

③For example, the patient does not notice some bad habits that should be avoided during the medication. Some patients like to smoke and drink. Even if the doctor has repeatedly told to avoid it when prescribing the medication, some patients will not listen at all. To be sure, smoke It can affect the therapeutic effect of Helicobacter pylori. Studies abroad have shown that the eradication rate of Helicobacter pylori in patients with duodenal ulcer who smokes is significantly lower than that of non-smokers. As for drinking, not to mention, we all know that after drinking Taking medication, especially antibiotics, is likely to have a disulfiram-like reaction. This is an extremely dangerous way of taking medication. Even if it does not happen by chance, alcohol can stimulate gastric acid secretion. One of the important points in the treatment of Helicobacter pylori is to suppress gastric acid. secretion.

Because of the tenacity of Helicobacter pylori and the increase in bacterial resistance, the anti- Helicobacter pylori solution must be combined with drugs. In the face of powerful enemies, single-handed heroism is not feasible, so when the patient asks us, the doctor, can you just Take a medicine to control Helicobacter pylori? Our answer is definitely categorical, absolutely not!

Third, which one has the advantage of triple or quadruple therapy?

At present, the more common therapies in China are triple and quadruple therapy.

The treatment of Helicobacter pylori also requires a powerful combination. Let’s talk about triple therapy, which is generally 1 PPI (proton pump inhibitor) + 2 antibiotics, and the course of treatment is 7-14 days.

Fortunately, the advantages of bismuth quadruple therapy in the treatment of Helicobacter pylori are still significant. The current quadruple therapy is 1 PPI + 1 bismuth + 2 antibiotics. Many studies have proved that it is safe and effective. Compared with triple therapy Therapy, the effect is more prominent. The study found that even in the case of high resistance rates of clarithromycin, levofloxacin and metronidazole, the addition of bismuth can still increase the eradication rate of Hp.

For this reason, at the Fourth National Consensus Report on Helicobacter Pylori Infection Treatment held in Jinggangshan, Jiangxi, China on April 26-27, 2012, experts agreed that the use of bismuth quadruple therapy to treat Helicobacter pylori is most suitable for the current China According to the national conditions, in view of the fact that extending the course of treatment can improve the efficacy to a certain extent, the recommended course of treatment is 10 or 14 days, and the 7-day plan is abandoned.

From December 15th to 16th, 2016, experts from the national gastroenterology and Hp research fields held the fifth national consensus report on Helicobacter pylori infection management in Hangzhou, Zhejiang. On the basis of the fourth consensus, it was added Two bismuth quadruple schemes were developed, namely PPI + bismuth + amoxicillin + metronidazole, and PPI + bismuth + amoxicillin + tetracycline. Except for the levofloxacin-containing program (as an alternative to salvage treatment), other programs are not divided into first-line and second-line.

Fourth, the choice after treatment fails.

Indeed, some patients are often encountered in clinical practice, and their medication methods and medication courses are all right. However, due to the resistance of bacteria, antibiotics cannot be effective and eventually lead to treatment failure. When we encounter such patients, we often change Antibiotics, while continuing to give PPI and bismuth, and another course of treatment, this is salvage treatment. If the sterilization is successful, everything will be fine. If the treatment fails again, at this time, both the doctor and the patient must carefully analyze and summarize experience.

First of all, two treatments have failed, so the possibility of subsequent treatment failure is also very high. With the prolonged drug use cycle, adverse side effects may occur, such as bismuth, although it is safe for 1-2 weeks. Even if the stool turns black after taking it, don’t worry too much. However, if you continue to use it for more than 3 weeks, the patient may have various abnormalities. Because bismuth is a heavy metal, long-term use may cause the accumulation of bismuth in the body, causing bismuth Poisoning, if bismuth is deposited in large amounts in the brain and kidneys, it will cause symptoms such as uremia, memory loss, confusion, headaches, etc. In addition, the long-term use of antibiotics can cause intestinal flora imbalance and increase the resistance of Helicobacter pylori The medicinal properties have worsened the situation.

Secondly, after experiencing successive failures, we have to consider whether it is necessary to kill again. For example, it is only the patient who actively requested the eradication of Helicobacter pylori, and there are no other organic diseases. In similar situations, some doctors suggest that there is no need to carry out more changes. Multi-course sterilization treatment, rest for half a year to one year, recheck gastroscope and Helicobacter pylori, and then seek help from the doctor. If you encounter gastric mucosa-related lymphoma, peptic ulcer, gastritis (severe pangastritis, gastric body is Main gastritis or severe atrophic gastritis, etc.), because Helicobacter pylori is closely related to them. If Helicobacter pylori is not killed, these diseases may worsen, so the advantages outweigh the disadvantages, and you can continue to kill after weighing it.

Of course, before choosing a new antibacterial drug, you can consider conducting a drug susceptibility test to select sensitive antibacterial drugs, but because of the high requirements, only some scientific research structures can be carried out.

Believe that in the near future, there will be commercial kits with high accuracy, reasonable prices, and simple test procedures. It is completely possible to conduct drug sensitivity tests before the initial treatment of patients to select sensitive antibacterial drugs. This is not only It can improve the efficacy of the initial treatment and reduce the abuse of antibacterial drugs and the spread of drug-resistant strains!