Knowledge: Questions About Vaccines. In recent years, the media has reported some problems with vaccines, which has reduced public confidence in vaccines. All kinds of biased reports, confusing rumors, and some unrealistic science popularization have caused people to fall into vaccination mistakes one after another and have had an impact on the vaccination work.

All countries have legal supervision over the production and circulation of vaccines; abnormal reactions of vaccination have or should have legal basis for handling. Let’s use examples to break down several vaccine misunderstandings, and give a scientific argument for vaccines, vaccination workers, and children’s parents. 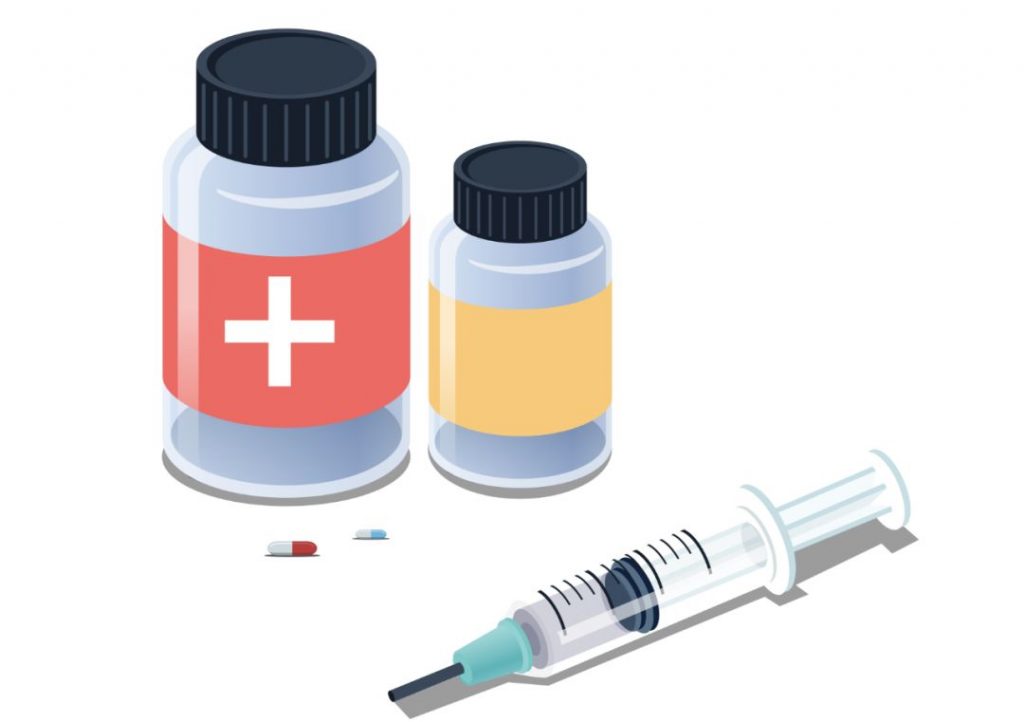 When I first started my vaccination work, when the flu season came, I was going to vaccinate my family against flu, but I never thought that the vaccine problem caused family conflicts. Dad resolutely resisted the vaccine, saying that vaccination would reduce one’s own resistance. After this year, he would have to fight every year, otherwise he would easily catch a cold. The grandfather, who is still a doctor, is open-minded and believes that the elderly need more protection from the vaccine.
That year, none of the vaccinated grandparents and grandparents had the flu; the mother was also vaccinated but had a mild common cold; and the father experienced a flu that caused fever, pain and rhinitis. In the end, it turns out that vaccination is the most effective means of preventing diseases.

Vaccination will not reduce your own immunity. Vaccines are autoimmune preparations made of pathogenic microorganisms (such as bacteria, rickettsiae, viruses, etc.) and their metabolites through artificial attenuation, inactivation, or genetically modified methods to prevent infectious diseases. The vaccine retains the characteristics of pathogenic bacteria to stimulate the immune system, but it is not pathogenic. When the body is exposed to this innocuous pathogen, the immune system will produce certain protective substances, such as immune hormones, active physiological substances, special antibodies, etc.; when it comes into contact with this pathogen again, the body’s immune system will Follow its original memory and create more protective substances to prevent pathogenic bacteria from harming. The entire process did not produce any harmful substances, and vaccination will not reduce one’s own resistance.

2. Fever, local redness and swelling after vaccination may be due to substandard vaccine or improper operation

One year when the Spring Festival was approaching and the holiday was about to go, I encountered such an incident. A six-year-old child had a red and swollen arm after being vaccinated against leukoplakia. The parents came in a hurry, named the nurse who was vaccinated yesterday, and threatened to demolish the house where we were vaccinated. Because he thinks it was the nurse who broke the vaccine when the child was vaccinated, otherwise the arm would swell.

After careful inquiry, the parents were relieved, and after giving guidance, the redness and swelling disappeared within a few days. Later, this family gave birth to a second child and has always trusted us.
As a heterogeneous antigen, the vaccine is injected into the body, and minor adverse reactions are normal. The injection itself has caused a slight trauma. In addition, the components that stimulate the production of antibodies, stabilizers, and preservatives in the vaccine are all irritating substances, which can easily cause local inflammation. Moreover, the vaccine is a foreign body to the body and will also produce Different levels of stimulation trigger the body’s defense response. Therefore, there may be transient redness and fever after vaccination, which will not cause serious damage to the body. These are all determined by the characteristics of the vaccine, and different responses are shown due to individual differences, not because of the quality of the vaccine, and it has nothing to do with the operation of the nurse.

Although, most areas have now implemented multiple vaccination procedures in accordance with the norms. However, there are still doubtful parents. Every time they receive more than two vaccines, they will ask “Can the child bear it?”
In fact, don’t worry about this. Studies have shown that there is no significant difference in the incidence and severity of adverse reactions between simultaneous vaccination of multiple vaccines and single vaccination.
Japanese encephalitis and leprosy vaccines, hepatitis A and measles and mumps vaccines are relatively common vaccination vaccines. The above case studies show that simultaneous vaccination is safe and does not increase the occurrence of adverse reactions.

4. Self-funded vaccines can be given or not

In recent years, parents’ acceptance of self-financed vaccines has greatly improved compared to before, but some family members still think that since they are voluntary at their own expense, it is not important and can be used or not. Even some vaccination doctors would say the same in order to reduce unnecessary trouble.
We all know that vaccines are used to prevent diseases. Although vaccines are artificially divided into immunization program vaccines (free) and non-immunization program vaccines (own expense), the spread of the disease has not stopped because the vaccine is free or not. Diseases like chickenpox and influenza are still raging; like pneumonia, it is still the main cause of death for children under 5 years old. However, the chickenpox vaccine, flu vaccine and pneumonia vaccine are all non-immunization vaccines, and parents need to bear their own expenses.
There are two main ways for humans to prevent diseases. One is to obtain immunity through natural infection; the other is to obtain immunity through the process of vaccinating to simulate an infection. There is no commission for vaccinating doctors to vaccinate non-immunization program vaccines, and there is no case of ignoring sales because of benefits. I hope that every parent can reasonably vaccinate the baby according to his actual situation.

During the time when the information system was not perfect, I met such a parent who brought his child to get the three-year-old vaccine, but it was one day away from the third birthday. We moved with affection, understood with reason, and could not dissuade her from her determination to inoculate in advance. She had to find several bureau leaders, and finally got her wish. However, it brings a lot of trouble to our information entry and future work development.

In today’s environment, this kind of operation is definitely not allowed, and no internal leader can overstep the law. However, we hope that parents truly understand the meaning of vaccination intervals and immunization procedures.

Vaccination, in case of special circumstances, delay the planting, a few days later is generally possible, but early vaccination is not possible. The starting month of vaccination is determined by scientific research and demonstration. It is the minimum age at which an immune response can occur. Early vaccination is considered invalid vaccination. Parents who are truly responsible will not change their children’s vaccination plan at will for their own reasons. I hope that parents believe in the benefits of vaccination, follow the procedures of the immunization plan, and uphold science, rationality and wisdom.

It is not terrible to enter the misunderstanding, as long as we can come out in time. Unrealistic rumors may be able to blind your eyes, but a clear heart will eventually lead to clarity. In life, many times we cross the river by feeling the stones, but the sunshine in our hearts will eventually lead us to hope. May our vaccination doctors be brave, not afraid of rumors, and stick to their posts to create miracles; May our children’s parents be wise, not credulous rumors, and advocate science to harvest the future.