The world is now paying attention to the life science industry, but the focus is almost entirely on the upcoming COVID-19 vaccine and related therapeutic products.

However, we are still keen to discover drugs and clinical trials that have reached the end of the trial.

With this list, we will commemorate various drug plans, which will be the last nail in 2020, including research and development drugs for autism, dermatitis and dry eye, as well as respiratory tract and gastrointestinal Tao and cancer therapy. 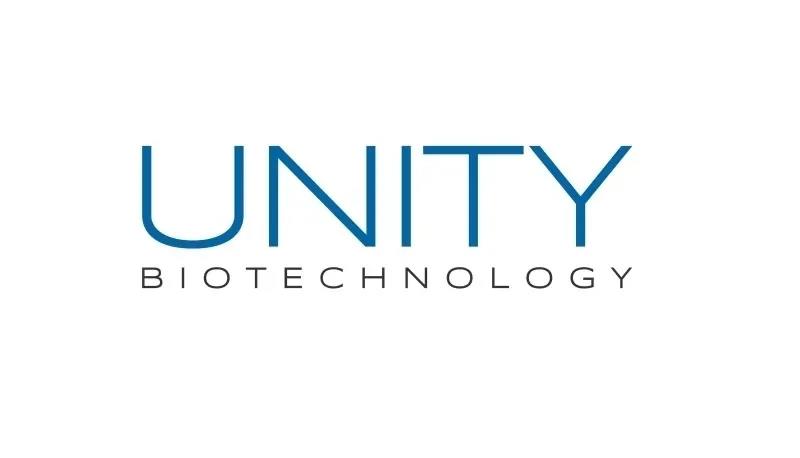 The failure of UBX0101 brought Unity Biotechnology back to preclinical research.

Unity Biotechnology has always been an extraordinary biotechnology company, hoping to fulfill the promise and publicity of anti-aging technology.

In fact, their research is enough to get the support of Amazon CEO Jeff Bezos and others, and at the same time, in 2020, Biogen’s former head of research and development, Anirvan Ghosh, will recruit a new chief. Executive officer.

This sounds a lot like a branch of Vivek Ramaswamy Vant, but it is a biotechnology that was established by its founder Arch Venture Capital and funded by Bezos and Peter Thiel’s Founders Fund, Baillie Gifford and Venrock.

These are the big names of early biotechnology. Unity achieved an IPO of $85 million in 2018, which is not a large number today, because COVID has promoted the prosperity of biotech IPOs.

However, for a pre-clinical company at the time, $85 million was impressive, even if it didn’t look back, it was a bit incredible.

As early as 2018, Japan-based Astellas spent US$405 million to acquire Potenza Therapeutics, a long-term biotechnology partner, and its small but promising immuno-oncology drugs.

One of these next-generation cancer drugs is a phase 1 anti-TIGIT treatment, called ASP8374/PTZ-201, which can be used as an antibody immune checkpoint inhibitor.

In recent years, these hot spots have become all the rage. With the elimination of a large number of anti-TIGIT drugs from companies such as Arcus, Roche and Merck, its clinical success, especially when these drugs are combined with Checkpoint inhibitors.

UK Big Pharma eliminated the Phase 2 asthma drug, which was considered the most promising drug for respiratory therapy for various reasons.

GSK wrote in its explanation of stopping the trial: “Due to the high screening failure rate and the feasibility of completing the study in a timely manner, recruitment was terminated early before the target recruitment was reached.

But this came after the target IL-33 defeated other pharmaceutical companies. These include Sanofi and its partners Regeneron and SAR440340, the latter is an anti-IL-33 atopic dermatitis that was eliminated in the spring.

Although PF-05221304 was eliminated, Pfizer still has other development projects for fatty liver disease.

Reducing the fat in fatty liver has become the goal of almost all major biopharmaceutical companies in the world, but Pfizer decided to cut its drugs in the third quarter.

When the phase-out was announced in late October, Big Pharma quietly entered the financial report, that is, NASH’s mid-segment asset PF-05221304 is no longer in production and will be thrown into the “discontinued project.”

The FDA fast track labeled med is designed to be used as an acetyl-CoA carboxylase inhibitor in patients with liver scars. It is being tested as a monotherapy.

Pfizer has no reason to stop the drug. The drug still appears to be active in combination trials, and for many NASH drugs that have suffered major setbacks in the past few years, this may be a future, especially when used alone.

Roche terminated the autism candidate balovaptan (balovaptan) after the pre-planned invalidity analysis did not support the advancement of the drug.

Roche’s hopeful balovaptan (RG7314), which was marked by the FDA as autistic, was full of hope, but this year, the Swiss pharmaceutical company had to admit failure and put the plan on hold.

The drug is designed to treat autism by regulating the activity of vasopressin, which was the first autism drug that appeared a few years ago.

It blocks the activity of the V1a vasopressin receptor subtype and received a breakthrough label from the FDA in 2018.

Vasopressin is a neuropeptide that helps neurons in the brain communicate with each other and seems to play a role in social interaction.

In the case of autism, higher levels in the blood are associated with better social functioning of the individual.

The drug plan can be cancelled for many reasons: poor results, reprioritization of the research pipeline or due to new market pressures. The reason Takeda dropped the Shire project is the most unusual on our list.

When Japanese pharmaceutical company Takeda decided to acquire Shire for US$62 billion, one of the European Commission’s takeover offers was to divest the biopharmaceutical company’s inflammatory bowel disease candidate SHP647, which is in ulcerative colitis or Crohn’s disease to evaluate.

That’s because it will largely compete with Entyvio patients already approved by Takeda, which will cause the problem of diluting the competitive market.

But in 2020, the committee “removed Takeda from the obligation to divest the pipeline compound SHP647 and certain related rights” because Japanese pharmaceutical companies were unable to sell it, and trials of the drug were largely stopped. In short, it was told to sell, but no one wanted it, so the pharmaceutical factory just decided to cut costs and start operations.

Aurinia Pharmaceuticals hoped to adopt AbbVie/Allergan’s heavy explosive “Restasis”, but these plans had to be cancelled after the bad data ended.

This biotech company is full of hope for dry eye disease. It is called voclosporin ophthalmic solution (or VOS for short).

The mixed data package of the head-to-head trial with Restasis at the beginning of 2019 is enough to shake confidence in the drug, but It cannot be eliminated.

But in November of this year, it revealed the results of another trial, but they did not mix: they failed because the drug failed to beat the placebo in the Phase 2/3 study and instead helped patients produce more Tears.

Johnson & Johnson found that adding pimodivir to the current standard of care would not bring more benefits to hospitalized influenza A patients.

Johnson & Johnson and the US government’s Biomedical Advanced Research and Development Administration (BARDA) are currently fully committed to the vaccine and treatment of SARS-CoV-2, but in these two deadly respiratory diseases, they are still in these two areas. Hard work.

There are four types of influenza viruses: A, B, C, and D. Human influenza A and B viruses cause seasonal epidemics almost every winter in the United States. Strain A is the only influenza virus known to cause an influenza pandemic.

There are vaccines for these types of influenza, but their efficacy is limited, sometimes as low as 20%. The Centers for Disease Control and Prevention estimates that in the past decade, influenza caused 9 to 45 million illnesses, 140,000 to 810,000 hospitalizations, and 12,000 to 61,000 deaths each year.

This may seem small compared to the new threat of COVID-19, but these numbers are huge and combined with the new pandemic, they are even more dangerous.

After a clinical trial in South Africa found that the vaccine was ineffective, GlaxoSmithKline discontinued the HIV vaccine HVTN 702.

GlaxoSmithKline (GlaxoSmithKline) has been re-adjusting its research and development under new leadership in the past few years, setting its sights on cancer.

In view of this, under the supervision of the new head of R&D, Hal Barron and CEO Emma Walmsley, it quickly eliminated projects that did not meet the executive’s ideas. This may seem like a decision made by a fool.

Unfortunately, for the infectious disease research and development department, one of the projects is the HIV vaccine HVTN702 it is studying. The project was abandoned at the beginning of the year, a few days after HVTN 702 failed against developing countries.

GSK quietly announced this move in its February quarterly results: “Further development of this vaccine candidate has stopped,” it wrote. Obviously, the large British pharmaceutical companies did not waste their time throwing away weak drugs and vaccines.

The data reduction came after South African researchers stopped large-scale efficacy studies of the vaccine after the Data Monitoring Committee found that the vaccine was ineffective.

Sanofi and Regeneron quietly announced the matter when they entered the first quarter results in April, and they decided to terminate the work of SAR440340.

This anti-IL33, also known as REGN3500, has been tested in atopic dermatitis, but it faltered. Analysts at Jefferies said, “After eliminating the bad data in the second stage, people have The expectations are great.”

Last year, the Phase 2 study of the drug reached its primary endpoint of asthma, but the antibody is not as numerically as the current blockbuster Dupixent, and it is almost hopeless in combination with the approved med.