COVID-19 mRNA vaccine: Five things you need to know. As part of the effort to end the global COVID-19 pandemic, the world’s first mRNA vaccine was produced at an unprecedented rate, and it has now been promoted, and the second vaccine will follow; one of the two vaccines One is produced by Pfizer/BioNTech, and the other is produced by Moderna, which marks the first batch of mRNA vaccine technology approved for use. 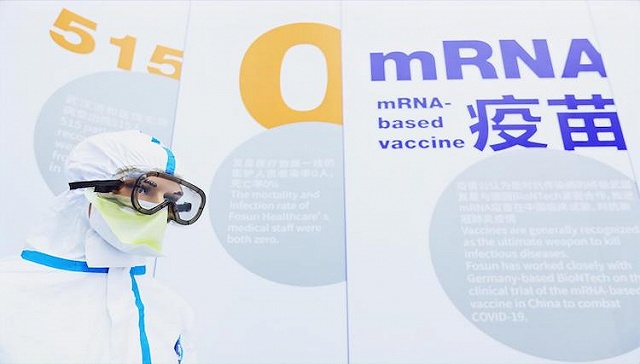 In clinical trials, this new mRNA vaccine is at least 94% effective in preventing people from contracting COVID-19, but how safe is this new technology? The researchers put forward the following 5 points:

1) mRNA vaccine technology is not a completely new technology

Such as inactivated polio vaccines or most influenza vaccines use inactivated viruses to induce the individual’s immune system to respond to disease-causing pathogens. In other vaccines, such as hepatitis B vaccine, a single protein produced by the organism is injected to cause a similar immune response. However, mRNA vaccines deceive the host to produce the viral protein itself, which in turn causes an immune response. Although the mRNA vaccine manufactured by Pfizer/BioNTech is the first mRNA vaccine that has completed all clinical trials and obtained a license, the technology has been around for some time.

Since 2011, the use of the same mRNA technology for human trials of cancer vaccines has been underway. If the technology is really problematic, researchers can definitely see it now. Because the technology can be deployed quickly and clinical trials are quite successful, the mRNA platform has also become an important method to help scientists deal with future outbreaks and epidemics.

2) mRNA vaccine does not change the body’s DNA

Some people’s concern about mRNA vaccines is that they think this vaccine may change human DNA, but this idea is completely wrong and has no scientific basis. The mRNA vaccine does not enter the nucleus (where the DNA is located). Once the injected mRNA vaccine enters human cells, it will quickly degrade and will only stay in the body for a few days. This is why people need two shots of the vaccine to form the best immune response in the body.

The specificity of the mRNA vaccine is very light, and it can be designed to target only the body’s immune response to the viral spike protein, which is a component of the virus membrane, which can properly invade host cells. To ensure this fact, researchers are carefully monitoring unnecessary immune responses that the vaccine will not trigger. Researcher Professor Goldman said that so far, the COVID-19 vaccine has not shown this situation, but it may be very important to ensure that the immune response triggered by the vaccine is concentrated on the viral spike protein.

4) No cutting corners in clinical trials and approval process

Vaccine trials will be carried out in stages, first on animals, and then on humans for the first, second and third phases of clinical trials. The Phase 3 clinical trial of the Pfizer/BioNTech vaccine involves 40,000 people. It started in July 2020. In the future, researchers will continue to collect vaccine efficacy and safety data within two years. Professor Goldman said that most of the safety issues affecting a large number of vaccines will appear within two months.

However, after vaccinating millions of people, the population may experience very rare side effects, and these side effects cannot be predicted from clinical trials. Therefore, researchers and regulatory agencies will pay close attention to the promotion of the vaccine. It is especially important for mRNA vaccines because they are developed based on innovative technology. Regulatory agencies will review the COVID-19 vaccine trial data faster than usual. They will review it in a rolling manner, not just after the trial is completed, but this does not fundamentally change the rules, so it does not exist. The security aspect cut corners.

This process is faster than usual, because now researchers have established an mRNA platform (a method for getting viral mRNA into the body) for use in cancer and other vaccines that are being tested, which means that once the virus’s genome If the sequence is shared, researchers can immediately put it into practice. Of course, companies and governments will take risks and even produce a large number of vaccines before the first phase of the experiment is completed. This means that once the results of the research are available, they can immediately start large-scale human trials.

5) The vaccine will induce an inflammatory response

The vaccine partly works by inducing a local inflammatory response to trigger the function of the immune system. This means that many people experience pain at the injection site and sometimes fever and discomfort within a day or two after the vaccine injection. These are normal phenomena. Of course, this researcher has not yet carried out enough publicity. A survey conducted by researchers in 15 countries in November found that 54% of the population were worried that the COVID-19 vaccine might have side effects. On the first day of mass vaccination in the United Kingdom, two patients with a history of severe allergies had adverse reactions. Subsequently, the British regulatory agency updated its recommendations, clearly stating that people with a history of drug or food allergies should not receive the vaccine. .