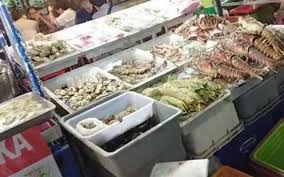 [Global Times reporter Sun Guangyong Wang Yi] The epidemic in Thailand suddenly worsened. Agence France-Presse said on the 20th that the Thai government confirmed that the 689 cases of infection were related to the seafood market in Samut Sakon Province, and most of the infected were laborers. The authorities have ordered Myanmar workers in the seafood market not to leave.

A spokesperson for the Thai Ministry of Health said: “We are taking lockdown measures to prohibit them from walking. We will provide them with food.” At present, Samut Sakon has been “closed”. Soon after this data was released, there were 3 confirmed cases of COVID-19 in an aquatic product market in Samut Prakan province, also close to Bangkok.

According to the “Bangkok Post” report on the 20th, Samut Prakan Province Yin Wanchai said on the same day that three cases of infection had been found in the estuary market in Samut Prakan. Among them, two are Thai merchants selling seafood, and one is a 31-year-old Lao employee.

On the 17th, the first confirmed case appeared in the Shrimp City of Samut Sakon. It was a 67-year-old woman who sold shrimp. After her diagnosis, three other members of her family also tested positive. Subsequently, relevant departments conducted isolation and virus testing on 1192 people in accordance with procedures, and closed the seafood market.