Why do people still get lung cancer even not smoking?

Why do people still get lung cancer even not smoking?  The culprit behind it is more harmful than smoking. Everyone knows the fact that smoking is harmful to health. If you smoke a lot, you naturally bear the brunt of the lungs. According to data, about 90% of lung cancer patients are caused by smoking. However, there are still 10% of patients whose lung cancer is forced to “watch”, including second-hand smoke.

Why would people get lung cancer even if not smoking?

According to media reports, A woman worked in a factory before she retired. Because her former colleagues loved to smoke, she often felt chest pains and was getting worse.

Reluctantly, she was found recently that her lungs had pulmonary nodules, and they continued to expand, but fortunately, the treatment recovered well.

The doctor analyzed this and believed that malignant pulmonary nodules might cause lung cancer, and Ms. Zhao herself had no smoking habit, so she suspected that she was forced to inhale second-hand smoke for a long time, which caused nodules in the lungs. 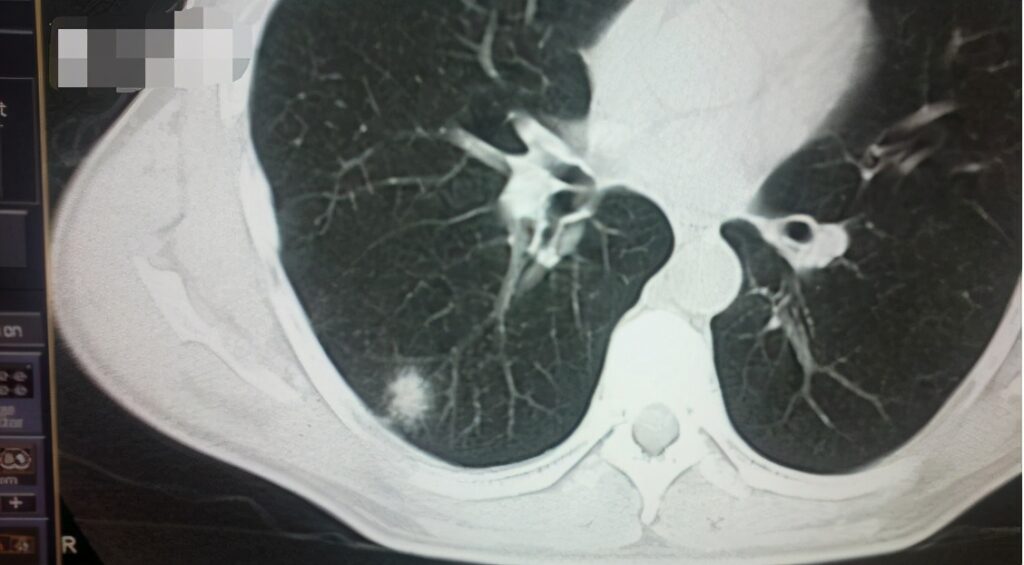 Why can second-hand smoke also cause lung cancer?

Smokers may not know that at the moment they light a cigarette, the cigarette releases more than 4,500 chemical substances, of which more than 200 types greatly increase the risk of human cancer.

People who smoke first-hand cigarettes directly inhale harmful smoke into their bodies, and their bodies are constantly irritated and damaged. This is an unquestionable fact. The chances of developing lung cancer are naturally greater than those who do not smoke.

However, people who do not smoke will also inhale harmful gases in the air unknowingly, especially if they stay in the same room with smokers for a long time, and smoke will fill the room.

Even if you do not directly inhale cigarettes, you will inhale harmful substances in the air when you instinctively perform breathing exercises, causing chronic damage to the lungs. After a long time, the lung mucosa will also have lesions, which will increase the incidence of lung cancer.

Even if you do not smoke, your family members and colleagues have the habit of smoking, which will increase your risk of developing lung cancer.

In order to reduce the incidence of lung cancer, anyone should try to avoid smoking, especially in public, so as not to do harm to others and themselves.

In addition to staying away from cigarettes, you must also pay attention to the following aspects to prevent lung cancer:

When people usually stir fry in the kitchen, they will find a lot of oily fume is emitted from cooking. These oily fume contains a lot of harmful substances. Prolonged inhalation will easily cause grease to adsorb on the lung mucosa, causing chronic damage to the lungs. Increase the chance of developing lung cancer.

If you want to reduce this kind of damage, you should usually turn on the range hood before cooking, and wait until 5-10 minutes after the cooking is finished before turning off the range hood.

Only in this way can the harmful oily fume in the kitchen be cleaned up in time, and a large amount of harmful gas can be avoided to damage the lungs.

Anyone should develop good eating habits and not often eat fried or barbecued foods.

These foods will release some harmful substances due to the high temperature treatment of the fat during the production process, which will greatly increase the risk of lung cancer when people inhale or eat them.

Everyone should try their best to maintain a light diet, eat a variety of fresh vegetables and fruits, and take in nutrients such as protein to help keep the body healthy.

If you live in an environment with heavy air pollution, you should always try to minimize going out, or wear a mask when you go out to reduce respiratory damage.

People who usually need to engage in high-risk occupations due to work reasons should also try their best to take protective measures to avoid inhaling harmful substances to cause lung damage.

If you find that you have a lung disease, you should go to the hospital in time and actively cooperate with the doctor to restore your lungs to health.