Overseas Network, January 20. On the 19th local time, the French health department announced that since the start of the vaccination campaign on December 27, 2020, 139 serious or unexpected adverse reactions and 5 deaths have been reported. 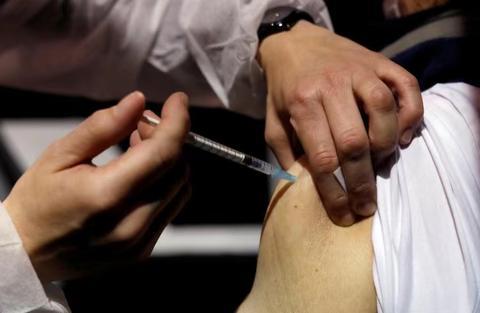 According to the “Parisian” report, France, like other EU countries, has so far selected the combined vaccine of Pfizer and the German BioNTech biotechnology company. By the 19th, a total of 585,664 people in France had received the first dose of vaccine. The health department did not announce the exact time of death of the 5 dead, but pointed out that 3 cases were in Nancy, one in Montpellier, and one in Tours. The 5 dead were all elderly people with complications. At this stage, their causes of death are related to There is no direct connection between the vaccines.

Mathieu Molimard, a pharmacologist at the Bordeaux Medical Center, analyzed that there is no need to worry too much about vaccination because of this situation. It may be just a coincidence. More than 500,000 people in France have been vaccinated, including residents of many institutions and elderly people over 75 years old outside nursing homes. France is studying every piece of information, and there is no evidence that these deaths are related to vaccination. However, he emphasized that no drug is absolutely safe. Although death is not an abnormal situation for elderly people with comorbidities, it is necessary to conduct research on a case-by-case basis to determine whether the vaccine has triggered or accelerated The patient died.

Medical experts in France also pointed out that for the elderly, the chances of allergic reactions to the COVID-19 vaccine are indeed higher, but if they are not vaccinated, the chance of being infected with the COVID-19 virus is also higher. This is a balance of risks and benefits. problem.

Previously, Norway has reported 33 deaths of elderly people since the launch of the joint vaccination campaign between Pfizer and BioNTech in the United States. The Public Health Administration of the country emphasized that there is no direct connection between vaccination and deaths, and 13 deaths are being studied. They are all very old, weak, and severely ill people. But the country recommends medical evaluation before vaccinating elderly and very frail people. (Overseas Network-Paris-Lu Jia)