Apple warns: Don’t let iPhone 12 get close to the pacemaker!

Apple warns: Don’t let iPhone 12 get close to the pacemaker!  A few days ago, a piece of news about “Apple warns iPhone12 not to be close to pacemakers, MagSafe may cause interference” was top searched. Apple warned in the latest support document not to put iPhone12 and MagSafe accessories too close to implantable Medical equipment such as cardioverter defibrillator (ICD).

The hot search immediately caused a heated discussion among netizens. In fact, this warning was not groundless, but came from a paper from Heart Rhythm in early January. The article pointed out that they found that as long as the iPhone 12 is close to the ICD, the device will enter the “suspended” state.

Without further ado, let us take a look at this research together.

It’s true that ICD can be invalidated by putting it in the jacket pocket!

The researchers pointed out that in the latest iPhone12 series, there is a circular magnet array around the central charging coil of the phone to be compatible with MagSafe accessories [MagSafe technology includes a magnetometer and single-coil near field communication (NFC) reader] . The round magnets on the new iPhone help align the iPhone with the wireless charger and other peripheral accessories correctly and increase the speed of wireless charging.

It is precisely because of the strong magnetic array in the new iPhone and MagSafe-compatible housing that there may be interaction between the device and the device, the first author of the study, Joshua C Greenberg, raised concerns about this and decided to verify his conjecture.

So they chose the ICD from Medtronic to test this interaction on patients. They found that as soon as the iPhone was placed close to the ICD on the left chest, the ICD treatment stopped immediately and remained “paused” during the test. And this happens repeatedly when the phone is placed in different positions above the pocket. 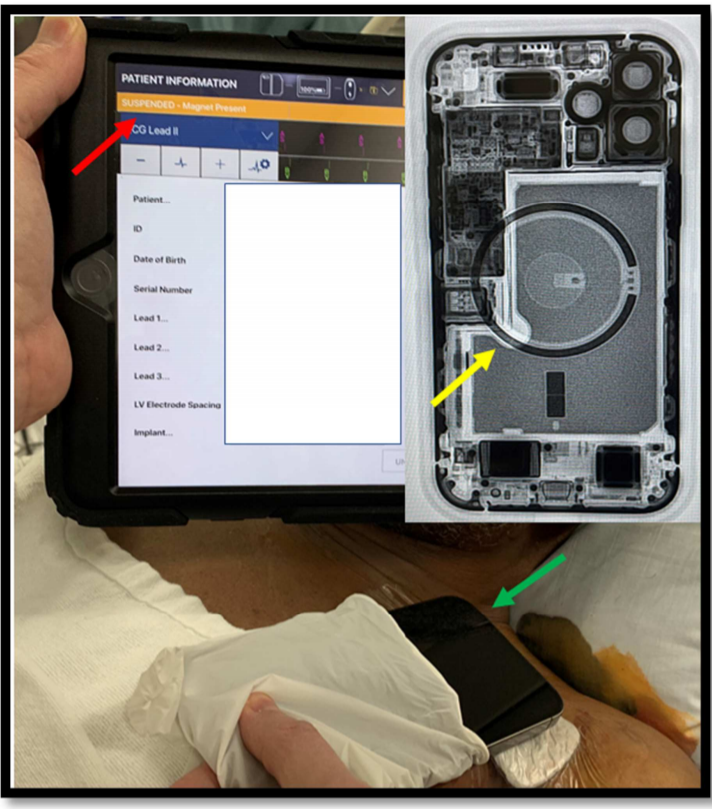 The researcher stated in the article that for the new generation of iPhone 12, this is an important public health issue; for patients who have been implanted with ICD, iPhone 12 may hinder the operation of the patient’s equipment and affect the patient’s life, especially This is when the patient puts the phone in the pocket above the clothes.

You know, ICD is still the cornerstone of the treatment of malignant ventricular arrhythmia in patients with high-risk heart disease. The ICD system includes batteries, capacitors, sensing/pacing circuits, and intracardiac or extracardiac wires. All ICDs have a built-in switch (reed switch, Hall effect sensor, huge magnetoresistor or coil) that responds to externally applied magnetic fields.

As for what kind of mobile phone has the least interference, the researcher said in the article that the research shows that the previous smart phones without magnetic arrays have the least risk of electromagnetic interference to the ICD (for comparison, the iPhone 6 in hand is quite “sweet”~) .

Of course, not only wireless charging of mobile phones, a recent case report shows that using a fitness tracker wristband can also disable the ICD within a distance of 2.4 cm.

This makes me want to ask: Does Apple know about this kind of electromagnetic interference?

Apple issued a statement! This is not the first

The researcher pointed out in the article that Apple’s website did mention its magnetic interference to medical equipment and consulted with doctors and medical equipment manufacturers in advance. Medical device manufacturers and implant surgeons should be vigilant to make patients aware of this significant interaction between the iPhone 12 and other smart wearable devices and cardiac implant electronic devices. 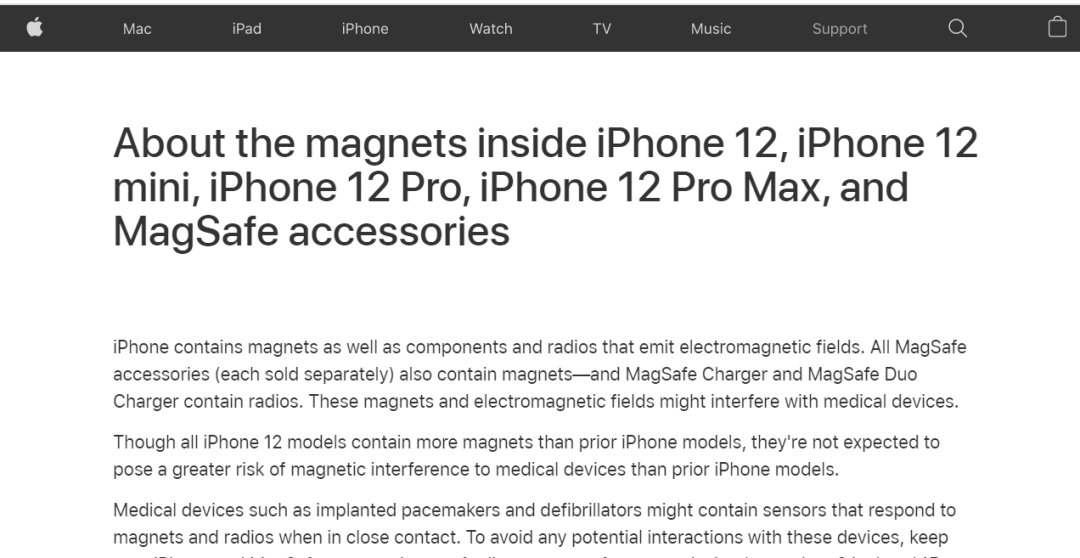 In a statement issued by Apple on January 23, it stated:

In order to avoid any potential interaction with these devices, please keep a safe distance between iPhone and MagSafe accessories and ICD and other devices (more than 6 inches / 15 cm apart, if you are using wireless charging, the distance must be more than 12 inches / 30 cm).

Apple also reminded that you should consult relevant doctors and equipment manufacturers for specific guidance.

Of course, the researchers emphasized in the article that although they chose the ICD from Medtronic and Apple’s new iPhone as the research objects, they did not deliberately target Medtronic and the new iPhone, just because this phone is compatible with some of the most advanced new technologies. , Various magnetic-based communication and charging methods will be used. (Full score for the desire to survive!)

Of course, it’s not just Apple that has this problem. As the netizen said below, all magnetic objects may interfere with ICD and pacemaker devices. Don’t panic too much!