Hepatitis B drug developers:  What are the possible ways to degrade cccDNA?

Hepatitis B drug developers: What are the possible ways to degrade cccDNA?   In the research of drug developers, you must be familiar with both adefovir and tenofovir. One of them is a purine nucleoside prodrug and the other is an acyclic adenine nucleotide analog. Inhibition of HBV replication requires phosphorylation of adefovir. Once it enters the cell, the active metabolite adefovir diphosphate is formed. 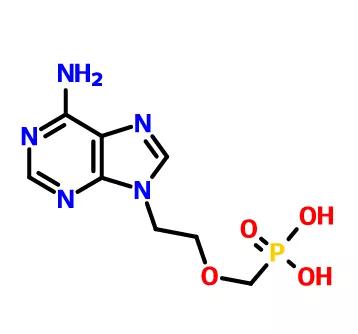 For  hepatitis B drug developers, what are the possible ways to degrade cccDNA?

Adefovir diphosphate can replace the normal substrate of dATP (adenosine). Once it enters the viral DNA chain, it stops the extension of viral DNA synthesis. Adefovir also suggests that it can induce the production of α-IFN, increase the activity of NK cells, and stimulate the host’s immune response. Compared with only using ADV, adefovir has shown a stronger effect in inhibiting the direction of HBV replication, but as an additional therapy for LAM resistance, many clinical researchers have found that its resistance rate is lower.

Larger doses (30 mg per day or higher) can cause renal toxicity, but the standard dose of 10 mg/day will not seriously affect renal function. When using adefovir, kidney function needs to be closely monitored. As mentioned earlier, another acyclic adenine nucleotide analogue: tenofovir, which can inhibit the replication of HBV and HIV during the reverse transcription step. Tenofovir prodrugs are converted into tenofovir diphosphate by cellular kinases. Therefore, Tenofovir has been proven by many clinical researchers because of its powerful HBV inhibition, high barrier to drug resistance, and the overall balance between benefits and risks.

Currently, the first-line antiviral therapy is NA therapy, which acts to inhibit HBV replication, and new anti-HBV drugs are under development and evaluation. NA drugs can inhibit the amplification of new cccDNA, but because cccDNA persists in the nucleus, liver cells are still infected, and cccDNA escapes through the “error-prone” viral polymerase and drug-resistant mutants. Therefore, for drug developers, the continuous removal of cccDNA from infected liver cells is a major development challenge. One of the strategies that can be solved is immunotherapy, such as cytokine or immune-related receptor-mediated cccDNA degradation.

In the direction of seroconversion, IFN-α shows a better development prospect than NA. It has been documented in the past that high-dose IFN-α can induce cccDNA eradication of HBV-infected hepatocytes. Of course, IFN-α also has its development limitations, which has been confirmed in the practical feedback of many clinical researchers. For example, IFN-α is effective for some patients, but its response rate is low, contraindications, parenteral administration inconvenience and serious Adverse reactions have restricted the widespread use of IFN-α.

Therefore, clinical researchers are more inclined to choose receptor-mediated degradation of cccDNA. Through the use of specific antibodies, the activation of the lymphotoxin (LT) β receptor (LTβ r) can also induce the eradication of cccDNA of HBV-infected hepatocytes without any detectable hepatocyte toxicity. Regarding its underlying mechanism, without affecting the host genomic DNA, activation of LTβR can up-regulate the expression of nuclear APOBEC3 (A3) deaminase, and subsequently induce the formation of deamination and purine/pyrimidine (AP) sites of HBV-cccDNA, resulting in It degrades.

In addition, some studies have found that IFN-α also has a similar effect. If clinical researchers use LTβR agonists or adoptive T cell therapy, receptor-mediated degradation of cccDNA can eliminate chronic HBV infection in the liver. In addition to the above strategies that can affect the cccDNA replication template of hepatitis B virus, there are some other possible ways besides INFs and LTβR agonists, which are also concerned by drug developers, such as factors that affect cccDNA transcription and translation processes (methylation and acetylation) , Or a DNA cleavage enzyme (zinc finger protein nuclease and transcription activator-like effector) that interrupts the structure or function of cccDNA