Children with ASD should fast wheat and milk

The relationship between wheat and milk and ASD

It is estimated that more than 90% of children with ASD have dietary problems [1]. The gluten in wheat and casein in milk can cause brain abnormalities in children with ASD during the metabolism process in the body [2].

Since the 1980s, Norwegian doctor Dr. Karl Reichelt has been studying the relationship between ASD and other psychiatric diseases and peptides in the intestines (produced by wheat and milk). In 1986, he found that people with schizophrenia, ASD, ADHD, epilepsy, depression, and asthma excrete a large number of different patterns of peptides, all from children with casein intolerance and gluten intolerance.

These studies deserve our attention. 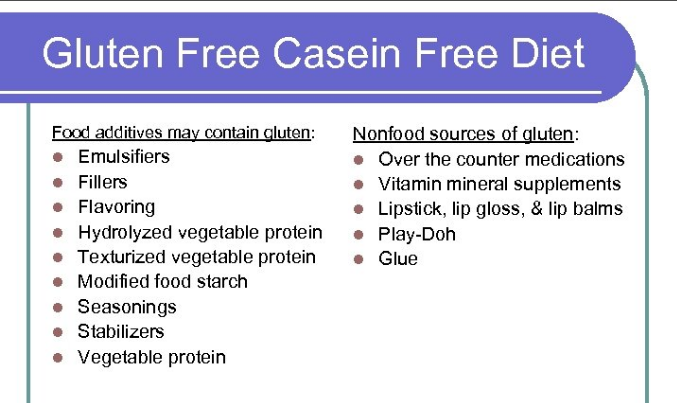 Why wheat and milk?

Wheat contains gliadin and glutenin, and milk contains casein. These two types of proteins are toxic proteins. If the body does not have the enzymes to digest them, it is food intolerance, which has a greater impact on the nervous system than other intolerances. Food should be bigger. Why is it wheat and milk instead of eggs or tomatoes?

(1) These exorphins are very addictive. Those who like to eat wheat or drink milk are worthy of vigilance.

(2) The Opioid-excesstheory theory believes that ingested gluten and casein will be broken down into gluteo-morphins and beta-casomorphins, two neurotoxic exorphins in children. Peptides (exorphins) enter the brain after passing through the intestinal tract in the “leaky gut” state, interfere with the normal work of the brain, and cause abnormal behavior and brain development [3].

(3) Zioudrou C et al. (1979) found that this peptide can cross the blood brain barrier and bind to morphine receptors in the brain [4].

It can be seen that these two kinds of proteins are unique to wheat milk and have unique effects on the nervous system. 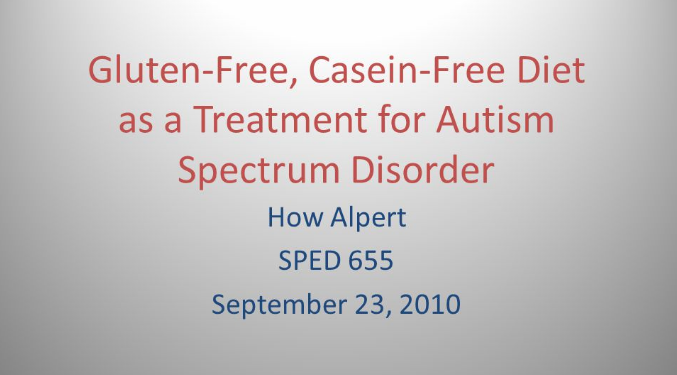 The mechanism and effect of wheat and milk

For children with ASD, exorphins affect the immune system and produce cytokines, which can cause inflammation and immune responses in the cerebellum and intestines. Children with ASD may suffer from cerebellar damage and digestive problems.

(1) After the exorphins produced by gluten and casein enter the brain, they affect the morphine receptors in the limbic system, and then affect social interaction. It can also lead to reduced pain, self-harm, compulsive and repetitive movements.

(2) The lack of peptidase in the brain, coupled with excessive peptides in the intestine, will activate other transport substances, especially glutamate, which is sufficient to explain the worsening symptoms of ASD children after eating wheat and milk. Explain their anxiety, hyperactivity, grumpiness, seizures, and dilated pupils.

(4) Reichelt (1986) found that eating a gluten- and casein-free diet can reduce the content of peptides in the urine and also improve the symptoms of ASD.

Note: The reference is in the picture at the end of the article, if you want to continue reading, ask me for it.

Determine if the child has wheat and milk intolerance

According to the practice and research of Dr. Reichelt and other researchers, gluten or casein intolerance has the following symptoms:

In contrast, if the child has the above behaviors or phenomena, it is worth to be wary of whether the child is related to wheat or milk intolerance. Then, it is necessary to make adjustments in the diet and thoroughly implement a gluten-free/casein-free diet (GF/CF) ), strictly taboo. If diet management is done well, there is a 50% chance that the child will return to normal.

Of course, the causes of ASD are very complicated and cannot be determined by only one factor of wheat and milk. There are also effects such as heavy metals, electromagnetic radiation, imbalance of trace elements, disorder of intestinal flora, unconformity of primitive reflection, so don’t expect children 100% will return to normal. It takes many factors to consider before the child will return to normal sooner.