Nowadays, obesity has become a global epidemic, and the obesity rate is showing a rapid increase in the world, including China of course. Factors such as diet imbalance, reduced exercise, and increased social pressure are the main culprits for the soaring obesity rate, but genetic differences in different populations are also one of the important reasons for obesity.

Scientific research shows that obesity not only causes a decline in physical activity, but also induces a series of diseases, such as diabetes, cardiovascular and cerebrovascular diseases, high blood pressure, respiratory dysfunction, and even cancer. Not only that, some studies have shown that obesity can also affect the health of offspring, including premature birth, congenital malformations and mental retardation.

Therefore, in order to cope with the increasingly severe obesity problem and to explore the mechanisms leading to obesity, it is very important and urgent to develop new target drugs for the treatment of obesity.

The study found that eIF4E, an important protein involved in mRNA translation, plays an important role in regulating diet-induced obesity. Heterozygous mice with single-copy knockout of eIF4E gene did not increase their body weight significantly under the diet of high-fat food, and their livers were healthier than the control group.

In the past half century, the incidence of obesity has increased by nearly three times. Statistics show that nearly 40% of adults worldwide are overweight or obese. More importantly, obesity can also lead to increased mortality and susceptibility to certain diseases, and there are few feasible treatments to intervene.

It is worth noting that an important sign of the progress of obesity disease is the ectopic deposition of lipids, that is, in the form of lipid droplets in some important organs, such as the liver. At the same time, studies have shown that excessive intake of fat (rather than carbohydrates and protein) plays a leading role in regulating obesity caused by diet.

In this study, the research team continuously fed normal wild-type (WT) mice and heterozygous (eIF4E+/-) mice with single-copy knockout of the eIF4E gene a high-fat diet for 5 months. It was found that the weight gain of heterozygous mice was only half of that of wild-type mice, indicating that eIF4E is related to fat storage related to obesity. 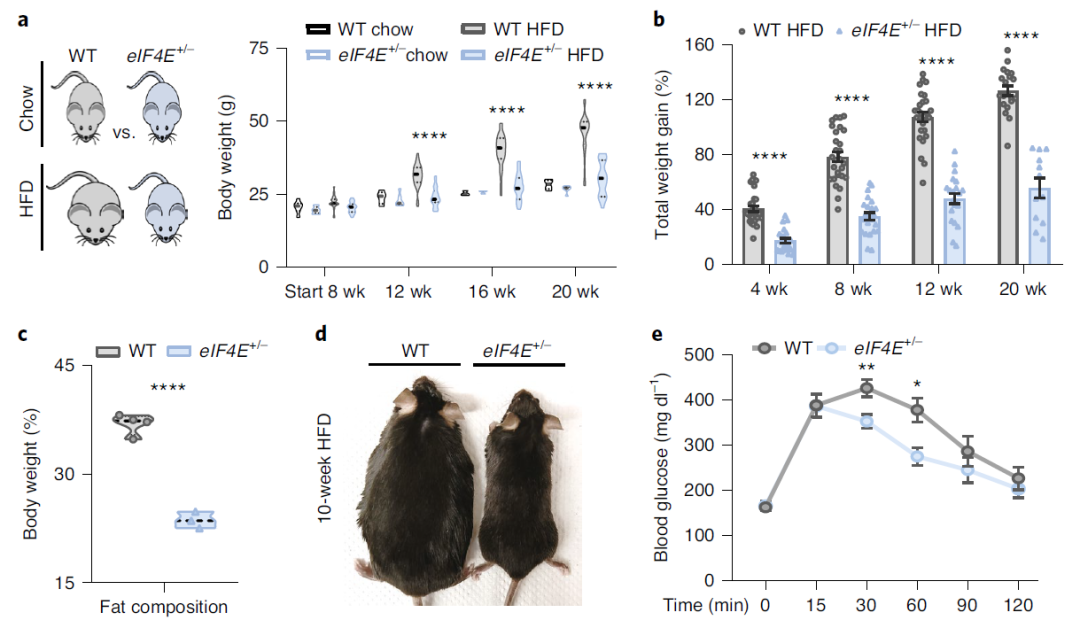 In fact, eIF4E plays a key role in the initial stage of protein translation and is present in all cells of the human body. Therefore, it was previously believed that eIF4E is an extremely important protein, and knockout of its gene will inevitably lead to disorders of cell protein metabolism.

However, in 2015, a study led by the corresponding author of the study, Professor Davide Ruggero, broke this understanding. They constructed a single copy knockout mouse model of the eIF4E gene (eIF4E+/-). The results showed that only normal Heterozygous mice with half of the eIF4E protein can still synthesize proteins and develop normally.

Therefore, the research team continues to explore whether eIF4E deficiency may have more subtle effects under certain living conditions. They examined the role of eIF4E and cap-dependent translation control in response to metabolic stress to determine what benefits a large amount of eIF4E might provide at the biological level. 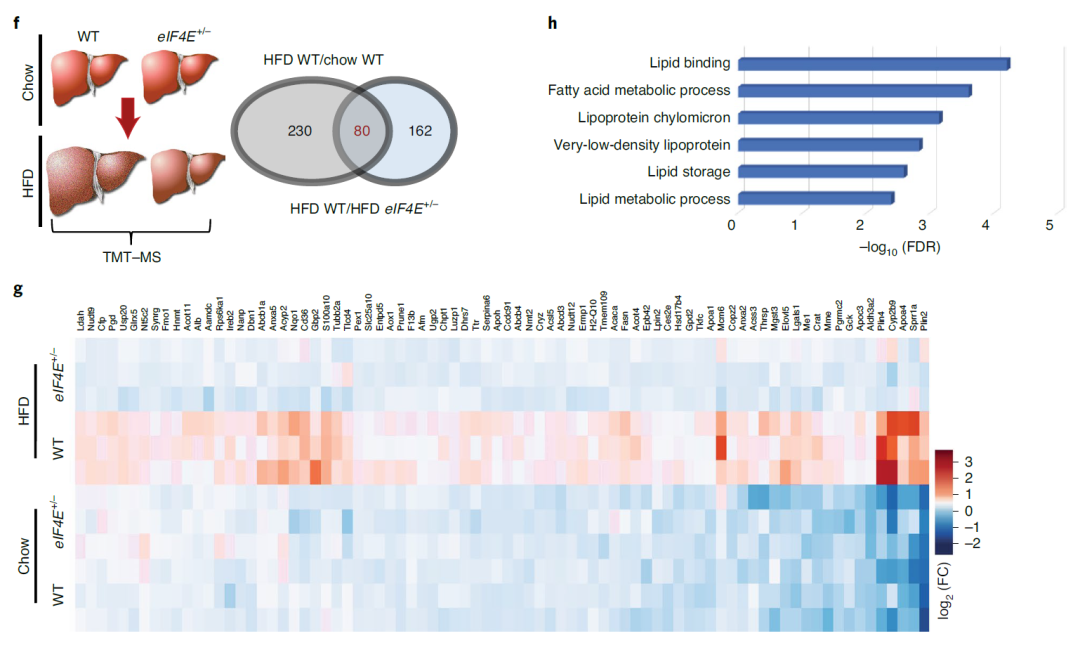 The relationship between hepatocyte dynamic lipid storage and eIF4E activity 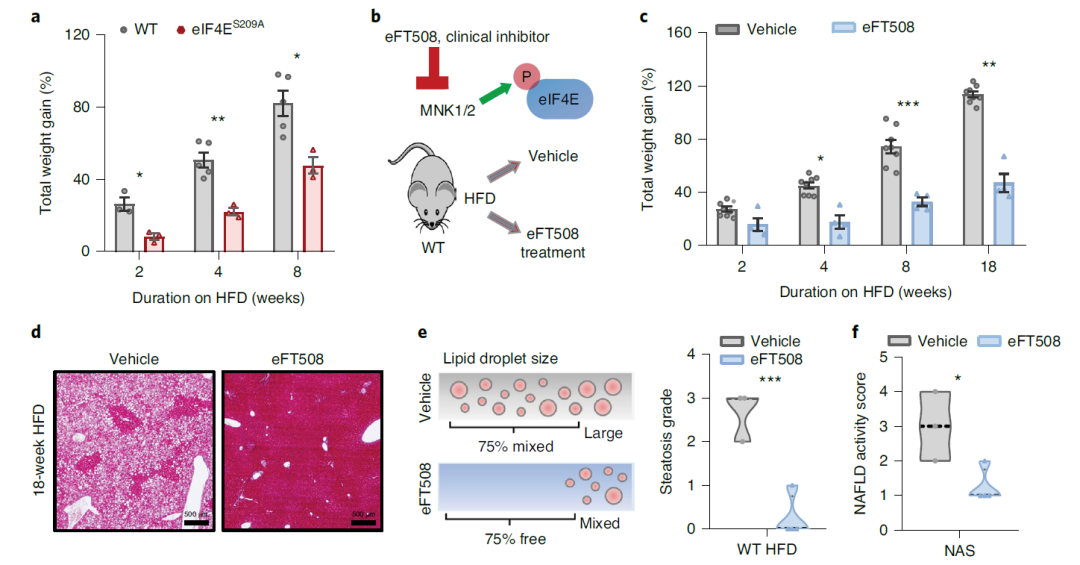 In 2012, Professor Davide Ruggero and others founded a biopharmaceutical company called eFFECTOR Therapeutics to develop new anti-tumor drugs that are inhibitors of selective translation regulators. One of the fastest progress is the translation inhibitor called eFT508 (tomivosertib).

In summary, this study shows that the activity of eIF4E plays an important driving role in controlling obesity related to high-fat diet. Therefore, drugs targeting eIF4E, such as eFT508, are expected to be used to treat obesity and obesity-related diseases.

Many studies have confirmed that obesity is an important factor in causing cancer. This study found that the anti-cancer drug eFT508 can effectively promote fat burning and inhibit obesity, which also provides valuable new clues for further exploration of the relationship between obesity and cancer.