The most well-known medical journal, the New England Journal of Medicine (NEJM), published the highly anticipated real-world protection data of Israel’s mRNA vaccine against COVID-19 (BNT162b2) after vaccination on February 24, 2021. The data after the first vaccination of this study has been reported by Reuters; and this NEJM article more importantly reported the validity data 7 days after the second vaccination.

Immediately after the article was published, it attracted wide attention and reposts from the media. NPR even made headlines on the hourly news.

The study found that the vaccine’s effectiveness in preventing symptomatic SARS-CoV-2 infection 7 days after the second vaccination is as high as 94%, which is very close to the 95% of the phase 3 clinical trial results. 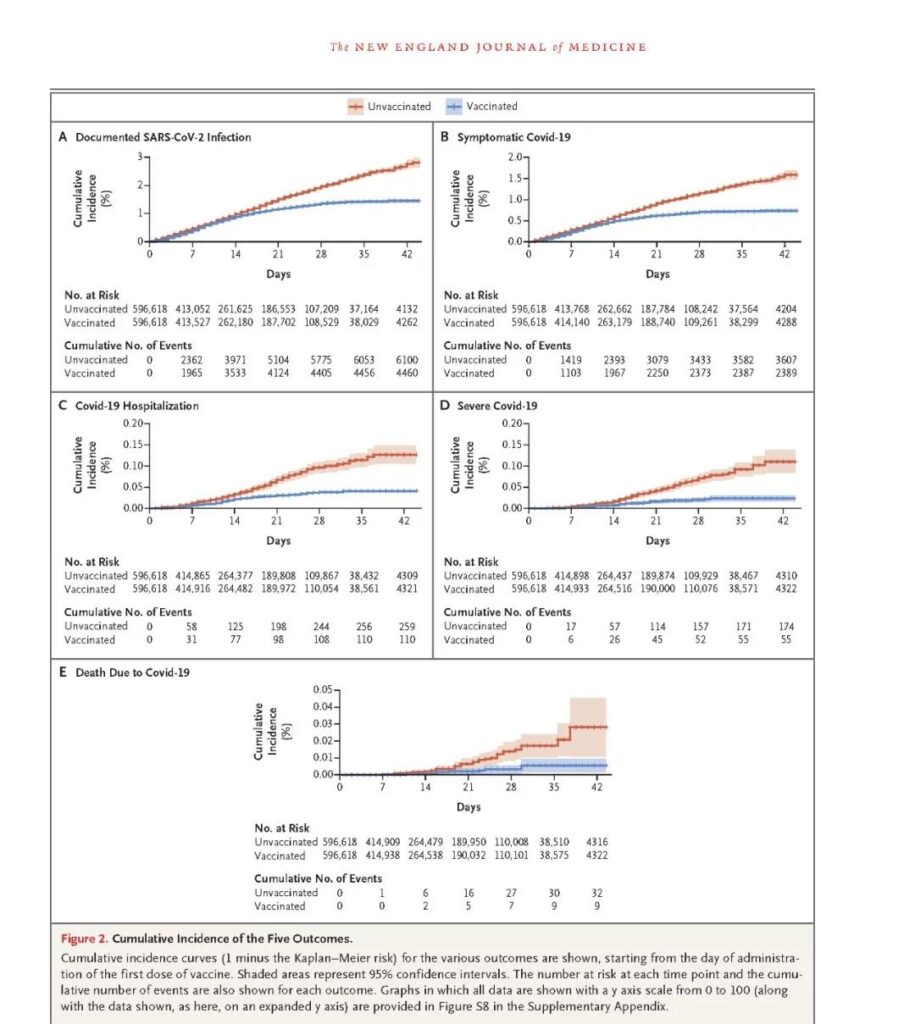 Clalit Health Services, the largest medical institution in Israel, conducted a 1:1 ratio with unvaccinated controls for all people who were vaccinated between December 20, 2020 and February 1, 2021, based on demographics and clinical characteristics. Match analysis. The study used the Kaplan-Meier method to calculate the effectiveness of the vaccine in each case.

The vaccinated group included 596,618 people in the study. The protective data on the 14th to 20th day after the first vaccination and the 7th day and beyond after the second vaccination are as follows:
image

1. For infections confirmed by PCR: the protective power is 46% on the 14th to 20th day after the first vaccination; 60% in the first 7 days after the second vaccination, and 92% on the 7th day and afterwards. 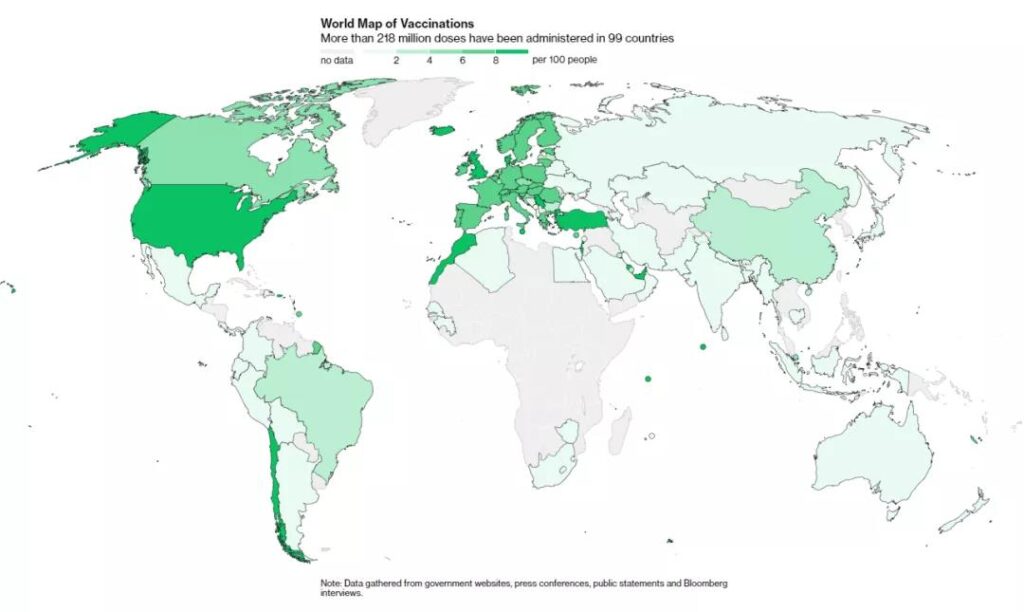 Achieving herd immunity through vaccination is the key to liberating humans from the COVID-19 epidemic. According to Bloomberg’s update on February 24, 2021, 99 countries around the world have initiated vaccination, with a cumulative vaccination of more than 218 million doses, and the current daily vaccination has reached 6.14 million doses.

At present, countries in the world are making every effort to accelerate vaccination, and Israel has the highest rate of vaccination. As of February 24, 50.7% of the Israeli population had received at least one dose of the vaccine, and 35.3% had received two doses of the vaccine. And thus become the best sample for observing herd immunity.

The real population data published by NEJM is consistent with the results of the phase 3 randomized trial. This is also the case where efficiency is close to effectiveness as I have repeatedly said. The results of Israeli vaccine research in the real world bring us comfort and test the effectiveness of the vaccine.
It is hoped that mankind can have more cooperation and mutual assistance, free from the blockade of the plague as soon as possible, and reopen again.