Why Israel can rank No.1 on COVID-19 vaccination in the world?

Israel, which has the world’s highest coverage rate of COVID-19 vaccination, has been receiving new news recently.

According to Our World in Data data, as of now, 87.06 doses of vaccine have been distributed for every 100 people in Israel.

The Minister of Health of Israel previously stated that about 4.3 million Israelis have received the COVID-19 vaccine, and nearly 3 million of them have completed the second dose. . 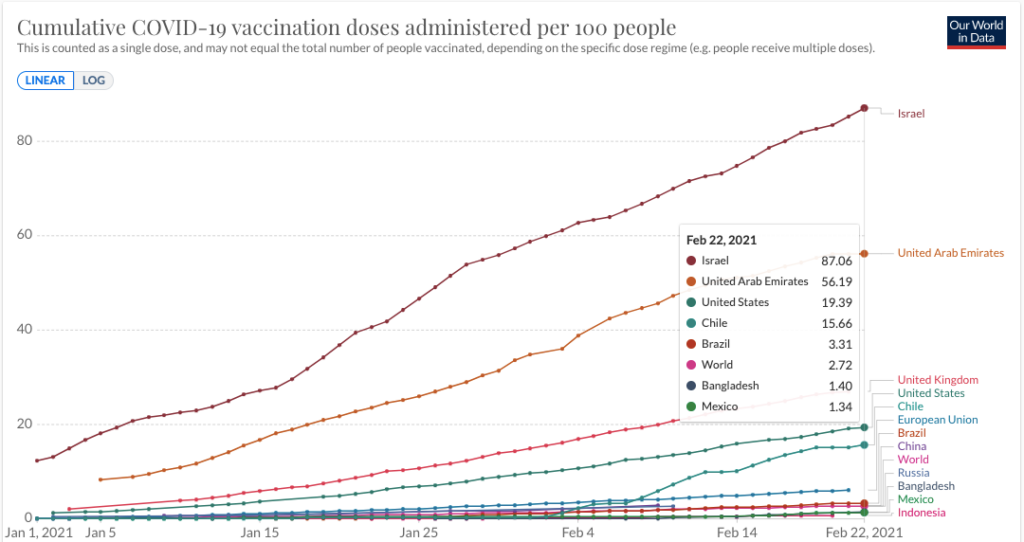 There is no doubt that Israel is still the first country to obtain herd immunity through vaccines.

On February 24, NEJM published a paper analyzing the real-world protection data of Pfizer mRNA vaccine BNT162b2 based on the vaccination situation in Israel.

The study counted 596,618 vaccinators from December 20, 2020 to February 1, 2021, and analyzed the protective power of the vaccine 14 to 20 days after the first vaccination and 7 days after the second vaccination. The results show that: 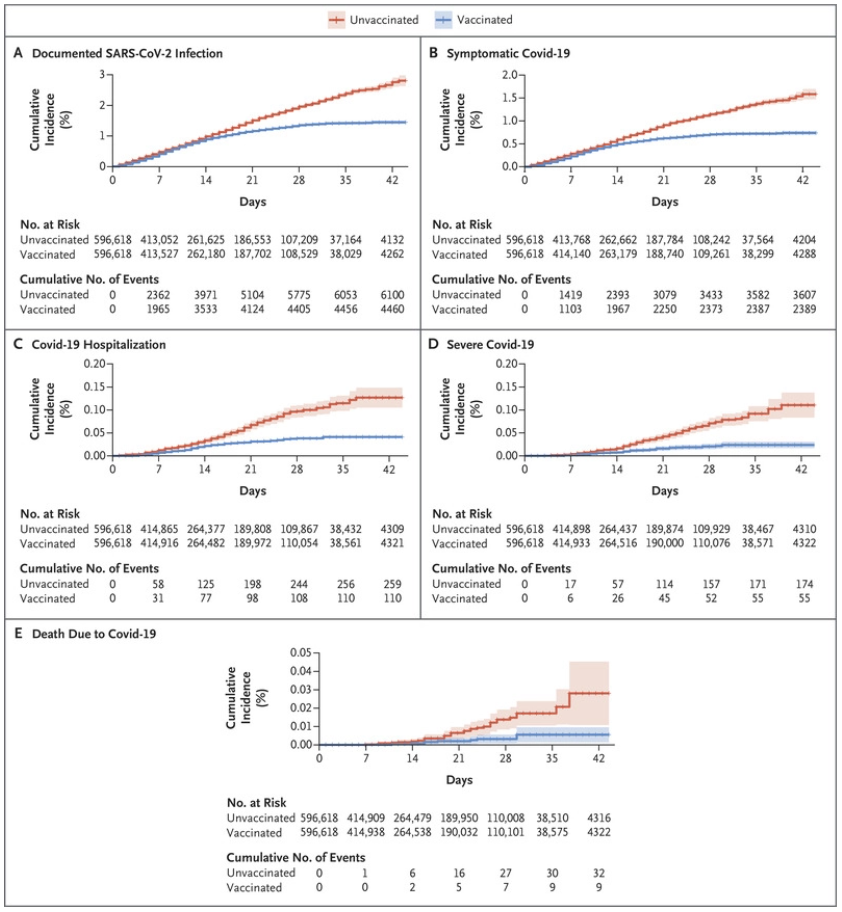 The Israeli Ministry of Health released the vaccine effectiveness data on February 20. 14 days after the second dose of vaccine, the overall effective rate of the vaccine was 95.8%:

On February 18th, Lancet published a paper on the vaccination situation in Israel, which is also the first article to evaluate the efficacy of the COVID-19 vaccine based on real-world data.

The study selected 9109 medical workers, of whom 7,214 received the first shot and 6,037 received the second shot. 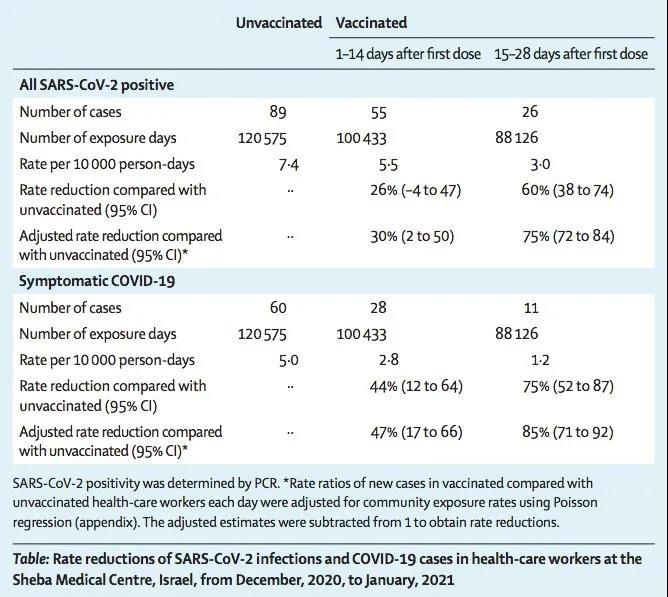 Why can Israel lead the world in vaccine coverage? First of all, in the matter of purchasing vaccines, it can be seen that the government has indeed paid the money.

In June 2020, Israel became one of the first countries to sign a vaccine supply agreement with Moderna. In November 2020, while Pfizer announced that the COVID-19 vaccine was effective, Israel quickly delivered a huge deposit.

According to Deutsche Welle reports, the Israeli government spent a total of US$315 million (approximately 2 billion yuan) to purchase vaccines from Pfizer and Moderna. The purchase price of each dose of Pfizer was 23 euros. 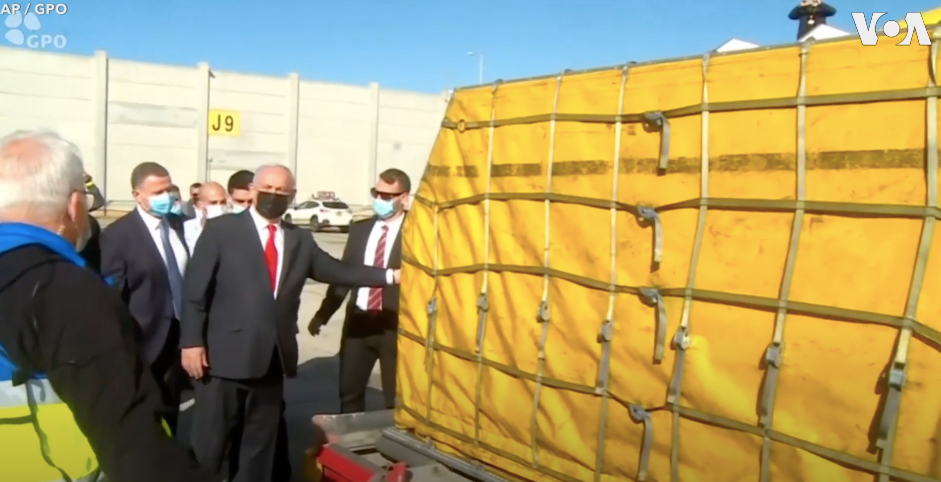 The price war is also part of Israel’s plan. The Israeli Finance Minister said in an interview that to compete with major countries for vaccines, it is necessary to increase the purchase price.

In addition to “buy early and buy expensive”, the Israeli government has also reached an agreement with Pfizer to exchange data for vaccines.

“We persuaded pharmaceutical companies that as long as they provide vaccines to Israel, we can promote vaccination in the shortest possible time,” Israeli Health Minister Edelstein said in an interview.

The agreement was quickly signed so that pharmaceutical companies can see the results of vaccination in Israel as soon as possible. This is a win-win situation.”

Although the government will anonymize patients’ personal information, many people still believe that this may infringe on patients’ privacy.

Tehilla, a senior researcher at the Israel Democracy Institute, believes that the data shared may also include the patient’s complete medical history. “This way of directly assigning personal data to the government is neither ethical nor legal.”

In any case, Israel’s positive attitude has received a good response. According to local media reports, Pfizer has privately promised to deliver about 10 million doses of vaccine to Israel by the end of March, and Israel’s goal is to complete the vaccination of 5 million people by the end of March. .

Medicare for all, exhausting efforts for vaccination

In 1995, the Israeli government promulgated the National Health Insurance Law, adopting a mandatory method of enrollment, requiring all Israeli citizens to be covered by a medical insurance program provided by four state-regulated medical institutions: Clalit, Maccabi, Meuhedet, and Leumit. 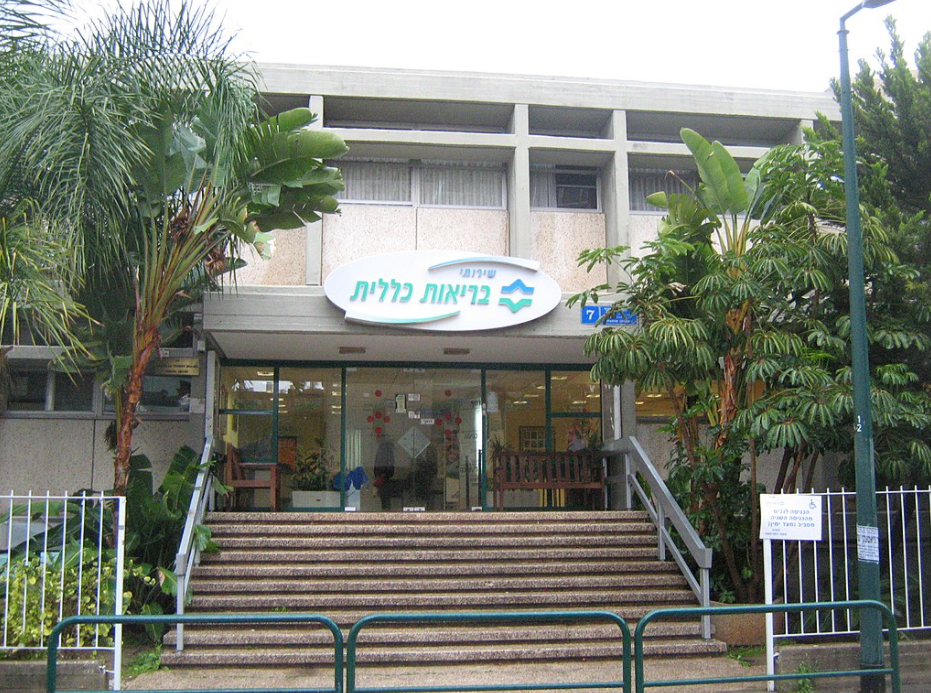 In addition to medical insurance, these four medical institutions also have collaborative relationships with hospitals and clinics. Take the largest scale Clalit as an example.

The Meir Hospital directly established by it is one of Israel’s largest hospitals.

At the same time, Israel also has a digital system that summarizes national health care information, which records all insured persons’ medical data from birth to the present, which can be accessed and viewed in different hospitals and clinics.

The COVID-19 vaccination service is also provided by these four medical institutions to the insured people free of charge.

In addition, the Israeli government has established a Covid-19 command center to coordinate the different agencies that may be involved in vaccine distribution.

Regarding the cold-chain transportation of vaccines, the Ministry of Health contacted all pharmaceutical manufacturers with refrigerated warehouses and transportation capabilities across the country, and “disintegrated” Pfizer’s original large packaging, so as to ensure the quality of the vaccines, and make it easier to update them.

Small quantities of units are delivered to more remote locations.

On the other hand, the Ministry of Health has launched the “Green Pass” application, which is linked to personal medical records.

People who are considered to be fully immune and vaccinated after COVID-19 can use the “Green Pass” to enter and exit shopping malls and public places. Places to participate in cultural sports events.

The general election is approaching, the vaccine may be the last bargaining chip

On December 19, 2020, Pfizer/BioNTech’s mRNA Covid-19 vaccine was officially approved for marketing in Israel. On the same day, Israeli Prime Minister Netanyahu broadcasted his first shot of Pfizer vaccine in the country on live television.

During the live broadcast, Netanyahu made a speech to the people all over the country, saying that he took the lead in vaccinating the COVID-19 vaccine in order to encourage the Israeli people to actively and timely cooperate with the vaccination work.

Netanyahu is very active in Israel’s COVID-19 vaccine promotion work, but before that, he once faced a re-election crisis.

Since the Knesset’s dissolution at the end of May 2019, Prime Minister Netanyahu has not only failed to form a new government, he has also been prosecuted and tried for corruption.

In July 2020, thousands of people demonstrated in Jerusalem, Tel Aviv and other cities in Israel, dissatisfied with the government’s efforts in epidemic prevention and control, and demanded that Netanyahu step down.

Today, the vaccine may be Netanyahu’s last life-saving straw before the national election on March 23.

Not only did he personally vaccinate the country’s first COVID-19 vaccine, he also often revealed in interviews that he had good interactions with vaccine suppliers, especially Pfizer CEO Blar, who was born in a Jewish family, and was more often referred to by Netanya. Hu called “Israel’s good partner.”

But in any case, the Israeli government has really tried its best to distribute and promote vaccines.

So far, about 4.3 million Israelis have received the COVID-19 vaccine, and nearly 3 million of them have completed the second dose.

In the future, the eyes of the world will still focus on Israel. Whether the vaccine can end the pandemic, more data from Israel may provide the answer.

Why Israel can rank No.1 on COVID-19 vaccination in the world?