Recently, among the countries that have carried out COVID-19 vaccination in the world, Israel has attracted particular attention: it is far ahead of other regions with a high vaccination rate of 49.1%, and it is likely to become the first country in the world to rely on the COVID-19 vaccine to complete herd immunity .

Vaccination rates by country
Source: Our World in Data

On December 19, 2020, Pfizer/BioNTech’s mRNA Covid-19 vaccine was officially approved for marketing in Israel. On the same day, Israeli Prime Minister Netanyahu broadcasted his first shot of Pfizer vaccine on TV.

During the live broadcast, Netanyahu delivered a speech to the people all over the country, saying that he took the lead in vaccinating the COVID-19 in order to encourage the Israeli people to actively and timely cooperate with the vaccination work.

Currently, Israel’s average daily vaccination capacity is maintained at around 200,000 doses, and it is planned to basically complete the two-shot vaccination for high-risk groups such as the elderly over 60 years old and medical staff in late January.

In addition to the world’s first overall vaccination rate, Israel is also the first country to vaccinate minors against t COVID-19.

Starting from January 23, Israel has basically completed the first vaccination of high-risk groups and began to vaccinate young people aged 16 to 18 with the COVID-19 vaccine.

The immune system of minors is not as mature as that of adults, and the level of antibody or cellular immune response is not as good as that of adults. “However, the impact of successful immunization of minors on the prevention and control of the epidemic is equally positive, which also shows that the effectiveness and safety of the vaccine are very good.”

At the same time, lowering the appropriate age of the vaccinated population has also expanded the upper limit of the vaccination rate to a certain extent. 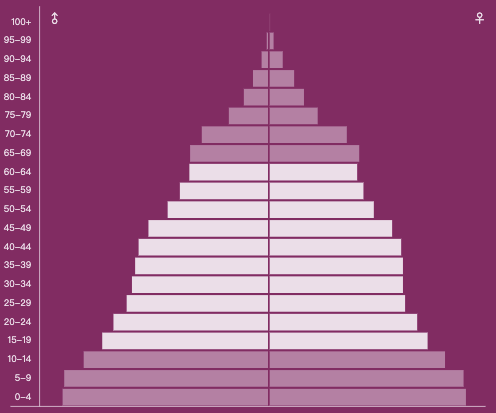 On January 25, the Israeli medical service agency Maccabi reported that they tracked 128,600 Israelis who had received two doses of Pfizer vaccine, and found that within a week after vaccination, only 20 people were infected with the COVID-19 virus. The infection rate was as low as 0.015%.

According to official Israeli statistics, at the same time, the rate of COVID-19 infection among the total population of Israel is about 0.65%. Researchers believe that following this trend, the effectiveness of Pfizer vaccines in the real world is likely to be higher than the company’s 95% based on clinical trials.

Is this really the case?

Professor Lu Hongzhou believes that from the existing results, it can be considered that the protective power of Pfizer vaccine is basically in line with clinical trials. “However, effective data depends on whether the vaccinated group is in the same region and the same group. We should take an objective view of the effectiveness of the vaccine currently available.”

Professor Lu Hongzhou also mentioned that epidemic prevention and control measures are also an important factor affecting the infection rate. Since December 27, 2020, Israel has just implemented a two-week nationwide “closed city”. This measure may play a significant role in controlling the spread of the epidemic.

12,000 people are still diagnosed after vaccination, and the first dose of vaccine is not very protective?

In addition to the good news, there are still some problems with vaccination in Israel.

According to a report by The Times of Israel on January 19, after 189,000 local people received the vaccine, 12,400 people (6.6%) were still diagnosed with new coronavirus pneumonia.

Another study analyzed 200,000 elderly people over the age of 60 who were vaccinated. Compared with 200,000 people who were not vaccinated, the researchers found that two weeks after the first vaccination, the probability of testing positive for COVID-19 decreased by 33%. .

Based on such data, Israel’s head of epidemic prevention and control Nachman Ash questioned the effectiveness of the vaccine. He believes that the current results of Pfizer’s vaccine are not “as effective as we thought.” In particular, the protective effect of the first dose of the vaccine is lower than “Pfizer introduced.”

Screenshot from The Times of Israel

According to previous reports, Pfizer has stated that the effectiveness of the first dose of the vaccine is about 52%, and it will rise to 89% 15 to 21 days after vaccination.

For such results, Professor Lu Hongzhou believes that the first dose effectiveness cannot be used as a determinant for evaluating a vaccine. “Usually, vaccines require multiple vaccinations to enhance immunity, depending on the final effect after the last injection. The first dose is a highly efficient vaccine, and the effect of enhancing immunity may be better.”

With the promotion of many vaccines on the market, we are closely concerned about how the COVID-19 vaccination will affect the epidemic.

Only after a sufficient percentage of people have been vaccinated, the indirect effects of the vaccine—protecting those who have not been vaccinated—will be revealed, and whether the vaccine is effective can be objectively judged.

And Israel may become the first country to actively vaccinate to complete herd immunity. The indirect effects of the vaccine may first appear in specific populations that have received extensive vaccination, such as the medical care group and their families.

According to BBC news, on January 21, the infection rate (R value) of the new coronavirus in Israel fell below 1 for the first time, which means that the spread of the virus has begun to slow down.

The single-day new trend in Israel has begun to decline after experiencing a peak at the end of last year (Source: Google)

However, it cannot be denied that Israel is very likely to become the first country to complete universal immunization of the population of the right age. By then, Israel will become a very important window of observation, providing the protective efficacy of the mRNA COVID-19 vaccine in the real world.

“If after vaccination, antibodies can reach an effective level and the infection rate can be effectively reduced, Israel will be a real and successful case of herd immunity,” said Professor Lu Hongzhou. “By then, global vaccine promotion and application can learn from Israel’s success. Model.”