Immunity: The genes inherent in the body may affect the response to cancer immunotherapy!

The genes inherent in body may affect the response to cancer immunotherapy!   In a research report titled “Germline genetic contribution to the immune landscape of cancer” published in the international journal Immunity, scientists from the University of California and other institutions said through research that the body’s response to cancer immunotherapy may be affected by our birth.

The influence of the genes carried by the body. Although cancer immunotherapy called checkpoint inhibitors is an important breakthrough therapeutic method, it still benefits only a small proportion of patients. Among different types of cancer, this proportion It may be around 15%. In addition, clinicians cannot accurately predict which patients will respond.

In this research report, the researchers found that genetic mutations may play a very critical role in whether the body will benefit from checkpoint inhibitor therapy. Checkpoint inhibitors can release the immune system brake pedal, thereby Effectively attack cancer. In addition, this study also pointed out a potential new target, which may help many patients release the natural power of their body’s immune system to fight against malignant cells. People who respond best to immunotherapy often have “inflamed” tumors. These tumors have been infiltrated by the host’s immune cells, and this inflammation is also driven by the immune signaling molecule interferon. 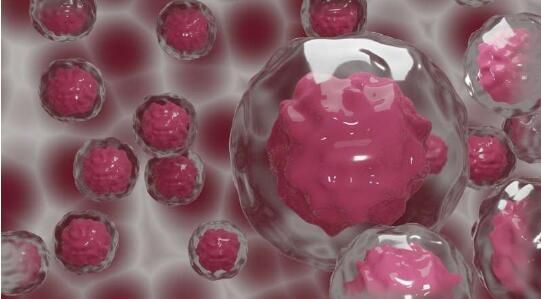 Elad Ziv, MD, said that there are currently some factors related to the host’s immune system’s response to tumors, but the current research is generally less on how the body’s genetic background can help predict the body’s immune system’s response to cancer. This is the gap that researchers want to fill in this research. So to what extent will the immune response to cancer be affected by genetic variation? The study showed that for a series of important immune functions, as many as 20% of the difference in the ability of the immune system to attack cancer in different human bodies is determined by their inherent genetic type, which is called For germline genetic variations (germline genetic variations).

This is a significant effect, similar to the size of the genetic contribution of shapes such as high blood sugar levels or obesity. Researcher Dr. Davide Bedognetti said that we are not testing selected genes, but analyzing all the detectable genetic variants in the entire genome. Among all these variants, the fish interferes with the mutation that has the greatest impact on the immune system’s response to tumors. Some of these mutations are known to affect the body’s response to the virus or the body’s risk of autoimmune disorders. As the researchers observed, they proved that certain genes can also make certain people have more effective anti-cancer immunity.

Researchers have identified mutants with significant effects in 22 regions or single genes of the genome, including the IFIH1 gene, etc. The mutants are well known for their role in a variety of diseases, including type 1 diabetes, Psoriasis, vitiligo, systemic lupus erythematosus, ulcerative colitis and Crohn’s disease. IFIH1 gene mutants can act on cancer immunity in different ways. For example, individuals with IFIH1 mutants that can confer the risk of type 1 diabetes are more prone to inflamed tumors, which indicates that they will be more responsive to cancer immunotherapy. Good, but researchers have also seen the opposite effect in patients with Crohn’s disease-related mutants, which suggests that patients may not benefit.

There is another gene called STING1. Although it plays a key role in the patient’s response to immunotherapy, and pharmaceutical companies are also looking for new ways to enhance its effect, the researchers found that it carries a mutant Some people may be less likely to respond, and this may require further stratification of patients to understand which people will benefit the most from these efforts. In addition, this study requires a lot of data for further analysis by researchers.

In total, in this study, the researchers analyzed 11 million genetic mutants to observe how these mutants matched the 139 immune parameters in the patient’s body tumor samples; but this latest study determined The 22 regions or genes are just the tip of the iceberg. Researchers suspect that there are more germline genes that may play an important role in the body’s immune system’s response to cancer.

Finally, the researcher Ziv said that in the next step they will use these data to develop a polygenic strategy that considers a large number of genes to predict which cancer patients will benefit from current therapies, and for those who cannot benefit. Patients develop new drugs; this may be what they need to do later