Some HIV patients can suppress the virus naturally

On June 5, 1981, the US Centers for Disease Control and Prevention published a report of 5 cases of AIDS patients in the Morbidity and Mortality Weekly. This was the first official record of AIDS in the world.

In 1982, this disease was named AIDS. Since then, HIV has spread rapidly across the world. To date, 37 million people have been infected.

However, among people infected with HIV-1 (the main HIV strain in the world) around the world, there is a group of people who can suppress the virus without medication. They are called “elite controllers”.

In a new study published in the Lancet magazine “EBioMedicine” on March 2, Pacific time, research teams from Abbott Diagnostics Infectious Disease Research, the University of Missouri, and the National Institute of Allergy and Infectious Diseases After 15 years and more than 30 years of plasma samples testing in Congo, it was found that more than 4% of HIV carriers were potential elite controllers.

The results of this study have brought new hope for the development of AIDS therapy.

Since the advent of antiretroviral drugs, the global incidence and prevalence of HIV-1 have dropped significantly. In order to achieve the “90-90-90” goal of ending AIDS proposed by the World Health Organization, it is necessary to diagnose and treat those who are potentially infected.

A recent survey conducted by researchers in Kinshasa, the capital of the Democratic Republic of Congo, estimated that the country’s HIV prevalence rate (11%) far exceeds previous estimates (2.86%). Therefore, strategies for controlling the HIV epidemic must be adopted.

The origin of the HIV pandemic can be traced back to the early Congo Basin. The oldest known virus strains ZR59 (subtype D) and DRC60 (subtype A) were both found in Kinshasa.

Moreover, non-humans carrying the SIV virus The primate habitat is also close to the towns and villages there. Therefore, Congo (DRC) and other countries include every subtype of HIV-1 (M, N, O, P), and monitoring in this environment with a high degree of viral genetic diversity can provide researchers with testing Provide opportunities to more infected people. 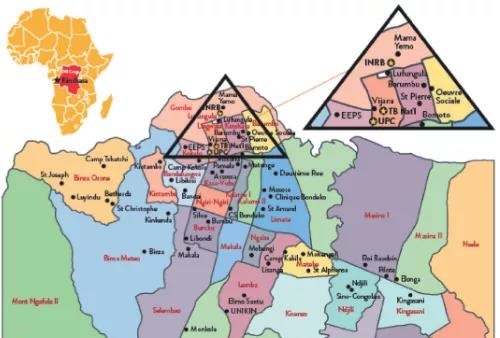 A small group of extremely rare HIV-1 seropositive individuals can control the HIV viral load to an undetectable level without antiviral treatment for 10 years or more. These people, known as elite controllers, account for about 1% of all HIV-infected people in the world.

The characterization of elite controllers has been confirmed to be infected with a replication-competent HIV strain, and a variety of host factors that help inhibit virus replication have been identified. These are all necessary for the development of a protective HIV vaccine.

In this study, the researchers analyzed plasma samples from two collaborative studies that explored the genetic diversity of viruses in the Democratic Republic of the Congo, which can be traced back more than 15 years and more than 30 years. 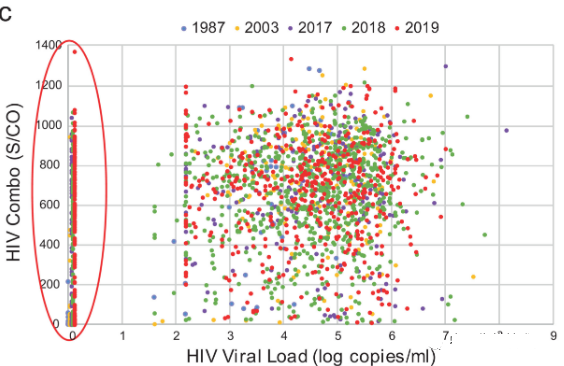 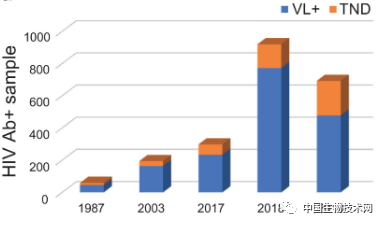 The researchers found that among the 10457 samples screened from 2017 to 2019, there were 429 HIV antibody-positive/viral load-negative individuals.

They systematically eliminated collection location deviation, sample integrity, and viral genetic diversity as the possibility of not being able to detect viral load.

Subsequently, the researchers used mass spectrometry to accidentally detect the presence of 3TC antiviral drugs in about 60% of the subjects.

The negative result of Western blot indicated that 12% of the subjects were false-positive.

The 53 positive samples from the remaining western blot and Based on the 31 negative samples and the combined rapid test results, the researchers estimate that 2.7-4.3% of HIV-1 infected persons in the Democratic Republic of Congo are potential elite controllers.

The researchers also analyzed two sets of samples collected between 1987 and 2001-2003 (antiretroviral drugs were not yet on the market at the time) and found similar situations. 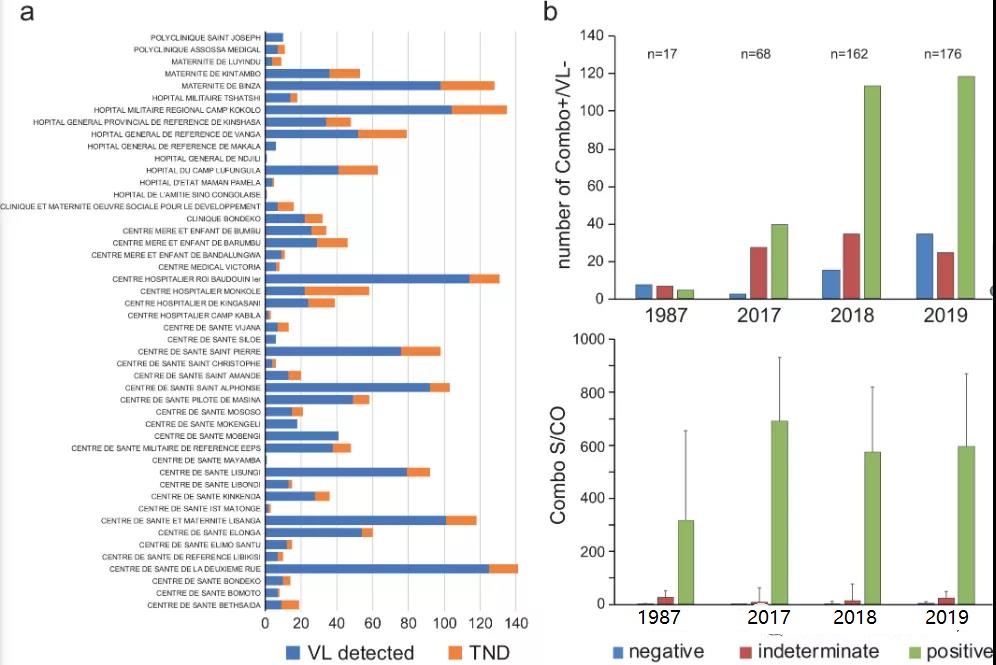 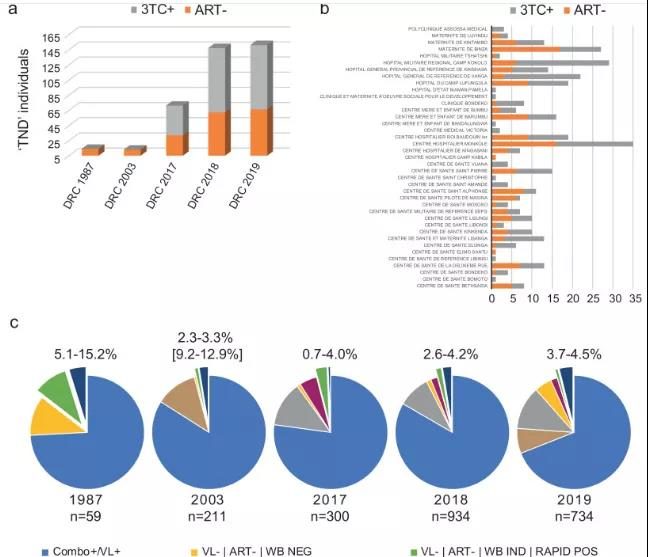 Data from all over the world show that the unique ability to control HIV infection can be traced back to early Central Africa, and the incidence is extremely low (1%).

Researchers said they were shocked when they discovered that more than 4% of Congolese people were potential elite controllers. The results of this study are unexpected. So many people can suppress HIV naturally without taking any drugs.

The researchers said that this research is groundbreaking. The identification of these elite controllers provides a unique opportunity to study the underlying natural genetic mechanism of virus suppression.

Using the knowledge learned from the study of this unique population is expected to curb the epidemic and bring us closer to the WHO’s “90-90-90” and “end HIV in the United States within ten years” goals.

Some HIV patients can suppress the virus naturally