Men also need to supplement with folic acid for future fetal health. Epigenetic changes in sperm will affect the health of offspring. 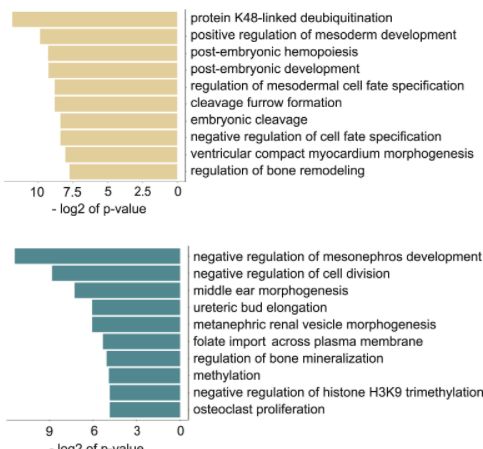 Expectant mothers who are preparing for pregnancy or during pregnancy must be very familiar with “folate”. As a water-soluble vitamin, folic acid is one of the essential vitamins for the growth and reproduction of human cells. Lack of folic acid in pregnant women will not only lead to habitual miscarriage and premature delivery, but even cause neonatal deformities. However, how the lack of folic acid in related men affects the health of newborns, the underlying molecular mechanism is still unclear.

Recently, a researcher from McGill University in Canada published an article entitled “Histone H3 lysine 4 trimethylation in sperm is transmitted to the embryo and associated with diet-induced phenotypes in the offspring” in the journal Developmental Cell, which proved the lack of Folic acid affects the trimethylation (H3K4me3) of lysine at position 4 of histone H3 in sperm, and this change can be superimposed and transmitted to the embryo, leading to defects in the development of offspring.

The study selected wild-type (WT) and KDM1A overexpression transgenic (TG) male mice to feed on a diet lacking folic acid (FD) and rich in folic acid (FS). KDM1A regulates the increase of H3K4me2/3 levels during sperm formation Gene. After two spermatogenic cycles (9-11 weeks), the offspring of FD WT and FD TG male mice developed birth defects. The deformities included curved sternum and unfused sternal cartilage, asymmetric bones and curved ribs. . The comparison found that the offspring of FD TG males have the highest degree of birth defects, and these serious abnormalities range from craniofacial defects to spinal defects. This indicates that the lack of folate in the father is related to the birth defects of the offspring, and the overexpression of KDM1A is related to the increased severity of the phenotype.

To determine the sensitivity of sperm chromatin to a low-folate diet, the researchers established a ChIP-seq sperm library for each experimental group. Comparative analysis found that the chromatin in sperm is very sensitive to the lack of folate, and the regions where H3K4me3 increased or decreased in sperm of FD WT male mice appeared in different gene loci. Further analysis revealed that the sperm epigenome regions sensitive to low folate diet include promoters and enhancers that affect developmental functions. The increased promoter of H3K4me3 is rich in genes related to early embryogenesis, bone remodeling and heart development, H3K4me3 The reduced promoter is rich in genes for osteoclast proliferation, kidney and ear development, and chromatin remodeling.

Interestingly, comparing WT and TG male mice, it is found that when H3K4me3 in sperm has changed (TG male mice), the lower folate diet will superimpose the degree of methylation.

The innovation of this study is to prove that the epigenome at the level of histone methylation is not limited to the period of embryonic development in the uterus, but also occurs in sperm, and this epigenetic change can accumulate in sperm , Passed on to the next generation