Hepatitis B: small molecule ribonucleic acid | the future of a single multi-target

Hepatitis B: small molecule ribonucleic acid | the future of a single multi-target.   The transforming growth factor β (TGF-β) superfamily is mainly composed of a group of biologically active peptides with related structures and similar functions that regulate cell growth, differentiation, migration, death and the production of extracellular matrix.

Therefore, in early studies, TGF-β was found to regulate endothelial cell growth and differentiation, inflammatory cell chemotaxis, fibroblast proliferation, carcinogenesis, and extracellular matrix synthesis and degradation. In the past, a clinical study has been conducted around the world. Researchers have detected abnormally elevated TGF-β1 in liver cancer tissues through immunohistochemistry. In addition, regardless of whether it represents primary cancer or metastatic cancer, the level of TGF-β1 in liver cancer tissues also shows an increase. And there are many studies on TGF-β1 around the world, and studies have shown that it is involved in the pathogenesis of hepatitis and liver fibrosis.

The above introduction is that transforming growth factor-β, which has also been studied in the direction of chronic HBV infection, for example, in some patients with mild, moderate and severe chronic HBV, their serum TGF-β1 levels can follow The liver injury progressed and gradually increased. TGF-β1 has been proven to promote the synthesis and deposition of extracellular matrix and is a key factor in inducing liver fibrosis. Simply put, researchers have found that it plays a key role in liver inflammation and fibrosis induced by chronic HBV infection.

Existing research based on TGF-β is mainly carried out through the molecular structure of TGF-β, and defines the relationship between TGF-β and hepatitis B virus from the direction of gene polymorphism. Of course, due to global geographical differences, the research results in this direction have not yet satisfied people. At present, researchers around the world have a relatively consistent view on the direction of TGF-β, that these gene polymorphic sites are mainly located in the promoter region and the control region. In addition to transforming growth factor β, people may be more familiar with: microrna (miRNA), which is a small molecule ribonucleic acid.

miRNA is a small single-stranded RNA with a final length of 20-23 bases. It is transcribed from non-coding regions of cell genes. For example, in 1993, researchers first detected miRNA in Caenorhabditis elegans, and subsequently detected miRNA in humans, plants and other organisms. miRNA is a non-coding RNA, but it has a regulatory function at the level of mRNA and protein translation. The regulation of miRNA has been proven to help control cell growth, differentiation, apoptosis, lipid metabolism and hormone secretion and other physiological processes. 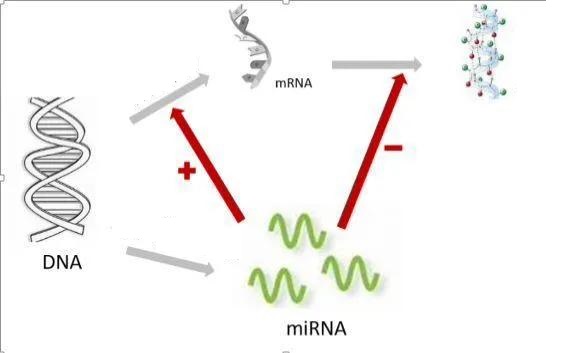 In recent years, many studies around the world have shown that a variety of human tumors are related to the abnormal expression of miRNAs. For example, miRNA-221 is up-regulated in pancreatic cancer. miRNA also participates in maintaining cell homeostasis by regulating target mRNA and its translation. miRNA expression changes during cancer development. Global studies have shown that abnormal expression of a variety of miRNAs has been detected in hepatocellular carcinoma cells. At the same time, people are more concerned about the correlation between miRNA and chronic HBV infection, as well as liver cirrhosis and hepatocellular carcinoma.

For example, studies around the world have shown that miRNA-199a-3p and miRNA-210 can effectively reduce the expression of hepatitis B surface antigen (HBsAg) in HBV infection, indicating that miRNA can not only regulate tumorigenesis, but also mediate viruses and hosts Interaction. Of course, in patients with liver cirrhosis and liver cancer, no significant abnormality of miRNA expression has been found, which indicates that the abnormal expression of miRNA has occurred in the early stages of this process.

Changes in miRNA expression are currently considered to be an initiating factor, and the underlying mechanism has not been clearly elucidated by researchers. At present, there are two mainstream opinions. The first is that miRNAs can degrade target mRNA molecules through complementary binding to the 3ʹ end of the untranslated region of target mRNA; the second is that miRNAs inhibit the translation of target mRNA, thereby reducing the protein of target genes. Level. Because miRNAs are small molecules, lack immunogenicity, and exhibit multiple regulatory functions at the level of mRNA and protein translation, miRNAs directly degrade specific mRNA.

I have introduced so much about miRNAs in detail above. What Xiaofan Health mainly expresses is: At present, in the direction of miRNAs, global researchers believe that they can become molecular tools that target HBV RNA and thereby inhibit the life cycle of hepatitis B virus. Of course, the main challenge facing the development of new drugs in this direction is that a single miRNA can have multiple targets, and the multispecificity of target genes may limit the clinical use of specific miRNAs.