The intestinal flora lead to the metastasis of colorectal cancer to the liver?

The intestinal flora lead to the metastasis of colorectal cancer to the liver?  Cancer deterioration and metastasis (Metastasis) will be accelerated by the formation of a structure called “premetastatic niche”, and the latter is mainly caused by the original Stimulation of tumor-related factors at the hair site.

Previous studies have found that colorectal cancer cells tend to metastasize to the liver. In an article published recently in Cancer Cell, Professor Maria Rescigno from Humanitas Research Hospital in Italy and others found that the formation of metastatic niches in the liver depends on the spread of bacteria near the primary site of colon cancer, and this process It is caused by damage to the intestinal vascular barrier. Because PV-1 is a marker for intestinal vascular barrier damage, it is promising as a diagnostic marker for predicting colon cancer cell metastasis to the liver. 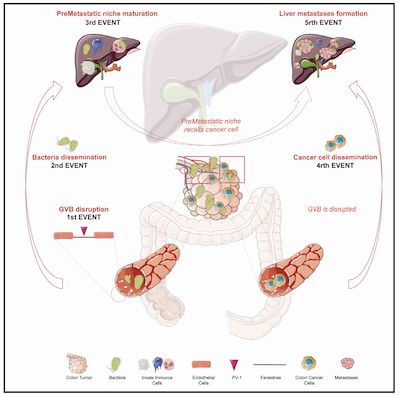 In this study, the authors first investigated the damage of the intestinal vascular barrier in patients with colon cancer. To this end, the authors collected intestinal biopsy samples from 179 non-metastatic colorectal cancer patients and 10 healthy individuals, and performed staining analysis. The results showed that there was no significant difference in the expression level of PV-1 in the primary site of colon cancer and surrounding healthy tissues. Furthermore, the author divided the patient samples into two groups according to their later progress. Among them, 100 patients had no metastasis and deterioration, and 79 patients had metastasis and deterioration. The analysis results showed that the expression level of PV-1 in patients with metastasis and deterioration was significantly higher than the former. This result indicates that PV-1 may be a new marker for predicting the progression of intestinal cancer in patients. 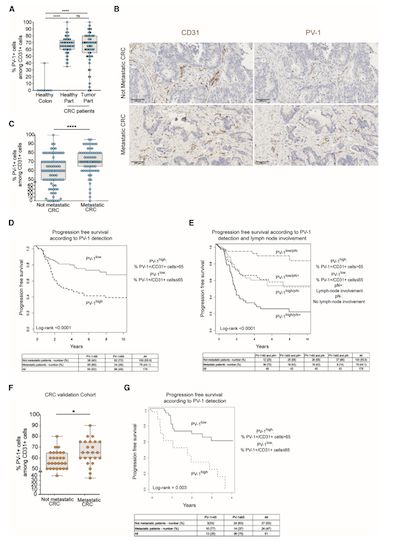 (Figure 1, PV-1 is a new marker for predicting the risk of liver metastasis in patients with colon cancer)

Further, the author explored the consequences of vascular barrier damage in patients with bowel cancer. The results of 16s rDNA staining showed. After the intestinal vascular injury occurs, a large number of bacteria will accumulate in the liver metastasis site of the patient. This result establishes a connection between the intestinal vascular tissue injury and the transfer of bacteria. On this basis, the author further explored the location of bacteria in the liver. The results show that bacteria tend to accumulate in the interstices of cancer cell tissues with high proliferation ability.

So how does the migration and accumulation of bacteria in the liver affect the metastasis and deterioration of cancer? In this regard, the author established a spontaneous mouse model of intestinal cancer. In the absence of APC gene, mice will spontaneously develop intestinal tumors. Later, the author used FITC-Dextran to test the integrity of the intestines of mice, and the results showed that the intestinal tract breakage occurred after the tumor occurred to a certain stage, which means that bacteria may spread from the intestine to the tissues. Afterwards, the author analyzed cytology and other angles and found that the accumulation of bacteria in the liver will reshape the gene expression profile of the latter and stimulate it to secrete a series of driving factors, which will further induce neutrophils and macrophages. Gathering towards the liver. 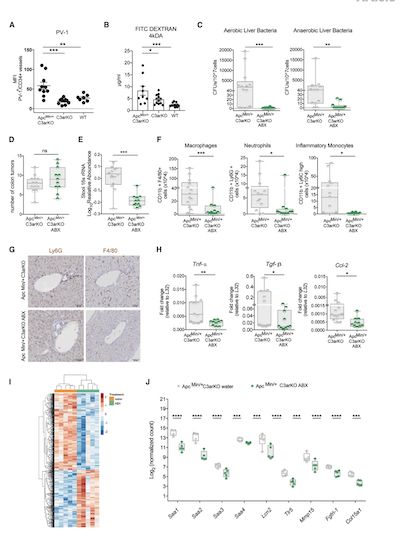 (Figure 2. The accumulation of bacteria leads to the formation of metastasis-promoting niches in the liver)

Through the isolation, culture and functional analysis of bacteria, the author identified a type of E.coli strain called E.coli C17, which can stimulate the damage of the intestinal vascular barrier, which in turn leads to the transfer of intestinal bacteria to the host. Among them, the representative is the transfer of bacteria to the liver and stimulates the latter to recruit neutrophils, thereby inducing their maturation. 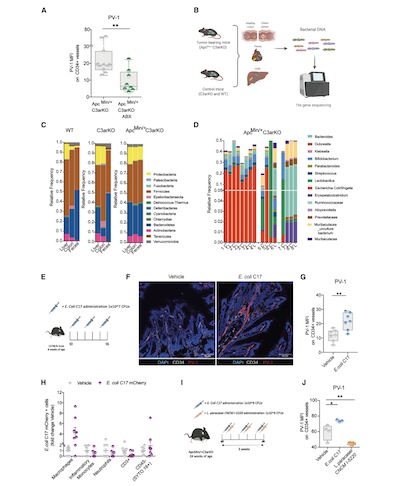 (Figure 3, Escherichia coli C17 induces the damage of the intestinal vascular barrier and the transfer of bacteria to the liver)

Finally, the author established a mouse spontaneous bowel cancer model induced by AOM-DSS, and administered antibiotics to the mice. The results show that antibiotic treatment does not affect the number of tumors at the primary site, but it will significantly affect the efficiency of its metastasis to the liver.