In January 2021, the World Health Organization’s International Agency for Research on Cancer (IARC) released the latest global cancer burden data for 2020. The most striking change in this latest cancer burden data is that breast cancer has replaced lung cancer as the world’s largest cancer. 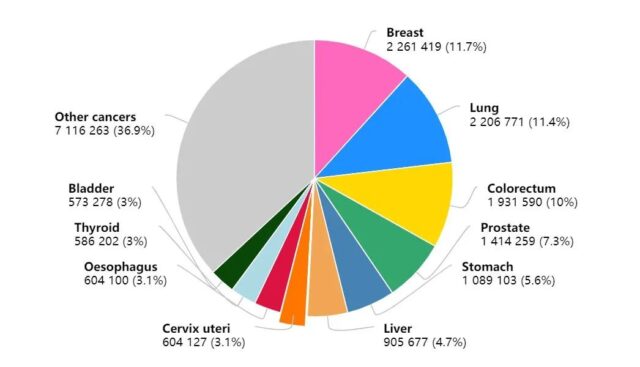 Obesity is a common risk factor for breast cancer. Data show that the mortality rate of breast cancer in obese patients is three times higher. As we all know, obesity is related to high-fat diet. Previous studies have shown that poor eating habits such as high-fat diet can change the body’s metabolic signals, leading to obesity, and also affect the occurrence and prognosis of breast cancer.

First, the research team administered high-fat or low-fat diets to mice susceptible to breast cancer, and found that mice on a high-fat diet had more tumors, developed faster, and were larger, which was confirmed on the basis of previous studies. The correlation between diet and breast cancer.

Next, the research team performed fecal bacteria transplantation on the mice on the two diets, and was pleasantly surprised to find that the number of breast tumors in the low-fat diet mice after the fecal bacteria transplantation from the high-fat diet mice became the same as the high-fat diet There are as many groups, indicating that the gut microbiota can transfer diet-mediated breast cancer risk, highlighting the important link between microbiota and breast health.

The results showed that in patients who took cod liver oil for a long time (4 weeks), the proportional abundance of lactic acid bacteria in the normal breast tissue adjacent to the tumor was greatly increased. Lactic acid bacteria have been shown to reduce the growth of breast cancer tumors in preclinical disease models, indicating that the dietary intervention of this cod liver oil dietary supplement has potential anti-cancer properties.

At the same time, the research team found that the proportional abundance of Bacteroides and Rumenococcus decreased in breast tumors of patients who ingested cod liver oil, but its significance is still unclear and needs further study.

The article’s corresponding author, Katherine Cook, said that this study further proves that diet can change the intestinal and breast microbiota and play a key role in breast cancer. Potential interventions may reduce the risk of breast cancer.

All in all, this study helps people better understand the relationship between the microbiome, diet, and breast cancer risk, and highlights the potential of dietary interventions to prevent and treat the microbiota of breast cancer, and further contribute to the clinical risk of breast cancer. Prevention and treatment provide new ideas.