Symptoms and signs of cavernous hemangioma 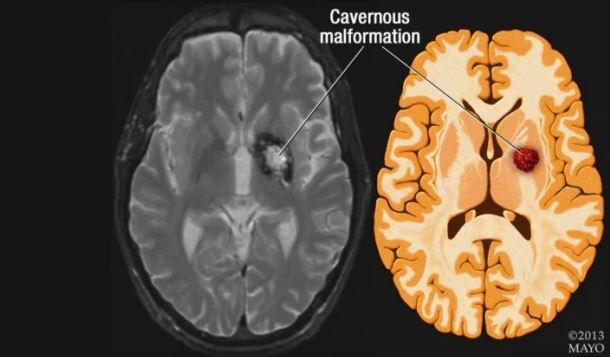 Cavernous hemangioma is actually a vascular malformation. During the operation, it can be seen that there are malformed veins in the cavernous hemangioma. The walls of these veins are immature and easy to bleed.

After bleeding from these malformed veins, the blood clots are mixed with the malformed veins after fibrosis to form a globular tumor. Therefore, no matter what is seen in the film or during the operation, they are all tumor-like masses with a certain elastic texture and spongy blood vessels. This is how the name of the tumor comes from. Although it is called a tumor, it is essentially a venous malformation mass.

The latter is due to tumor cell division leading to an increase in tumor volume, while cavernous hemangioma does not contain tumor cells. Its growth is due to repeated bleeding from venous malformations.

Blood clots are not completely absorbed in the bleeding, which forms new fibrosis, which is repeatedly deposited like mud and sand, resulting in larger and larger lumps surrounding the malformed venous mass. Therefore, cavernous hemangioma can “grow” as big as a real tumor. 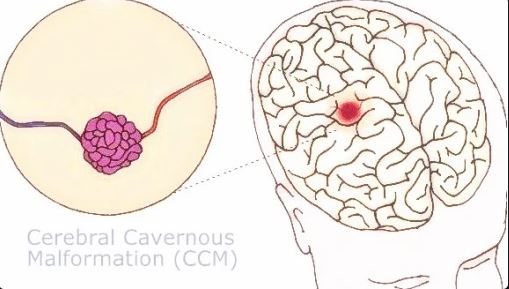 Symptoms and signs of cavernous hemangioma:

Asymptomatic patients account for up to four levels. Mild headache may be the only main complaint, and the disease is often found by imaging examinations or physical examinations. Whether headache is related to focal bleeding still needs further research, but four of them have the following symptoms within 6 months to 2 years.

It is more common in cavernous hemangioma in the upper brain and manifests as various forms of epilepsy. Cavernous hemangioma is more prone to epilepsy than other lesions that occur at the same site. The reason may be the mechanical effect of cavernous hemangioma on adjacent brain tissues (ischemia, compression) and secondary nutritional disorders such as blood leakage. The brain surrounding the lesion Tissues often become epileptic foci due to hemosiderin deposition, gliosis, or calcification.

The prognosis of cavernous hemangioma bleeding is better than that of AVM, but the possibility of bleeding again after the first bleeding is increased. Repeated bleeding can cause enlargement of the lesion and aggravate local neurological deficits.

Acute and progressive local neurological deficits are often secondary to lesion hemorrhage, and symptoms depend on the location and size of the lesion. It can be static, progressive, or mixed. Excessive hemorrhage causes severe acute neurological symptoms to be aggravated rarely.

Therefore, to treat this disease, once it is discovered, it must be treated specifically. Waiting blindly or hesitating about treatment will only worsen the condition and increase the difficulty of treatment. This is obviously a response method that doctors do not recommend.