Frontiers in Neuroscience: Long-term high-sugar diet may increase cognitive risk in adulthood.  Sugar activates the brain’s reward system, prompts the brain to secrete dopamine, and makes people think about you as they eat.

The degree is equivalent to the degree of drug addiction induction. At the same time, sugar can also interfere with leptin in the body, making the brain unable to send out a signal of fullness, and it can’t stop if you’re full.

However, many studies have shown that eating too much sugar not only makes people gain weight, but also promotes the occurrence and development of many chronic diseases. Studies have shown that when the intake of fructose is greater than 100 grams, it will cause an increase in triglycerides and total cholesterol.

Sugar has become an important part of the modern diet, but it is also becoming a health killer. However, it is still unclear whether excessive intake of sucrose during the life-long period from adolescence will affect sports behavior, mood and cognition in adulthood.

Recently, a study published in the journal Frontiers in Neuroscience showed that long-term intake of sucrose can significantly increase body weight, and cause abnormalities and overstimulation of the nervous system, resulting in persistent hyperactivity and learning disorders, and neurogenesis in the hippocampus of adult mice. Reduce related.

In this research, the researchers conducted experiments on five-week-old mice, and all mice have access to food and water at any time. The sucrose solution was prepared fresh every week and placed in a plastic tube with a rubber stopper. Mice get a bottle of 25% sucrose solution and a bottle of water at any time, or two bottles of water (control) are available at any time. The body weight of the mice was measured every day to calculate the adjusted sucrose intake. 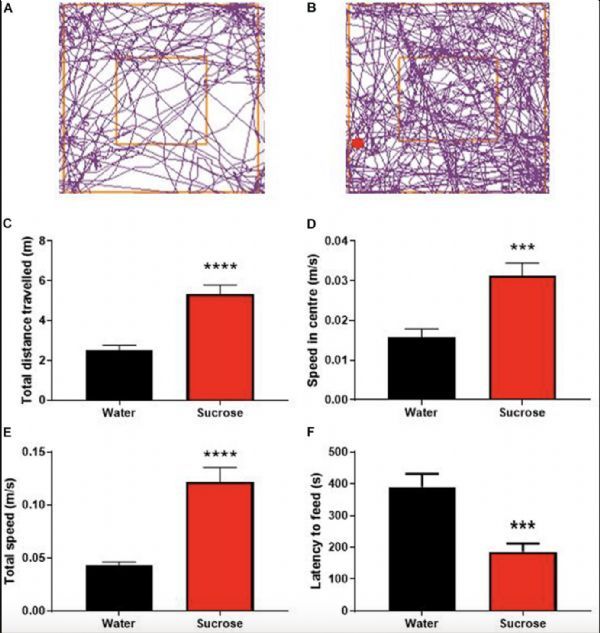 Long-term consumption of sucrose can cause ADHD and reduce resistance to food.

The researchers further investigated the effect of restricting sucrose intake on neurocognition. By limiting the sucrose solution to 2 hours a day, observe its effects on body weight, mood, cognition and nerves. The daily intake of sucrose in mice is 20.9 ± 0.3 g/kg, which is 4 times less than the unrestricted intake. The results showed that compared with the control group, this lower daily sucrose intake was not associated with weight gain after 12 weeks. Interestingly, restricting access to sucrose can still cause ADHD. 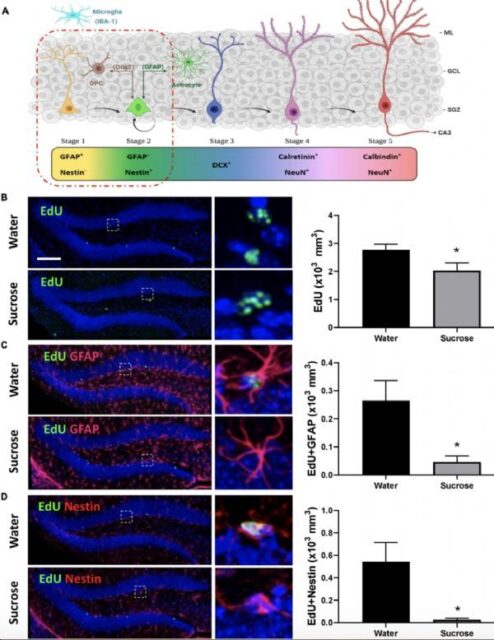 Excessive intake of sucrose in adolescent mice is related to deficits in spatial memory or object recognition memory, which may be mainly mediated by the fructose component of sucrose. Unrestricted sucrose consumption may affect neurodevelopment by reducing cell proliferation, stem cell production, and the survival/maturation of newborn neurons.

Researchers say that more and more evidence shows that there is overlap in brain circuits and molecular signaling pathways related to sugar consumption and drug abuse. People eat sugar to adjust the body’s energy balance, but also for pleasure and comfort. This desire to enjoy delicious food is reward-driven, and overeating can affect or even surpass the body’s own regulating ability.

At the same time, the researchers emphasized that unrestricted consumption of high-sugar foods and beverages in the Western diet may be related to the increase in the obesity epidemic. The close association between attention deficit/hyperactivity disorder and overweight or obesity has also been revealed. All in all, these data indicate that sugar-induced obesity may be involved in the pathogenesis of ADHD-like symptoms in Western countries. In children, high sugar intake is associated with ADHD and adult inattention and emotional impulse.