Human cells can write RNA sequences into DNA and challenge is coming!

On April 25, 1953, James Watson, Francis Crick and others uncovered the double helix structure of DNA and ushered in the era of molecular genetics. In 1958, Francis Crick, one of the discoverers of the DNA double helix structure, first proposed the central law. Today, the central law has become the most important and basic law of life sciences.

The central law indicates the flow direction of genetic information: DNA→DNA (self-replication of DNA), DNA→RNA (transcription), RNA→protein (translation). The vast majority of life on earth follow this rule. For RNA viruses, some of them have RNA→RNA (RNA self-replication), and for retroviruses in RNA viruses, there is RNA→DNA (reverse transcription). .

In 1982, Stanley Prusiner successfully isolated the pathogen that causes Creutzfeldt-Jakob disease and named it Prion (prion). However, prions are composed of only proteins and do not contain any DNA. And RNA, but it can self-replicate and spread diseases, which seems obviously not in line with the central law. Is the theoretical cornerstone of life sciences crumbling?

In 1991, 9 years after the discovery of prions, Bruchner successfully elucidated the pathogenic mechanism of prions. Prions are essentially infectious special proteins. Prions (SC-type PrP-type proteins) come into contact with normal C-type PrP proteins in the organism, causing C-types to become SC-types, which are replicated in batches through protein allostery. Yourself.

Therefore, prions are still encoded by genes, and they can realize self-replication and spread diseases by changing the conformation of the normal PrP protein. This also means that the theoretical cornerstone of modern life science-the central law, does not need to be revised.

The study found that human DNA polymerase θ (Polθ) can efficiently compile RNA information into DNA. This discovery challenges the basic law of life science-the central law, which means that there is Polθ-mediated in human cells. The reverse flow of genetic information from RNA to DNA.

The results of this study have a more far-reaching impact: Will the currently widely vaccinated mRNA vaccine be reverse-transcribed into DNA under the action of Polθ?

DNA polymerase θ (Polθ) is responsible for this kind of DNA repair work, but its work is not done well, and it often leads to errors and mutations during repair. This made researchers notice the similarities between it and the reverse transcriptase of retroviruses.

Because Polθ is error-prone and confusing, and contains an inactive proofreading domain, the research team decided to test whether it has the ability to synthesize DNA from RNA templates. 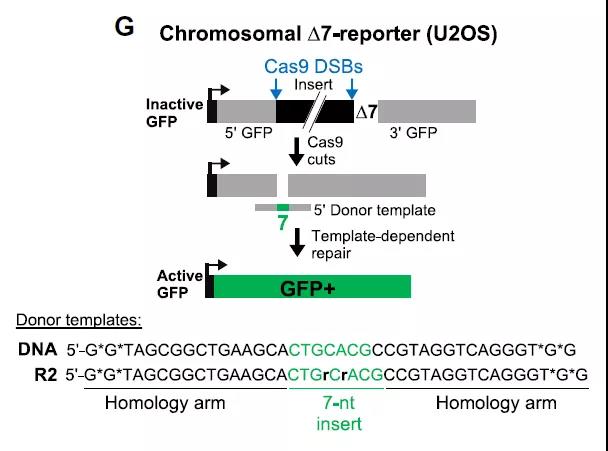 The research team confirmed that Polθ is more effective and accurate when using RNA templates to write DNA information than when copying DNA, indicating that the former may be its main cell function.

Next, Richard Pomerantz, the corresponding author of the study, collaborated with Professor Xiaojiang Chen of the University of Southern California, using the knowledge of X-ray crystallography in Chen Xiaojiang’s laboratory to analyze the crystal structure of Polθ. It was found that Polθ is similar to the reverse transcriptase of retroviruses, undergoing major structural changes to adapt to the type A DNA/RNA hybrid, and forming multiple hydrogen bonds with the template ribose hydroxyl group. 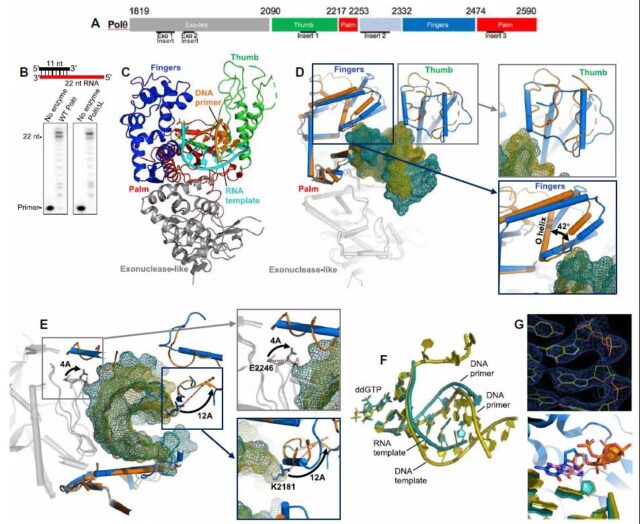 It is worth mentioning that Polθ is only expressed in a few tissue types, but it is highly expressed in many cancer cells, and the presence of Polθ corresponds to a poor clinical outcome. Polθ can confer resistance to cancer therapy and promote lack of DNA Survival of abnormal cells in damage repair pathways.

In general, the results of this study indicate that the main function of DNA polymerase θ (Pol θ) is to act as a reverse transcriptase. In healthy cells, Pol θ acts as RNA-mediated DNA repair. In cancer cells, Polθ is highly expressed, and promotes and promotes cancer cell growth and drug resistance.

This study reveals the activity of DNA polymerase θ (Polθ) on RNA and how it promotes DNA repair and cancer cell proliferation. This not only challenges the basic law of life science, “the central law”, but also suggests that Polθ is a promising Anti-cancer drug targets.

In addition, since DNA polymerase θ (Polθ) can use RNA as a template to compile DNA information, will the widely vaccinated mRNA vaccines have a far-reaching impact that is currently unknown?