JAMA: This gadget can relieve 92% of people’s hiccups

JAMA: This gadget can relieve 92% of people’s hiccups.    Hiccups, called “hiccups” in medicine, are a common physiological phenomenon. Generally, it is because we gobble it up, we inhale a lot of gas when we eat, which increases the intra-abdominal pressure, and the air enters the lungs, narrowing the gap between the two vocal cords and making strange noises.

Not only that, but eating too full, too hot, too cold, etc. can also cause hiccups. If hiccups are frequent or last too long, not only physical discomfort will occur, but some diseases may also occur. At this time, a simple and effective method is needed to stop hiccups.

On June 18, 2021, researchers from the University of Texas in the United States published an article titled: Evaluation of the Forced Inspiratory Suction and Swallow Tool to Stop Hiccups in JAMA Network Open, a sub-issue of the top international medical journal JAMA. This article Describes a new scientific hiccup intervention that effectively relieves 92% of people’s hiccups.

In this study, the researchers created a new tool, the Forced Inhale and Swallow Tool (FISST).

FISST is a rigid drinking water pipe with an inlet valve. It requires strong suction to suck water from the cup into the mouth. Suction and swallowing can stimulate the phrenic nerve and vagus nerve by inducing diaphragm contraction and epiglottis closure respectively to relieve Hiccup. FISST has a low-cost design and simple operation mode. 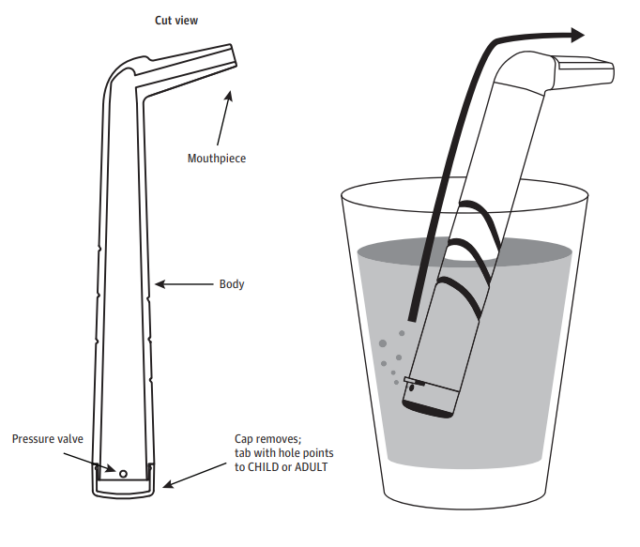 The study recruited a total of 674 hiccup participants, using FISST tools to treat hiccups. Among them, 249 people fully answered the survey and were included in the research analysis, and compared with other therapies. The main result is the subjective effect of FISST in participants compared to other therapies.

Among the 249 participants, adults accounted for 70%, the average age was 30, and the male to female ratio was 1:1. In terms of the frequency of hiccups, 69% of people reported that they hiccup at least once a month. Most cases (65%) are short-lived and last less than two hours.

Analysis of the survey results found that FIST stopped hiccups in nearly 92% of cases. In terms of satisfaction, 226 of the 249 participants confirmed that the tool is easy to use. 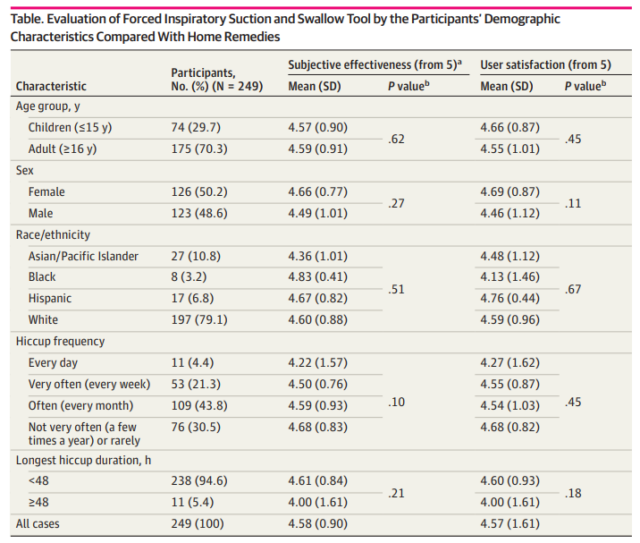 Participants and their evaluation of forced inhalation and swallowing tools

In another measure of subjective effectiveness, 183 of the 203 participants indicated that the use of FISST was effective.

The study described FISST, an effective tool for alleviating hiccups, which relieved hiccups in 92% of cases. In addition, FISST has a low-cost design and simple operation mode.

The tool was developed by the University of Texas Health Science Center in San Antonio. It is reported that it has been sold by a company in Colorado and has been accepted by a large supermarket chain.