Better to try to “permanently sleep” the tumor if cancer cells can’t be killed?

Better to try to “permanently sleep” the tumor if cancer cells can’t be killed?   Stem cells are like the seeds of life and the source cells of human life. In recent years, stem cells have developed rapidly as a new type of medical technology and have significant effects on various diseases. 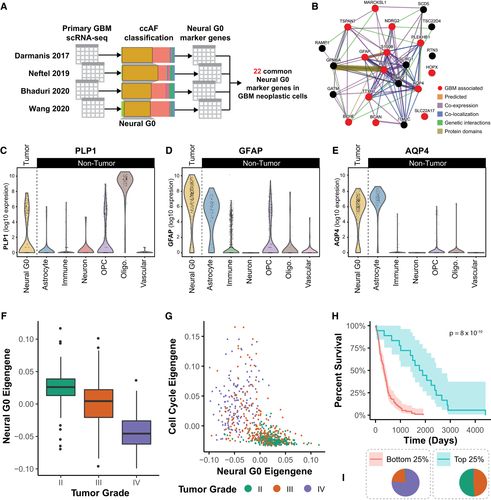 Under normal circumstances, most of the adult stem cells in adult individual tissues are in a dormant state, that is, “G0 phase”, and only under the induction of pathology or external factors can they show varying degrees of regeneration and renewal capabilities. For this reason, the researchers speculated, whether this characteristic of stem cells can be used to make cancer cells also enter a “sleep mode”, thereby effectively inhibiting the growth of tumors?

Because we still don’t know much about the detailed information on how stem cells regulate the “resting state”, in order to explore this issue more deeply, researchers at Arizona State University recently developed a single-cell RNA sequencing technology (scRNA-seq) A new type of cell cycle classification tool “ccAF” uncovers the mystery of how to maintain the “G0 state” of stem cells and captures the important impact of cell cycle progression on diseases, providing a deeper understanding of the survival of brain cancer patients may.

Related research results were published in “Molecular Systems Biology” with the title “Neural G0: a quiescent-like state found in neuroepithelial-derived cells and glioma”.

Glioma is the most common primary central nervous system tumor, accounting for about half of all intracranial primary tumors. Unfortunately, glioma is usually incurable. It spreads in the brain and is difficult to completely remove with surgery. Chemotherapy and radiotherapy usually only achieve limited results. Therefore, figuring out what triggers cancer cells to enter the division cycle or keep G0 at rest can find the mystery behind the deterioration of cancer.

In this latest experiment, researchers found that leading human neural stem cells (hNSC) into a new life cycle may be the key to opening new brain cancer treatments.

However, if you want to stop cancer cells in the quiescent phase, you must first be able to effectively identify the “G0 phase” of the cell. However, because the current state-of-the-art single-cell data analysis artifact “Seurat” fails to fully consider de novo cell clusters, including neural G0, for this reason, researchers created a new type of “ccAF” cell cycle classifier based on the neural network method to facilitate Yu has a deeper understanding of the cell cycle.

After analyzing the scRNA-seq data of gliomas based on the ccAF tool, the researchers found that normally, cancer cells are in the G0/G1 phase of the cell cycle. As tumors become more aggressive, there are fewer and fewer cancer cells in the G0 phase. , Resulting in faster cell proliferation and growth in the tumor microenvironment.

In further experiments, the researchers correlated the results of previous studies with the prognosis of patients with glioblastoma, and the results showed that the G0 stage has nothing to do with tumor proliferation rate, cell division, and the rate of new cell proliferation. This result may mean that in the future we can transform more cancer cells into a quiescent state, thereby reducing the aggressiveness of tumors.

The report’s corresponding author, Professor Plaisier of Arizona State University’s School of Biological and Health Systems Engineering, said: “Current cancer drug treatments focus on killing cancer cells. However, when cancer cells are killed, they release cell debris into The area around the tumor causes the remaining cells to become more resistant to the drug. Therefore, instead of killing the cells, it is better to put them to sleep. The situation may be much better.”

In short, the main feature of any cancer is the immortal proliferation of cells, so if we can figure out the mechanism of cancer cell proliferation, we can bring cancer patients a ray of life. At present, the research team is open source for the ccAF classifier tool, which will further warm the research of adult stem cell treatment of cancer, and hope that it can set off a new round of anti-cancer craze.