Humans have the ability to predict aging and disease for the first time: Stanford scholars develop an AI-based inflammatory aging clock-iAge

Humans have the ability to predict aging and disease for the first time.  Aging is a natural process. With age, all people will age slowly. This is a natural law that cannot be changed. Not only that, aging is often accompanied by a series of diseases, such as atherosclerosis, metabolic syndrome, neurodegeneration, and cognitive decline.

Recent studies have found that the occurrence of many aging-related diseases is closely related to the inflammation of the immune system. During the aging process, the immune system loses its ability to respond effectively to pathogens and cancer cells. This decline in immune function is called immune senescence. However, scientists have always lacked immune indicators that can identify high-risk individuals.

On July 12, 2021, researchers from Stanford University School of Medicine published a study titled: An inflammatory aging clock (iAge) based on deep learning tracks human multimorbidity, immunosenescence, frailty and cardiovascular aging in the journal Nature Aging, a sub-Journal of Nature Paper [1].

This research has developed a new aging clock based on artificial intelligence-iAge, which can monitor chronic inflammatory signals in the human body, so as to promptly detect individuals with increased risk of disease such as weakness, immune aging, and cardiovascular disease, or It is of great significance for early diagnosis and early intervention of aging-related diseases. 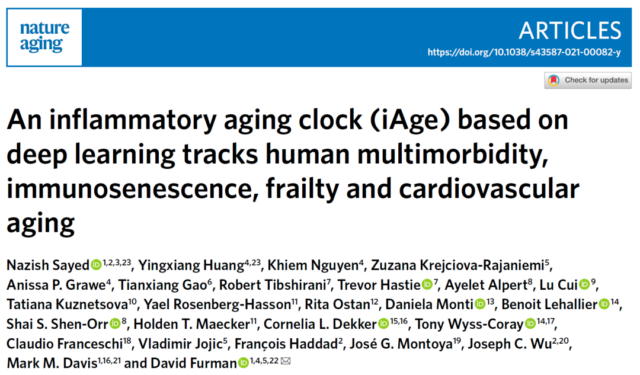 For more than one hundred years, people have recognized the important role of the immune system in maintaining human health and preventing infections. However, it was only in the last few decades that it was discovered that the inflammatory components of the immune system of the elderly often increase chronically and are associated with an increase in the incidence of cancer, cardiovascular diseases, neurodegenerative diseases and other diseases. 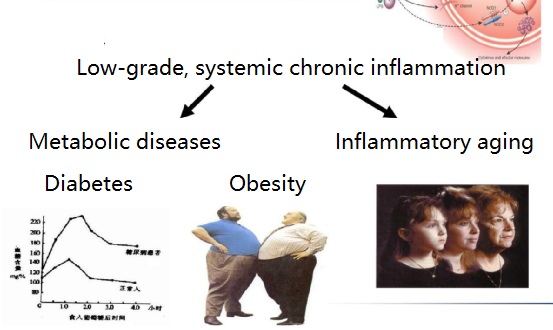 Chronic inflammation is closely related to many diseases

Contrary to acute inflammation that is usually caused by infection, chronic inflammation is thought to be caused by “sterile” factors such as physical, chemical, or metabolic stimuli. This type of inflammation is closely related to aging, and is characterized by a weak but long-lasting response, which eventually leads to collateral damage to tissues and organs.

Regrettably, although the interaction between the immune system and many age-related diseases has been fully characterized, there are few immune indicators that can describe chronic inflammatory conditions. This often leads to mutual interactions in some studies. Contradictory results.

The research team led by Professor David Furman of Stanford University School of Medicine has determined in previous studies the cellular composite measure of immune aging (IMM-AGE), which is closely related to all-cause mortality [2].

In this study, the research team further focused on soluble immune biomarkers and defined the relationship between systemic chronic inflammation and disease.

In order to study how the characteristics of chronic inflammation in the whole body change as we age, David Furman and colleagues studied blood samples of 1,001 people (aged 8-96; 66% were women) between 2007 and 2016, and used them at Stanford. The Immune Monitoring Center conducted a comprehensive measurement.

Researchers use various technology platforms to process and analyze the gene expression, serum cytokine levels, cell subpopulation composition, cell response to multiple stimuli, and seropositivity to cytomegalovirus (CMV) infection in peripheral blood samples. Among them, for 902 patients, a comprehensive health assessment was conducted using a clinical questionnaire with 53 characteristics. 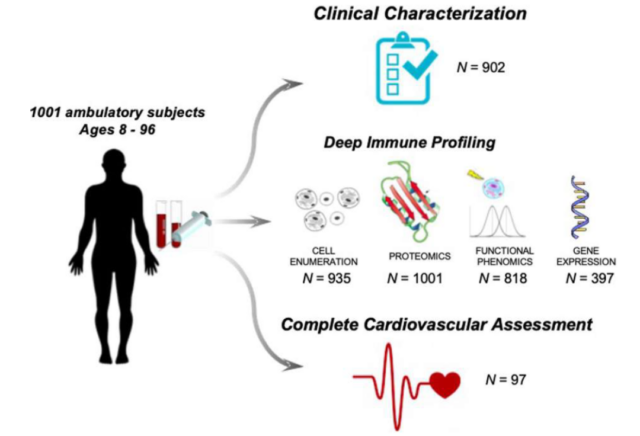 Flow chart of this research

Considering the importance of chronic inflammation to many human diseases and the lack of standard measurement standards, the research team used deep learning artificial intelligence algorithms to develop a new immune index, and called this inflammatory aging “clock”—— iAge. This “clock” of aging is based on the concept that the levels of specific immune cells and proteins in the blood fluctuate with aging.

Researchers have found that the larger the iAge, the earlier this age-related systemic inflammation pattern appears, and it is also more likely to experience various long-term health problems, including decreased immune function, cardiovascular disease, or early onset of the body weak. 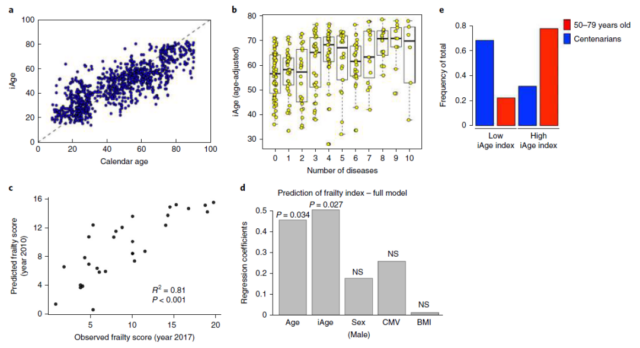 In addition, the research team also found through iAge that the interferon (IFN)-related chemokine CXCL9 is related to the up-regulation of multiple inflammatory pathway genes, down-regulation of proliferation pathways, and endothelial cell aging. In a validation study in healthy elderly people, CXCL9 inhibited the vascular function of mouse aortic tissue and was associated with subclinical heart remodeling and arterial stiffness. 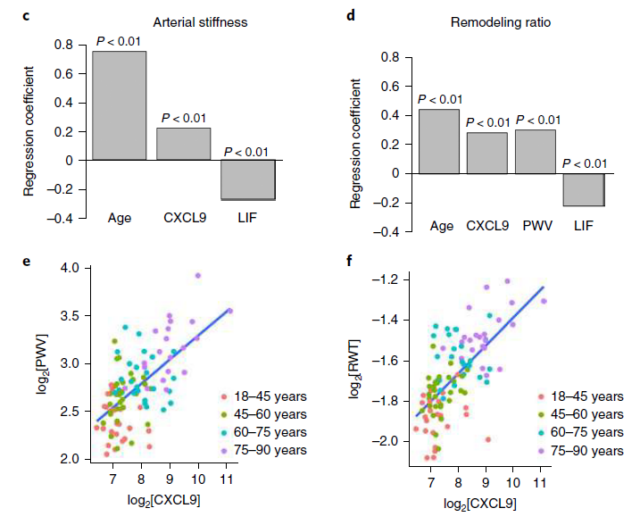 CXCL9 is an important pointer of iAge clock

In fact, the chemokine CXCL9 is a protein that usually helps the immune system activate T cells, and its age-related release is also considered a key factor produced by endothelial cells that can accelerate iAge. CXCL9 produces the above effects by promoting cell senescence. In this process, cells are induced into a dysfunctional state, which affects the normal function of blood vessels.

CXCL9 is a key factor regulating the aging of endothelial cells

In this regard, the researchers found that after silencing CXCL9, the early cell senescence and the loss of angiogenesis of senescent endothelial cells derived from induced pluripotent stem cells (iPSC) can be reversed. This reveals that iAge proteins such as CXCL9 may be important targets for the treatment of aging-related diseases. 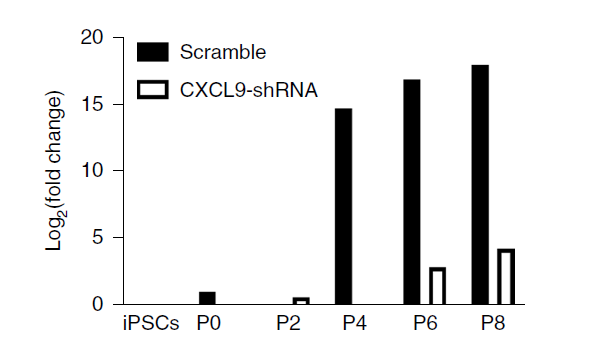 Silencing CXCL9 can reverse the senescent phenotype of endothelial cells

Professor David Furman said: “This study has identified a new indicator of age-related chronic inflammation. This indicator has successfully predicted and tracked multiple disease phenotypes in multiple cohorts, so it can be used as an indicator of healthy and unhealthy aging. Research results It also proved the link between the inflammatory molecules of the immune system and vascular biology.”

All in all, this research has developed iAge, a new “aging clock”, which can predict important aging phenotypes, thereby providing a new way to discover the risk of age-related diseases and decreased immune function in individuals, and proposes CXCL9 and other iAge proteins are potential new targets for the treatment of these symptoms.