The results showed that patients who were randomly assigned to receive a 150 mg oral dose of Orladeyo once a day at the beginning of the trial had an average monthly attack rate of 80% lower than baseline during Weeks 25-96.

During the same period, 16 out of 17 months, the median number of seizures also decreased from 2.7 per month at baseline to 0.0 per month.

Compared with part 1 (0-24 weeks) and part 2 (25-48 weeks) of the trial, Orladeyo was well tolerated and reported drug-related adverse events during treatment in part 3 (49-96 weeks) less. Of the patients who entered the trial, 81% completed the trial.

William Sheridan, Chief Medical Officer of BioCryst, said: “The long-term data from our clinical program for 2 years has strengthened Orladeyo’s significant and sustained long-term efficacy and safety in reducing HAE episodes. These results are in line with the fact that many patients in the real world have seen Orladeyo since we launched Orladeyo. The experience is consistent. Orladeyo is a key driver in addressing the needs of patients. We have seen patients shift from injectable preventive drugs and injectable acute treatment drugs to oral Orladeyo once a day to control HAE attacks.” 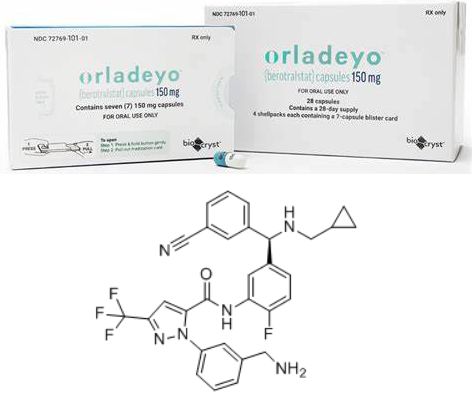 Orladeyo is the first targeted oral therapy approved for the prevention of HAE attacks. This medicine is an oral, once-a-day medicine used for children and adults aged 12 years and older to prevent HAE attacks. In December 2020, January 2021, and April 2021, Orladeyo was approved in the United States, Japan, and the European Union respectively. The approval of the drug on the market has brought significant progress to the treatment of HAE patients who have been waiting for oral preventive treatment options. Will help reduce the burden of treatment for patients.

The active pharmaceutical ingredient of Orladeyo is berotralstat, which is a new, oral, once-a-day, potent and selective inhibitor of human plasma kallikrein, which works by reducing the activity of plasma kallikrein. The drug was developed for HAE patients to prevent and treat the onset of angioedema. Currently, BioCryst is developing two formulations of berotralstat, capsules are developed to prevent HAE attacks, and oral liquid formulations are used to treat acute HAE attacks. 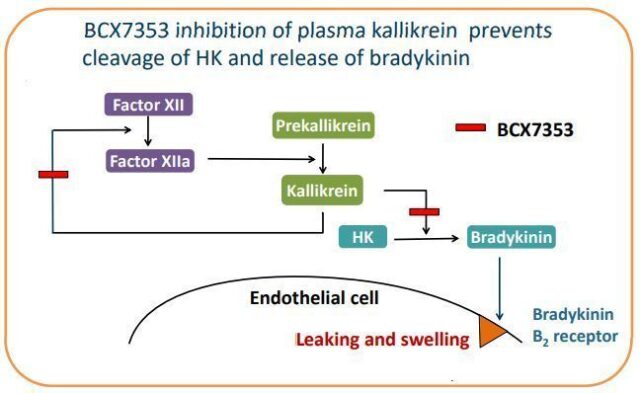 Orladeyo exhibits a persistently low HAE attack rate during COVID-19: Stress is the trigger for HAE attacks, and recently published doctor and patient survey data show that patients reported HAE attack rates due to increased stress associated with the COVID-19 pandemic Increase (before COVID: 1.5 times/3 months, during COVID: 4.4 times/3 months). In the APeX-S trial, an analysis of HAE patients who received oral Orladeyo 150mg once a day treatment showed that the monthly HAE attack rate, including before COVID and during COVID, always remained at a low level (<1 time/ month). Patients treated with Orladeyo maintain a low seizure rate during periods of high social stress and disturbance.