Kerendia was approved through a priority review process. At present, the drug is also undergoing regulatory review by the European Union, China and some other countries.

It is worth mentioning that Kerendia is the first non-steroidal selective MRA to show positive renal and cardiovascular outcomes in patients with CKD and T2D. Despite guidelines-guided treatment methods, many patients with CKD and T2D will still develop loss of renal function and have a high risk of cardiovascular events. Kerendia’s mechanism of action is different from existing therapies. By blocking the excessive activation of MR, the drug can directly target inflammation and fibrosis to delay the progression of the disease.

The FDA approval of Kerendia is based on the positive results of the pivotal Phase 3 FIDELIO-DKD study. Relevant data was announced at the American Society of Nephrology (ASN) Kidney Week 2020 and published in the New England Journal of Medicine (NEJM) in October 2020. For details, see: Effect of Finerenone on Chronic Kidney Disease Outcomes in Type 2 Diabetes .

The lead investigator of the FIDELIO-DKD study, Professor George L. Bakris of the University of Chicago School of Medicine, said: “There are more than 160 million CKD patients with T2D in the world. Even if blood glucose levels and blood pressure are well controlled, patients still have CKD progression Risk. This means that the medical needs for early intervention are very high. It is necessary to prevent further end-organ damage and premature death by slowing down the rate of renal function decline and reducing cardiovascular risk in patients. The approval of fineenone provides a new way. To protect patients from further kidney damage by addressing MR overactivation (a key driver of CKD progression), currently available treatments have not yet addressed this problem.”

The results showed that the study reached the primary endpoint: when combined with standard care, finerenone significantly reduced the risk of the composite primary endpoint of CKD progression, renal failure, and renal death compared with placebo. Specifically, with a median follow-up of 2.6 years, compared with placebo, finerenone will experience renal failure for the first time, the estimated glomerular filtration rate (eGFR) will continue to decrease from baseline by ≥40% for at least 4 weeks, and renal The compound risk of death was significantly reduced by 18% (HR=0.82; 95%CI: 0.73-0.93; p=0.0014). In the pre-specified subgroups, the effect of finerenone on the main outcome was generally consistent, and the treatment effect was sustained throughout the study period. 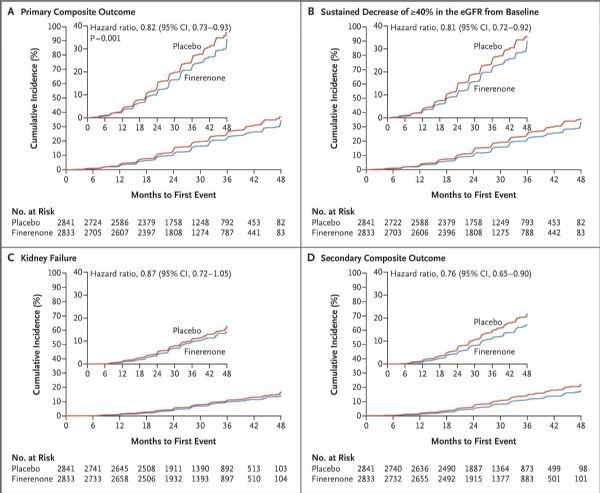 The finerenone phase III clinical project is by far the largest CKD phase III clinical project. The project consists of 2 studies and enrolled 13,000 T2D patients with widespread CKD disease from all over the world, including patients with early renal damage and more advanced renal disease. This project aims to evaluate the effects of finerenone and placebo in combination with standard care on the prognosis of kidney and cardiovascular (CV). 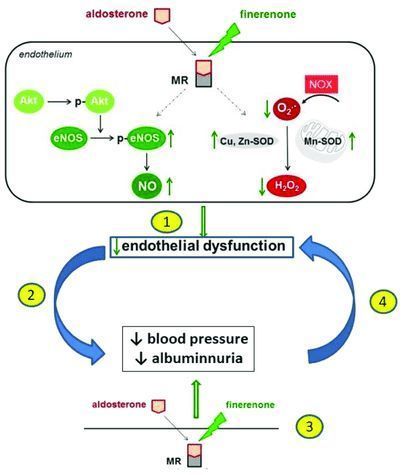 FIDELIO-DKD (finerenone reduces renal failure and disease progression in diabetic nephropathy) is a randomized, double-blind, placebo-controlled, parallel-group, multi-center, event-driven phase III study, enrolling more than 1,000 from 48 countries around the world Approximately 5700 T2D patients with CKD at the site. In the study, these patients were randomly assigned to receive 10 mg or 20 mg of finerenone or placebo once a day, while receiving standard care, including hypoglycemic therapy and maximum tolerated dose of renin-angiotensin system (RAS) blocker , Such as angiotensin converting enzyme (ACE) inhibitors or angiotensin II receptor blockers (ARB). The study has reached its primary endpoint.

The FIGARO-DKD (finerenone reduces the incidence and death of cardiovascular disease in diabetic nephropathy) is still in progress. The study enrolled about 7,400 T2D patients with CKD in 48 countries including Europe, Japan, China, and the United States. To investigate the efficacy and safety of finerenone and placebo combined with standard care in reducing the incidence and death of CV.

In addition, Bayer also initiated the FINEARTS-HF study, a multi-center, randomized, double-blind, placebo-controlled Phase III study that will examine more than 5,500 cases of symptomatic heart failure (HF) with a left ventricular ejection fraction ≥40%. ) Finerenone and placebo were investigated in patients (New York Heart Association Class II-IV). The main purpose of the study is to prove that finerenone is superior to placebo in reducing the incidence of composite endpoints of CV deaths and overall (first and recurring) HF events (defined as heart failure or emergency HF visits).